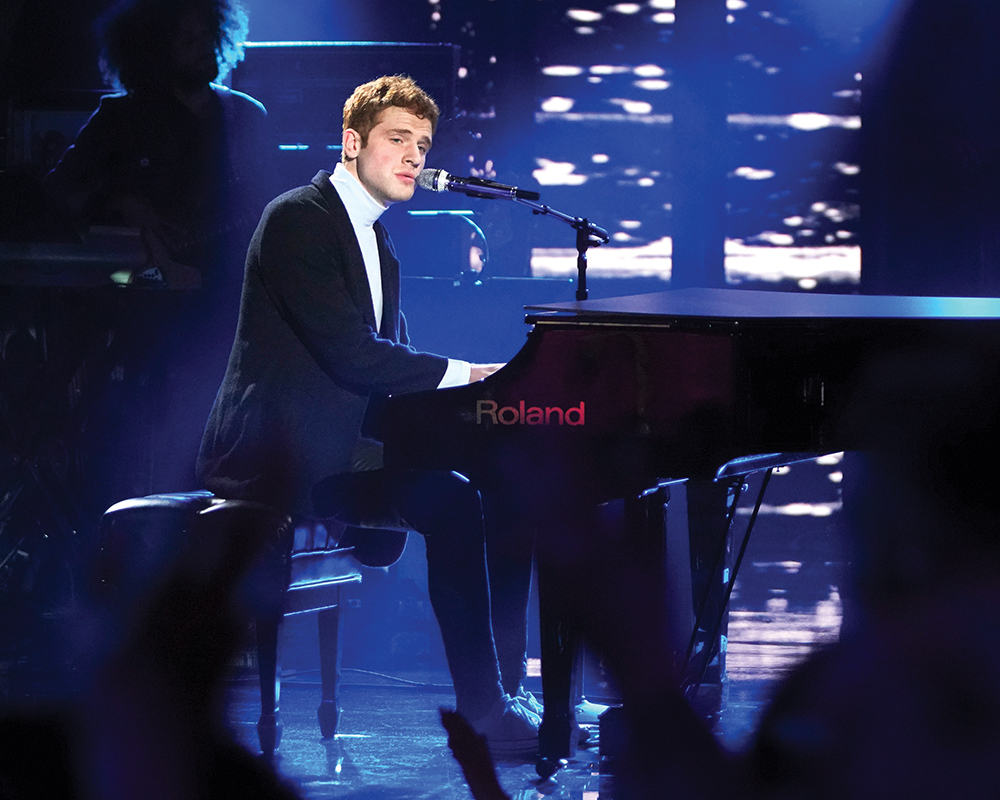 The season 17 contestant gave a powerful second performance of his original song “Almost Heaven,” about whether there’s a place for gay people in heaven.

The song, which wowed judges during Harmon’s first audition, was enough to see him voted through to one of the final ten spots in the competition.

Writing on Twitter, Harmon thanked those who voted for him, saying, “Tonight I feel like 8 year old me because I am going to Disneyland for the first time ever! Thank you all for your votes.”

Tonight I feel like 8 year old me because I am going to Disneyland for the first time ever! Thank you all for your votes 🖤 #top10 #TeamJer pic.twitter.com/74ud0xaCjG

In an exclusive in-depth interview with Metro Weekly, Harmon said that, whether he goes on to win Idol or not, he wants to make the most of the spotlight.

“What I see with Idol is a platform for me to showcase myself as an artist, to share my music with people, and to also share my story,” Harmon said. “Everything that’s happened so far in terms of how people have responded to my music and my story transcends the show itself. I would love to continue on this journey, no matter if I win, or if it ends for me before the finale. I think I would love to just continue writing my music and sharing myself with the world, whatever that looks like for me after this.”

He also touched on the reaction to his powerful coming out story.

Maryland-native Harmon, the son of a baptist pastor, came out to his family last year, and his journey has been chronicled during his rise on Idol.

He said that viewers have been reaching out to him to thank him for sharing his story, and have been detailing their own experiences to him.

“I think people have really felt empowered to share their stories with me. A lot of people have reached out and said, ‘I came out to my family. I’ve struggled with accepting myself. Thank you for sharing your story. I feel less alone and I feel like you’ve helped me in some way,'” he said. “There’s been a lot of that and honestly, that’s been so amazing to hear because I know that I’m not alone. And people, we connect to each other by our stories. We give each other meaning when we do that, and hope. That has been something that I didn’t foresee — such a huge response, as big as it has been. You kind of get the sense you’re a part of something bigger than yourself, and I think that’s been really cool to experience.”

Rhuaridh Marr is Metro Weekly's managing editor. He can be reached at rmarr@metroweekly.com.
← Previous Story Pete Buttigieg branded “king of cocks” and “sodomite” by conservative Christian pundit
Next Story → Transphobic teen kicked in the balls after trying to stage anti-trans protest in girls’ bathroom