The school's landlord, Holy Trinity Church, called the mural "offensive" to parishioners and demanded they "take care of it" 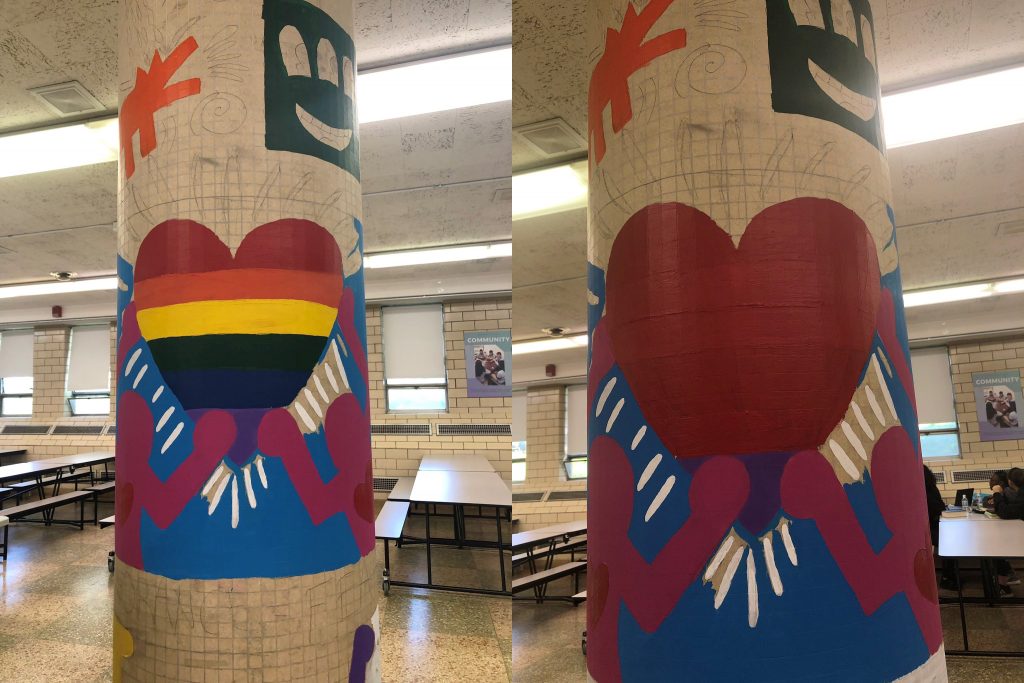 A school in New Jersey has been forced to paint over a student’s pro-LGBTQ mural after the Catholic Church complained.

The Bergen Arts and Science Charter School is a taxpayer-funded public charter school, whose landlord is Holy Trinity Church in Hackensack.

While the school is public, it is managed by a private nonprofit, and Bergen Arts and Science’s lease stipulates that the school “promises to conduct no affairs or establish any organizations that would be contrary to its Catholic moral values, ethics and faith.”

Rev. Paul Prevosto, pastor of the church, said that his parishioners had called the mural — painted by a 16-year-old student — “obscene.”

“It was offensive,” Prevosto told NorthJersey.com, adding that he had asked the school “to take care of it.”

The student who painted the mural — who asked that her name not be published — posted on social media that her honors class had all painted murals in the school cafeteria.

“As a queer student,” she chose to pay homage to Keith Haring, with a mural depicting silhouettes holding up a rainbow heart.

“My school’s owned by a Catholic Church and they want me to take down my Keith Haring mural that supports the LGBT community,” the student tweeted prior to the mural being painted over. “They think it’s inappropriate and wrong for a school setting. I’m heartbroken and I really never thought this could actually happen. Please help.”

“Forced, by my administration,” she continued. “The school is infringing on my rights just as much as the church now. A public school is complicit in discrimination.” 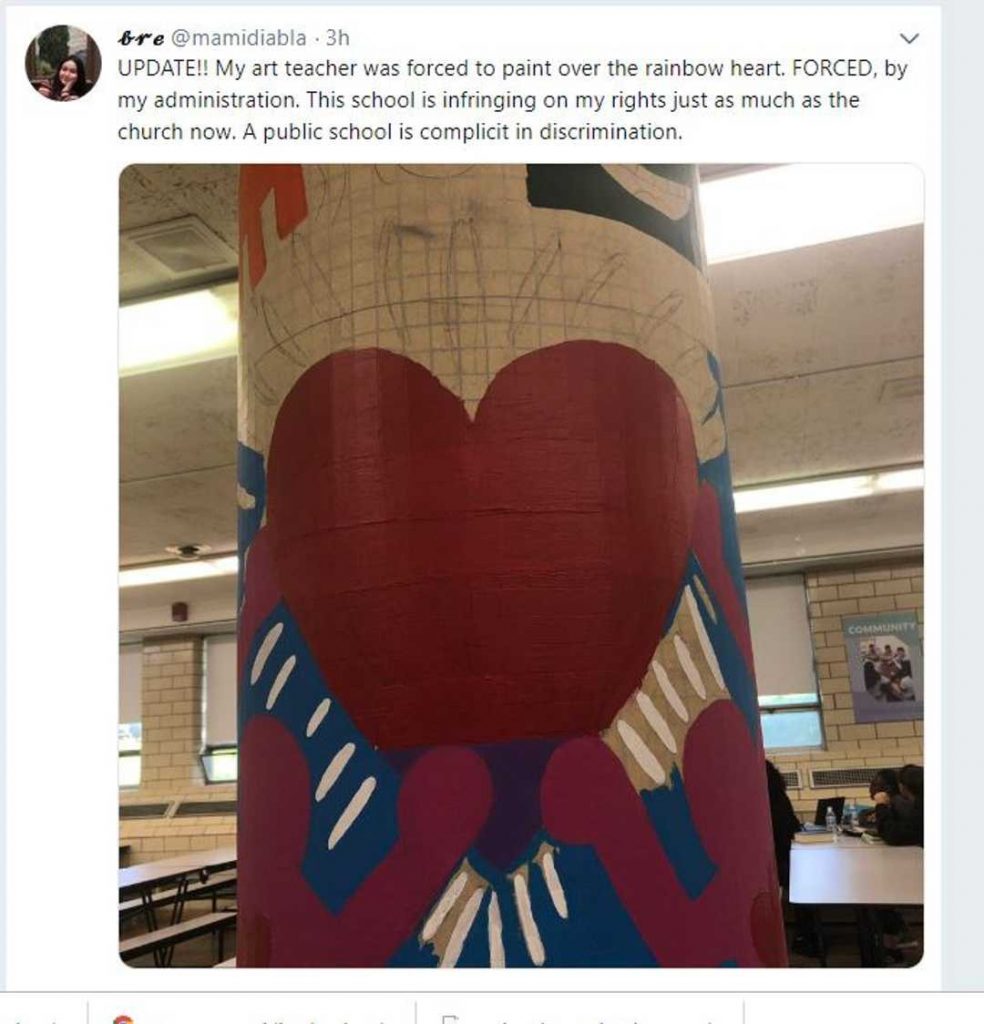 “It is offensive, unconscionable, and flatly unconstitutional for this church acting as a for-profit landlord to restrict a public school’s curriculum or censor student speech within those walls. This type of hate-fueled bigotry is precisely why New Jersey needs LGBTQ-inclusive curriculum to promote acceptance and understanding,” said Fuscarino. “Garden State Equality will never back down from fighting for LGBTQ youth, and we call on the Bergen Arts & Science Charter School to restore the artwork and enhance its curriculum to teach its students that hate and censorship are not welcome in New Jersey’s public schools.”

In a statement responding to the incident, the Archdiocese of Newark said that facts surrounding the incident had been “grossly misrepresented.”

“The Holy Trinity Church simply raised two concerns,” the statement reads. “First, that the school refrain from consistently painting on the building surfaces. Secondly, that the school remove some content in a new painting, which included some symbols of sexuality that were inappropriate for the building, as the building is utilized by parishioners of the Church, as well as the School.”

The Archdiocese then claims that it was the school who decided to paint over the heart, not the Church that forced them to do so.

“There was neither any specific discussion about that section of the painting, nor direction to remove it,” the Archdiocese said. “Clearly the school or teachers decided to amend that part of the mural in response on their own.”

The Archdiocese also said that they wished Garden State Equality had “contacted us directly about the matter. We are more than willing to meet with them to discuss it.”

However, Garden State Equality’s Fuscarino responded in a second statement, calling on the church to restore the mural and noting that Rev. Prevosto had called the mural “sexual” and “obscene” and demanded that the school “take care of it.”

“Rev. Paul Prevosto — the pastor of Holy Trinity Church in Hackensack which is the landlord of BASCS — is on the record calling the 16-year-old student’s LGBTQ pride mural ‘sexual,’ ‘offensive,’ and ‘obscene’ while confessing he demanded the school ‘to take care of it,'” Fuscarino said. “Garden State Equality works with many affirming religious institutions, but few have come close to displaying such militant opposition to LGBTQ people and recklessness for the facts throughout history.”

The New Jersey Department of Education is reportedly looking into the matter.

Also Read: Alabama Republicans want to abolish marriage licenses so homophobes don’t have to issue them to gays