Last Democrat not sponsoring the Equality Act says he'll vote for it, but wants some "religious liberty" concerns addressed 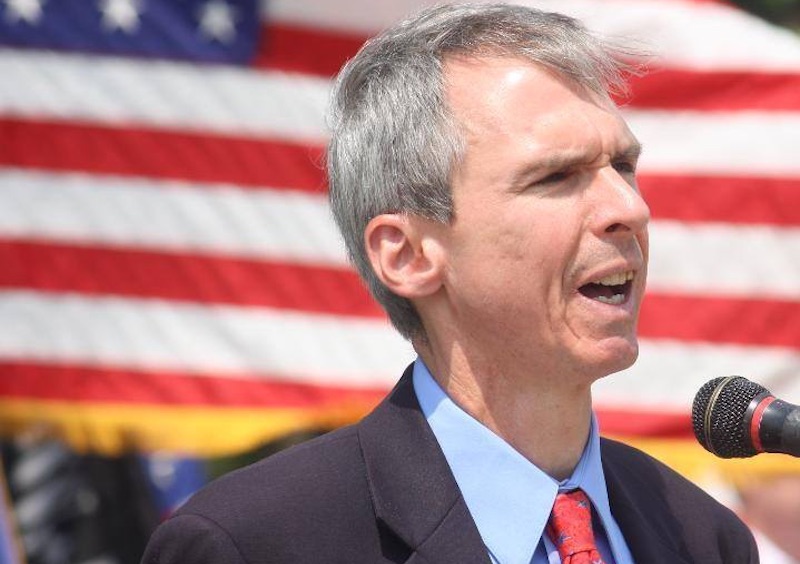 Rep. Dan Lipinski, the last holdout against the Equality Act in the House Democratic caucus, has reversed course and announced he will vote for the landmark LGBTQ rights bill when it is brought up for a vote on Friday.

The Illinois congressman, who is the only House Democrat not co-sponsoring the act, announced he would vote for the legislation despite concerns that it could conflict with religious liberty.

In a speech on the House floor, Lipinski said he’d vote for the bill but wants religious liberty concerns to be addressed before it becomes law, reports The Hill.

There are provisions in the bill, long-championed by LGBTQ activists, that would state that the federal Religious Freedom Restoration Act could not be used to justify or defend instances of discrimination, such as the denial of services to LGBTQ people in public accommodations.

“All Americans deserve equal treatment under the law and should have these rights protected, including individuals in the LGBT community,” Lipinski said. “At the same time, the free exercise of religious belief is a core ideal of our country, protected in the Constitution and through federal law.

“It is critical to ensure that religious freedom stands a chance to be fully lived out and fairly treated in court,” he continued. “This week, I will vote for the Equality Act for the broader goal. But before it becomes law, we must do more to ensure religious liberty.”

Lipinski pulled a similar stunt in 2009 with the Affordable Care Act as part of a coalition of pro-life Democrats who insisted that the “Stupak Amendment”, which would prohibit federal funds (in the form of insurance subsidies for lower-income Americans) from being used to purchase plans that covered abortion-related services, be added to the House version of the Affordable Care Act.

The amendment was adopted in the House, but was never added to the Senate version.

In 2010, when the Senate version of the bill came up for a vote (as a last-ditch effort to pass health care reform), Lipinski and a much smaller group of pro-life Democrats, including amendment author and former Rep. Bart Stupak (D-Mich.), wrangled President Obama into signing an executive order barring federal funding of abortion services.

In return, the remaining group of pro-life Democrats promised to vote for the Senate version. But when the bill came to the House floor, Lipinski voted against it.

Lipinski, who narrowly defeated primary challenger Marie Newman in 2018, had been under harsh criticism from the LGBTQ advocacy group GLAAD, who called his worries about religious liberty a “false flag,” and Newman, who sent out a fundraising email to supporters noting that Lipinski was the only Democrat not supporting the Equality Act.

Newman has already secured support from multiple progressive groups, including MoveOn, Democracy for America, and the Progressive Change Campaign Committee.

Meanwhile, Lipinski is receiving help from leadership, with Democratic Congressional Campaign Committee Chairwoman Cheri Bustos (D-Ill.) set to host a fundraiser for him next month.

Some progressives mistrust Lipinski because of his spotty record on LGBTQ rights.

While he voted to overturn the military’s “Don’t Ask, Don’t Tell” policy and an LGBTQ-inclusive federal hate crimes law, he voted against a stripped-down version of the Employment Non-Discrimination Act in 2007, and co-sponsored the First Amendment Defense Act.

He told The Hill he supported the bill over fears that churches might lose their tax-exempt status if they spoke out against same-sex marriage in the political arena.

GLAAD, which recently launched a digital campaign to apply pressure to Lipinski, declared victory in a tweet.

“Religion is an American value that’s treasured in this country — including for the LGBTQ community — and is not compromised in any way by ensuring equal rights and dignity for all people,” Zeke Stokes, the organization’s chief program officer, tweeted.

Religion is an American value that’s treasured in this country – including for the LGBTQ community – and is not compromised in any way by ensuring equal rights and dignity for all people. https://t.co/O8PnV5R3vc

John Riley is the local news reporter for Metro Weekly. He can be reached at jriley@metroweekly.com
← Previous Story Mississippi Republican calls for LGBTQ-inclusive hate crimes law
Next Story → Televangelist believes Equality Act will be as devastating to America as “atomic war”