Sims acknowledged that he was "aggressive," but said he would "fiercely protect a woman’s right to make the best choices for her health & her body, unimpeded"

Brian Sims, the openly gay Democratic state representative from Pennsylvania, is under fire from conservatives over videos he posted to Twitter last month of him confronting protesters outside a Planned Parenthood clinic.

In one of the videos, filmed via Periscope, Sims criticizes an elderly woman who appears to be praying the Rosary as she stands outside of the Philadelphia clinic, which is located in Sims’ legislative district.

Sims refers to the woman as “an old white lady telling people what to do with their bodies” and criticized her for “shaming people for something they have a constitutional right to do,” reports USA Today.

“What you’re doing here is disgusting,” Sims says. “This is wrong. You have no business being out here.”

He added: “How many children have you put shoes on their feet today? Have you fed any children today, or have you just stood out in front of a Planned Parenthood, shaming people for something that they have a constitutional right to do?”

The four-term state lawmaker also tells her to pray at home, accuses her of being engaged in “a racist act of judgment,” and criticizes her purported Christian beliefs.

“Shame on you,” he says, adding that he marvels at the “amount of mental gymnastics it must take to think that you have a right to tell a woman what’s right for her body” while “support[ing] a faith that has molested children across the planet.”

Live Action, a pro-life organization, posted the video and messaged Periscope, arguing that Sims’s broadcast “violates your rules on abusive behavior. He is harassing, intimidating and using fear to silence this sweet elderly woman.”

In response, Sims tweeted: “Bring it, Bible Bullies! You are bigots, sexists, and misogynists and I see right through your fake morals and your broken values.”

Bring it, Bible Bullies! You are bigots, sexists, and misogynists and I see right through your fake morals and your broken values. #BeReal https://t.co/kmDsrQsMmN

In the second video, Sims filmed himself confronting a woman and three teenage girls who were protesting outside the clinic, calling them “pseudo-Christians.”

“A bunch of white people, standing out in front of Planned Parenthood shaming people. There is nothing Christian about what you’re doing,” Sims said.

In that video, Sims offers $100 to anyone who could identify the girls, who range in age from 13 to 15 years old. Some suggested Sims was encouraging others to “dox” the girls, by posting personal information about them online for the purpose of harassing them.

In both videos, and in the tweets accompanying them, Sims encourages people to donate to Planned Parenthood, which advocates for access to abortion services, in addition to providing healthcare services including birth control, HIV services, STD testing, and hormone therapy for transgender people.

Ashley Garecht, 41, the mother of two of the teenage girls in the second video, claims that she, her daughters, and her older daughter’s friend were simply praying in front of the clinic and did not go to have a confrontation with anyone.

She told CBS Philadelphia that she was concerned for the girls’ safety, and eventually filed a report with her local police department because of the threat to dox the girls. Garecht says she wants Sims to offer the teenagers a direct apology.

“Absent the pro-life issue, this was about an adult interacting with minors in an aggressive manner and an adult infringing on minors’ speech,” she told CBS Philadelphia. “I don’t need an apology from him. I’m an adult. I’ve already forgiven him.”

She and her husband Joe subsequently started a GoFundMe page titled “Show Brian the Power of the Pro-Life Movement,” with the goal of raising $100,000 for the Pro-Life Union of Greater Philadelphia. That page has since raised more than $105,000.

Planned Parenthood issued a statement in response to the controversy.

“While we do not condone Representative Sims’ approach, our patients deserve to have access to health care without shame and stigma. Nobody should have to face shaming, judgment, harassment, or intimidation in order to get or provide health care,” Dayle Steinberg, the president and CEO of Planned Parenthood Southeastern Pennsylvania, said. “It’s important to know that in Pennsylvania we’re facing several abortion ban bills. We thank our champions — including Representative Sims — for their unwavering opposition to these bans.”

Sims later posted a video on his Facebook and Twitter feeds responding to the backlash against him.

Noting that he has lived near the clinic for 15 years — and calling it “one of the most heavily protested Planned Parenthoods in America” — Sims said that he goes to that clinic to get his prescription for PrEP and that he volunteers as a patient escort at the clinic, and has frequently seen women and girls seeking out reproductive health care being harassed by protesters.

“I have seen firsthand the insults, the slurs, the attacks, and the racism that those protesters aim at mostly young girls going there for clinical care,” Sims said.

He added: “What I should have shown you in that video was protesters gathered together to pray at — not to silently pray for — people coming in and out of Planned Parenthood as they intercepted them and harassed them.”

Acknowledging that in his videos he was “aggressive,” Sims concluded: “I know that two wrongs don’t make a right, and I can do better, and I will do better, for the women of Pennsylvania.”

I will fiercely protect a woman’s right to make the best choices for her health & her body, unimpeded. I also know that two wrongs don’t make a right, especially on the front lines of a civil rights battle. I can do better, and I will do better, for the women of Pennsylvania. pic.twitter.com/jURL1UX9qE

But pro-life activists are out for blood and demanding Sims’ resignation.

An online petition started by anti-abortion website LifeNews.com calling on Sims to resign has gathered more than 26,000 signatures.

“We call on Representative Brian Sims to resign immediately after this shameful harassment and bullying of a pro-life woman,” the petition reads. “If he does not resign, the Pennsylvania state legislature should censure him and take whatever other disciplinary measure that are appropriate.”

“Elected officials should not use their positions of power to harass citizens who are peacefully protesting,” GOP party chairman Val DiGiorgio said in a statement. “I hope our state and federal prosecutors will undertake review of this matter with the seriousness it deserves and uphold the role for which they were elected to, which demands holding people accountable for their actions.”

In the letter, DiGiorgio contends that Sims may have violated several state of federal laws, including those prohibiting threats/extortion, harassment, disorderly conduct, and cyberstalking.

DiGiorgio also suggests that Sims may have violated a state statute against “official oppression,” though according to the statute, it seems prosecutors would have to prove that Sims was “acting or purporting to act in an official capacity or taking advantage of such actual or purported capacity” by “den[ying] or imped[ing] another in the exercise or enjoyment of any right, privilege, power or immunity.”

In the first video, where he approaches the elderly woman praying, Sims identifies himself as a state representative.

After seeing Sims’ video message admitting he was aggressive towards protesters, DiGiorgio dismissed it as a “classic non-apology” for “his despicable, outrageous, and potentially criminal conduct.”

Sims was also denounced by Philadelphia Archbishop Charles Chaput, who accused the lawmaker of harassment and said in a statement that Sims’ actions were “unbecoming of an elected official.”

Sims’ behavior — as well as that of several other elected officials mired in their own controversies — drew an unofficial rebuke from both the Pennsylvania House Majority and Minority Leaders, who, without naming anyone, urged lawmakers to tone down their rhetoric and be more respectful of each other.

“There is no room for hate in any form in this chamber or in our own lives,” Majority Leader Bryan Cutler said in a speech on the House floor. “The people of Pennsylvania expect better from us, and we all promised to serve the people of our commonwealth to best of each of our abilities.”

Neither Cutler nor House Minority leader Frank Dermody indicated whether any further action would be taken against Sims or other members.

A spokesperson for Culter added that the leader would not comment on what the House Ethics Committee does and does not choose to investigate.

Editor’s note: This piece was updated to reflect that Sims identified himself as a public official in the first video confronting the elderly woman.

Eva O'Connor's passionate and touching play, at Solas Nua, looks at the human side of a complicated issue. 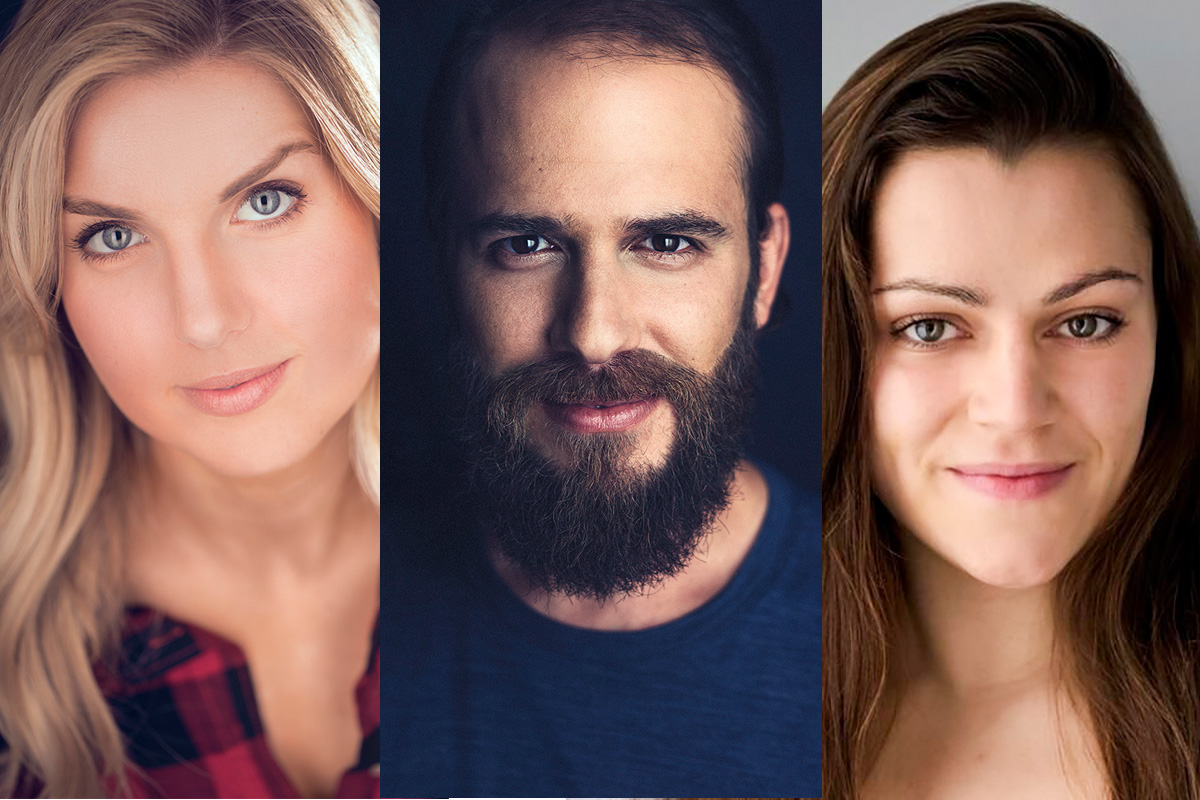 In 1983, "The Hateful 8th" amendment to the Irish constitution was signed into law, with the effect of making abortions illegal in the Catholic country.

And so it was for decades up until just a few years ago, after a concerted effort to sway public opinion and push for a repeal of the ban on abortion eventually paid off.

Pro-choice advocates in the U.S. might want to review the Irish case for any insights and ideas that might work for them in the likely event the Supreme Court strikes down Roe v. Wade next month.

What they'll find is that artists played a sizable role in advancing the Irish repeal effort, many of whom committed to creating art tackling the issue of reproductive issues and rights.