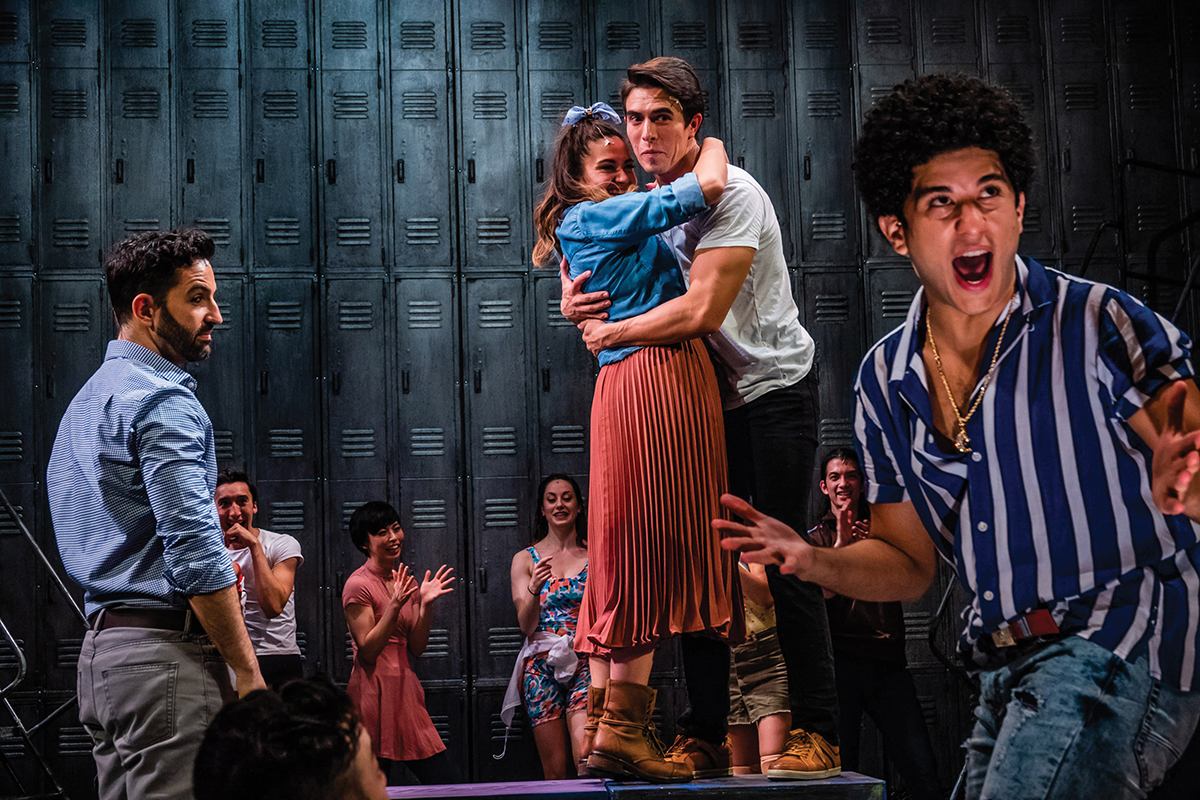 That this late-’80s stage reinvention of Fame barely includes any of the film’s memorable award-winning music never made much sense. But that matter presumably was settled long ago and far away by expensive legal representatives. Instead, Fame the Musical‘s creator David De Silva lashed an episodic book by José Fernandez, loosely based on the movie, to a score composed by Steve Margoshes, with lyrics by Jacques Levy.

One might hope that these original elements convey the heat and hardness of raging young artists thrown together at the midtown High School of the Performing Arts in Ed Koch’s New York. And certainly, the magnetic energy and appeal harnessed by director-choreographer Luis Salgado and his estimable cast in GALA Hispanic Theatre’s production creates strong connections. But not even the best efforts of Salgado’s multi-talented ensemble, nor those of music director Walter “Bobby” McCoy and some fine musicians, can spin Margoshes and Levy’s songs into much more than hummable plot conveyances.

For that matter, the best efforts of the cast don’t really come through in the singing anyway, except for Tanya De León, exceptional as shy, smitten acting student Serena. Rather, it’s the ensemble’s dancing and emoting that radiate a spirit of promise and abandon, down to the minute beats and gestures tucked between the full-on dance numbers. In the opener “Hard Work,” or merely in sarcastic asides, Salgado and cast speak as much through the characters’ body language, accented by Robert Croghan’s effective costumes, as they do through the script by Fernandez.

For this production, the script has been adapted by Salgado and his production associates into a hybrid of Spanish and English (all super-titled above the stage). The kids and their teachers slip easily between both tongues, registering a profound and accurate representation of today’s American high school. The interweaving storylines don’t land anywhere more profound than that, though. Following the film’s formula, the show gathers similar threads of a boisterous comedian experiencing an identity crisis, a dedicated musician-composer caught between dueling classical and commercial urges, and an interracial romance between an upper-class white ballerina and a streetwise black hip-hop dancer.

The brother, named Leroy in the movie, makes the big leap to being named Tyrone (Romainson Romain) for the musical, but he’s still illiterate, so, rejoice, that much hasn’t changed. Well, he raps in the musical, in a number called “Tyrone’s Rap,” which definitely sounds like rap composed by showtune writers. “Reggie Jackson, Jesse Jackson/Michael and Mahalia Jackson/What’s that got to do with me?” Good question, Tyrone.

It can’t be overlooked that one marvelous quality of the movie Fame is that the music and performances created by Leroy and his fellow arts school kids actually sounded, looked, and seemed like the art those kids would make. But in the stage show, the characters sing songs that sound written by someone else, and not by the great Michael Gore and Dean Pitchford, who wrote the unforgettable title song.

Thankfully, “Fame” the song made it into Fame the Musical, and it’s a delight to hear it belted by the whole cast. Altogether they are so much more engaging than the paltry plotlines the script doles out, or the one-trait characters they’re playing. In particular, Rafael Beato, as the conflicted comedian Joe Vegas, and De León as lovestruck Serena, create characters who amount to more than just a bag of ticks.

It’s a pity the script doesn’t even grant Joe a thoughtful resolution to his plot — but that doesn’t dampen the performer’s charisma, a shared trait among several members of a joyous, hard-working company. Salgado occasionally seems challenged to focus that abundant, collective energy as it overflows the limits of this merely decent musical with the name we all remember.

André Hereford covers arts and entertainment for Metro Weekly. He can be reached at ahereford@metroweekly.com. Follow him on Twitter at @here4andre.
← Previous Story DC Theater Review: Signature’s sublime ‘Spunk’
Next Story → Edmund Lewis plays up the comedy — and charm — in Folger’s Love’s Labor’s Lost