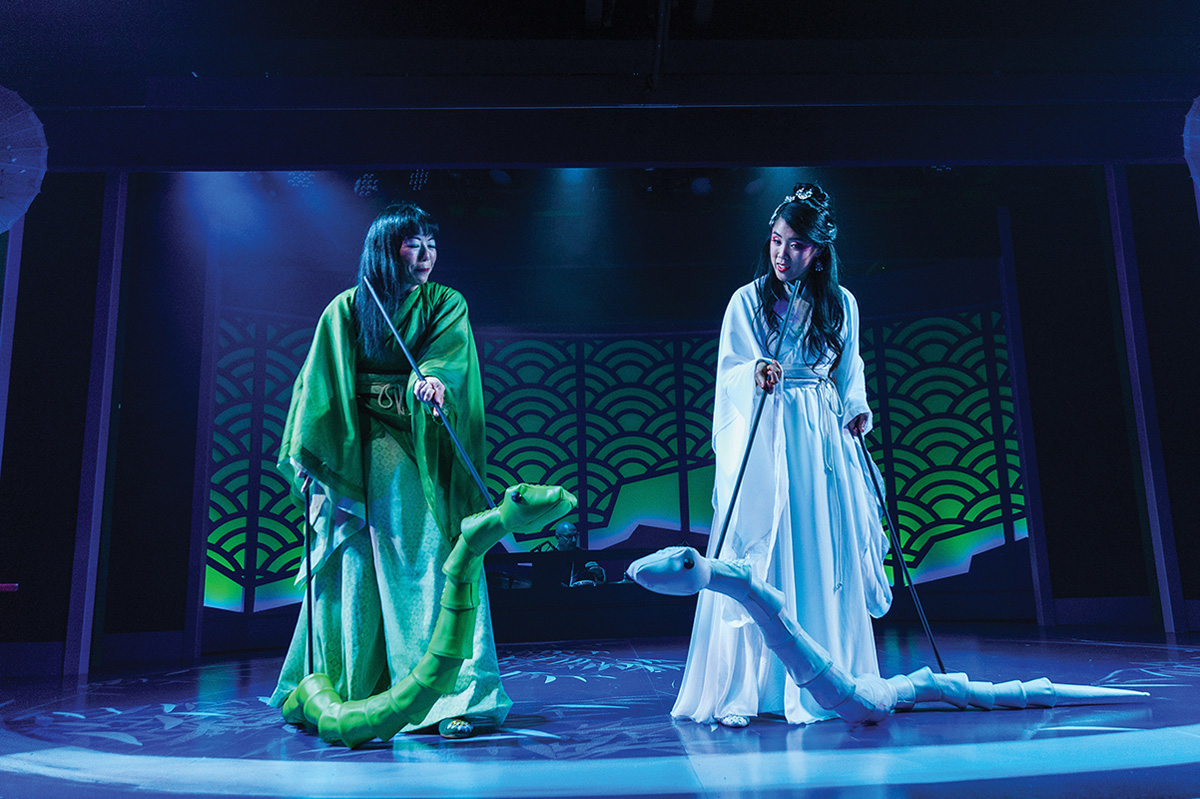 In Mary Zimmerman’s adaptation of the ancient Chinese legend, a snake spirit transforms itself into a woman in order to experience the human world, and in the process falls in love with a pharmacist’s assistant. Allison Arkell Stockman directs a production from her company Constellation Theatre that features live original music from multi-instrumentalist Tom Teasley and dulcimer virtuoso Chao Tian, plus a signature bold acting ensemble led by Eunice Bae, Momo Nakamura, and Jacob Yeh. To May 26. Source Theatre, 1835 14th St. NW. Tickets are $19 to $45. Call 202-204-7741 or visit www.constellationtheatre.org. 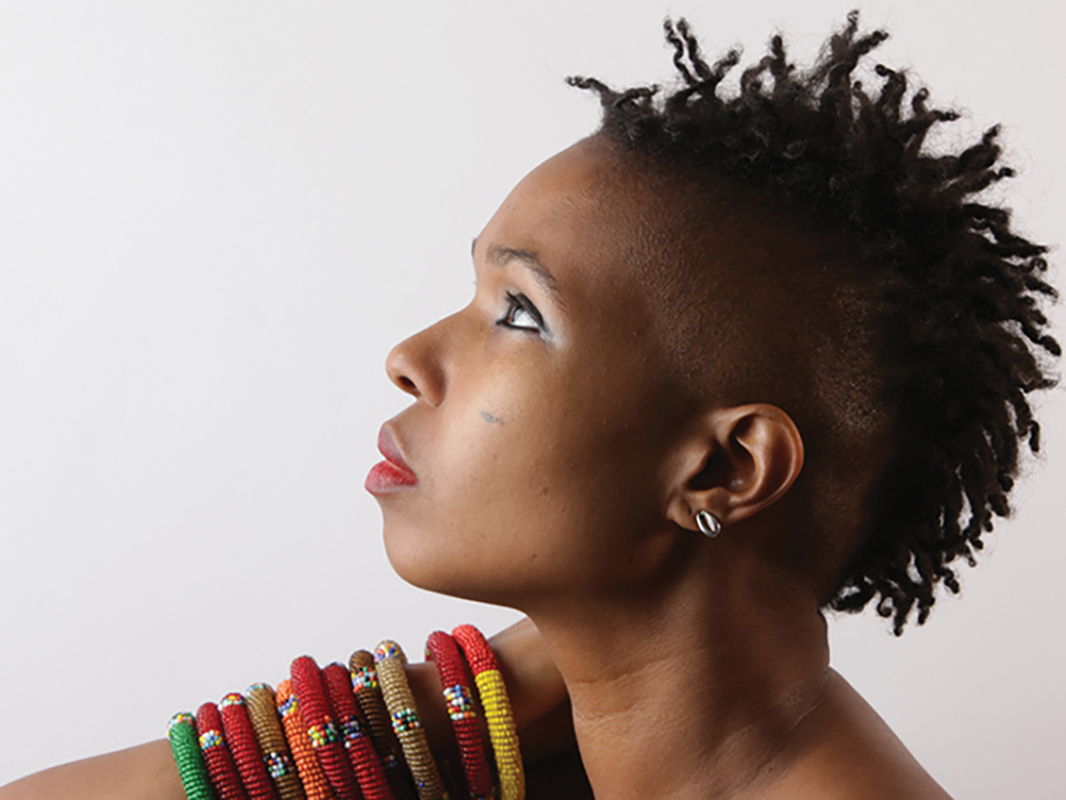 A D.C. native and Howard University alum, the young jazz vocalist and composer blends traditional, modern, and African jazz styles while singing in the showy manner of many of today’s leading soul/pop divas. Allrich is especially well-regarded for covering Nina Simone, though the focus of her next engagement at Blues Alley, titled “This Mother’s Daughter,” is a tribute to Wilson, the jazz vocal icon who died last December at the age of 81. Sunday, May 26, at 8 and 10 p.m. Blues Alley, 1073 Wisconsin Ave. NW. Tickets are $25, plus $6 fee and $12 minimum purchase. Call 202-337-4141 or visit www.bluesalley.com. 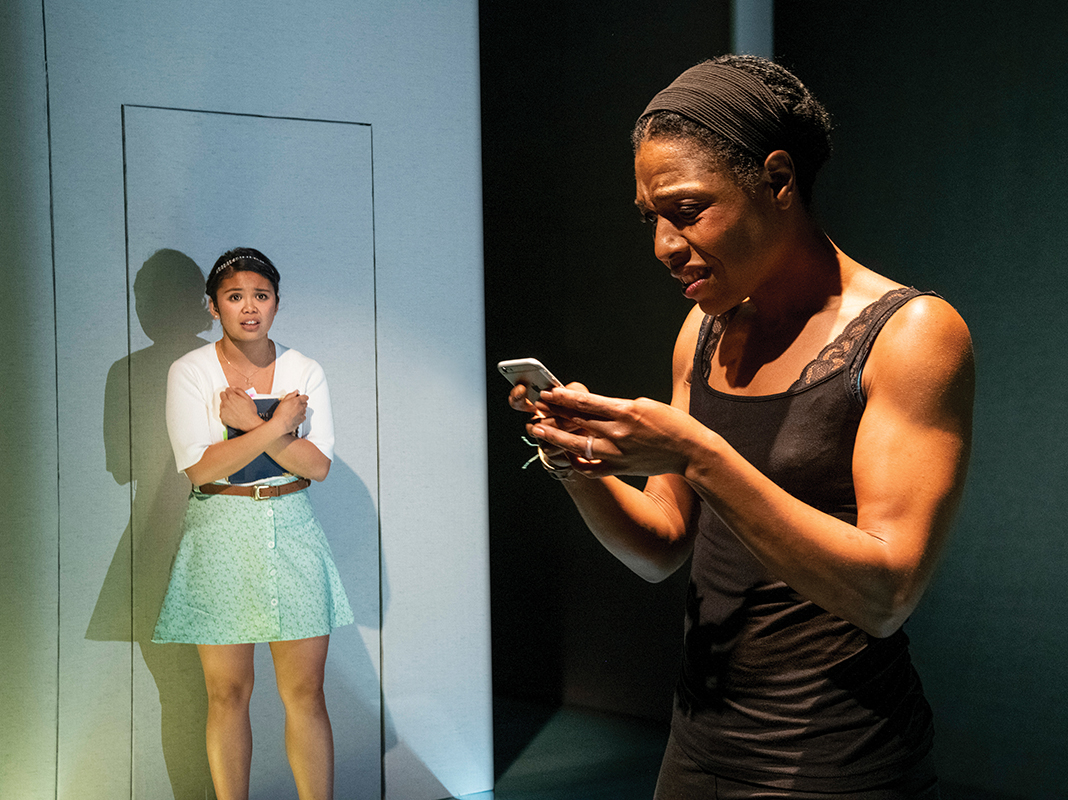 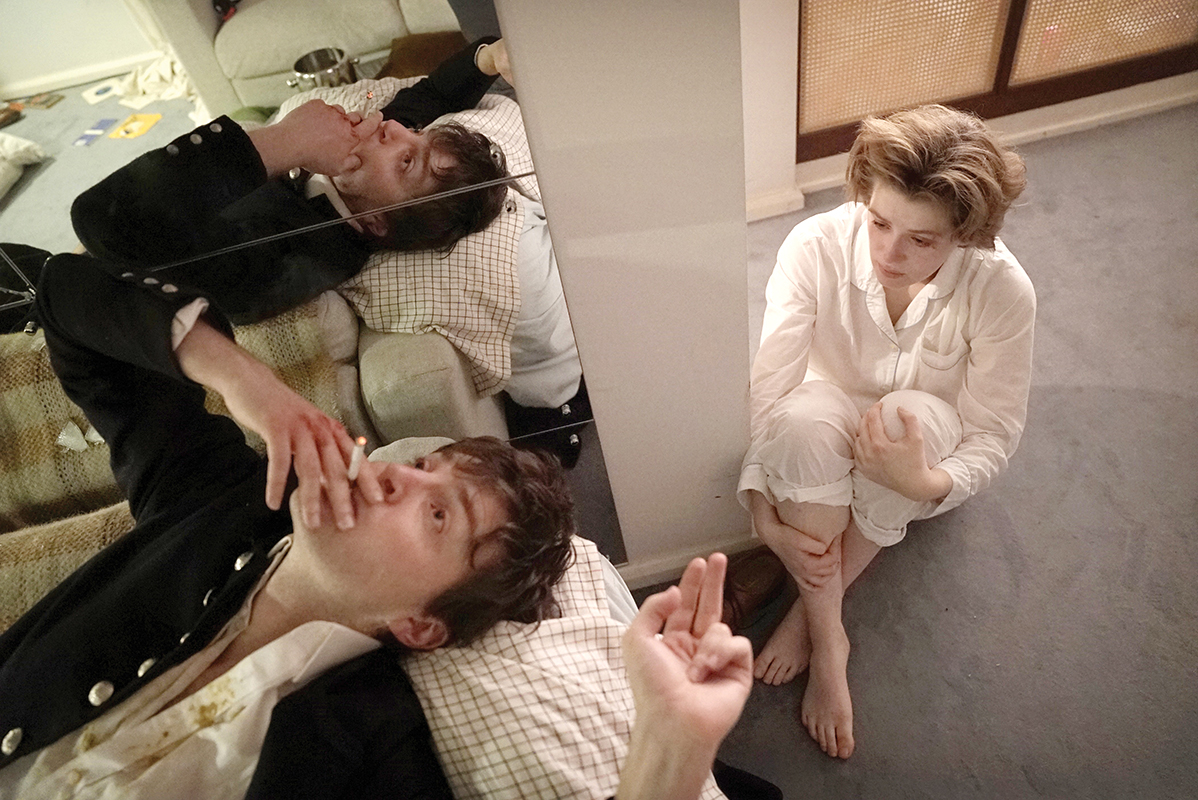 The Souvenir — Photo: Sandro Kopp; courtesy of A24

Among other expected and heretofore unknown legacies, this coming-of-age drama from critically acclaimed British filmmaker Joanna Hogg (Unrelated, Exhibition) will be remembered as the cinematic launching pad and feature film debut for Honor Swinton Byrne, the 21-year-old daughter of Oscar-winning actress Tilda Swinton and Scottish playwright John Byrne. The Daily Beast identified Byrne as “Hollywood’s Next Big Thing” in the headline to its review, noting Byrne “delivers a jaw-dropping breakout performance as a young woman infatuated with a toxic older man.” Her character, a shy film student in London, is so infatuated — and so naive — that she continues the relationship with her paramour (played by Tom Burke), defying her mother as well as her concerned friends, as they all recognize signs of heroin addiction. Naturally, Byrne’s real-life mother assumes the same role in The Souvenir, further heightening its appeal. Opens Friday, May 24. Landmark’s E Street Cinema, 555 11th St. NW. Call 202-452-7672 or visit www.landmarktheatres.com. 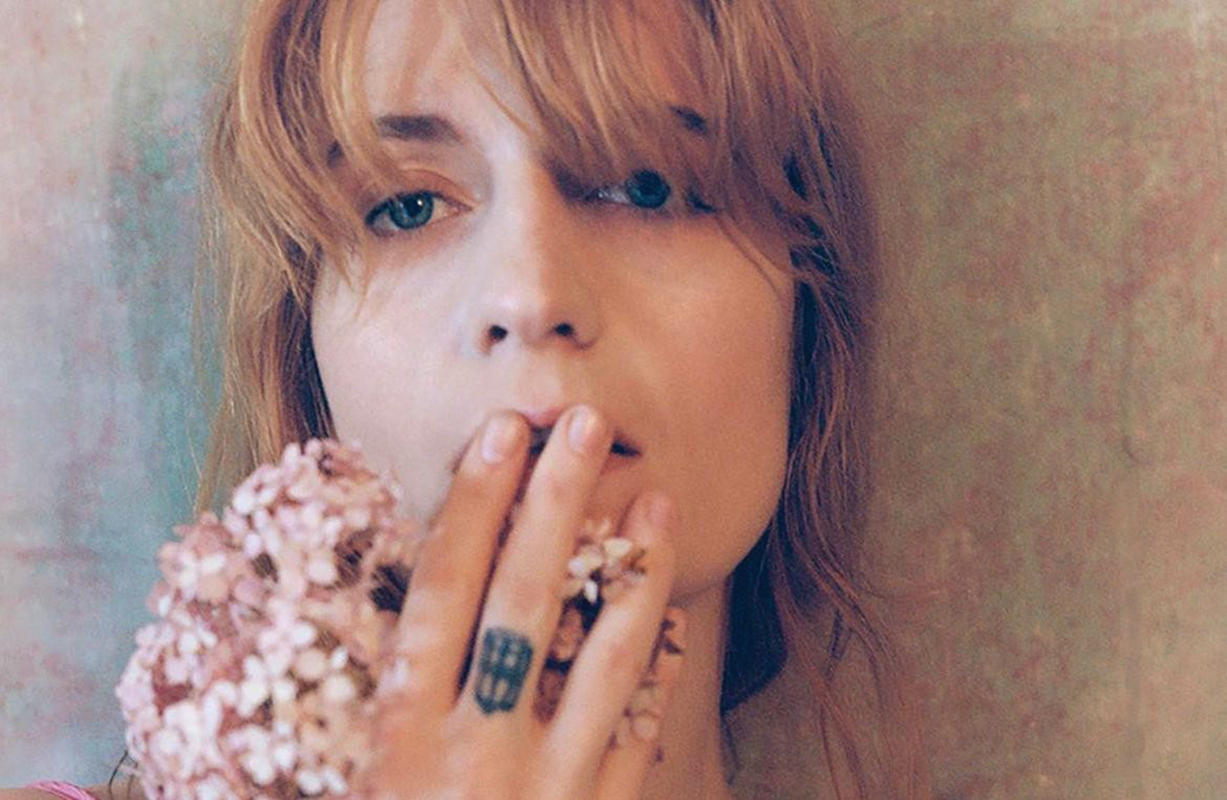 Lead singer Florence Welch emerged sylph-like in a white diaphanous gown when she took the stage at the Anthem on the first leg of her band’s High as Hope Tour last fall. Wielding a songbook of gorgeously melodic, midtempo power-pop built to propel Welch’s soaring vocals, the band materialized a sort of sing-along, clap-along church with Florence as the twirling preacher woman channeling the evening’s “healing, juicy, feminine energy.” There were no pauses for costume changes, or grand effects. Welch’s powerful voice was the effect the audience wanted to experience. Fans at the front bestowed gifts upon her — she bestowed her own with a performance that was as piercing during the encore as on the first song. Florence stirred lyrics into a beckoning, while the Machine supplied a steady drumbeat and lush arrangements leaning on harp and strings. They return at the top of June for a show under the stars, kicking off with a set of mid-tempo, sultry, alt-R&B tunes from the queer-identified black music producer/songwriter Dev Hynes (Solange Knowles, Sky Ferreira) performed under his moniker Blood Orange. Monday, June 3. Gates at 6 p.m. Merriweather Post Pavilion, 10475 Little Patuxent Parkway, Columbia, Md. Tickets are $109.50 to $375, or $39.50 for lawn seats. Call 800-551-SEAT or visit www.merriweathermusic.com. (AH) 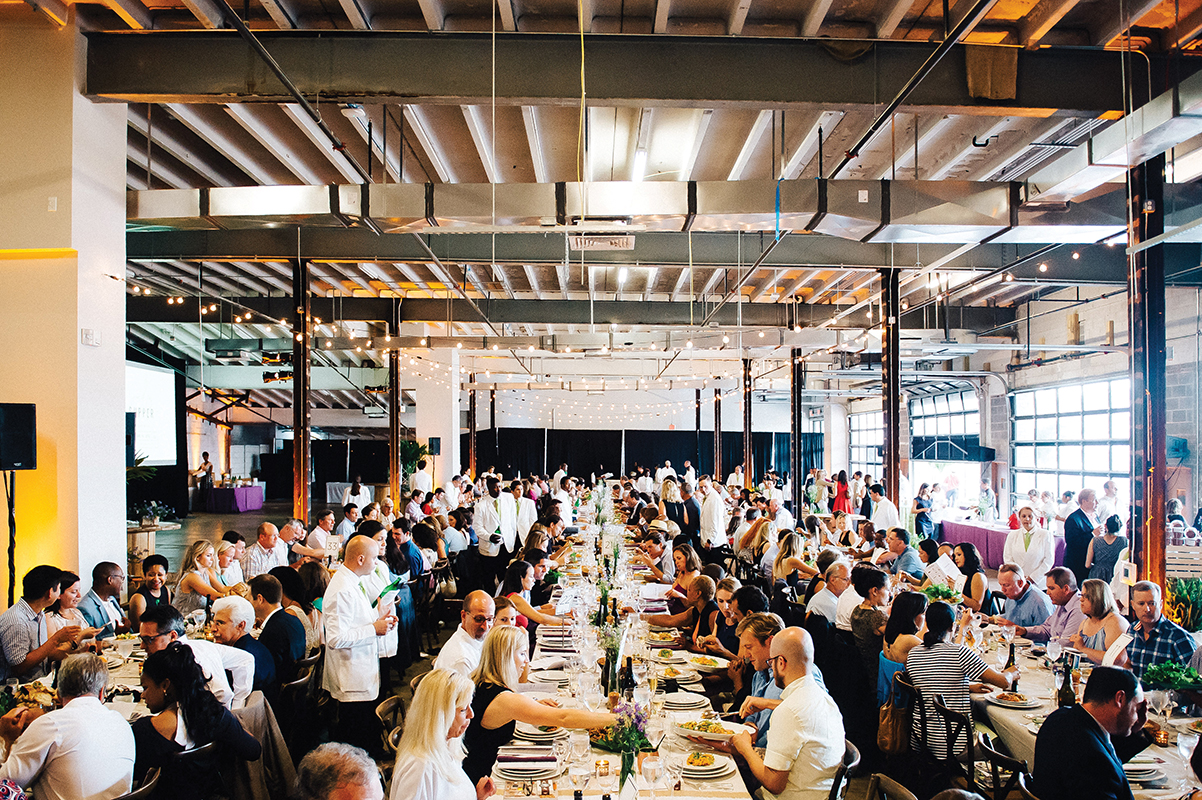