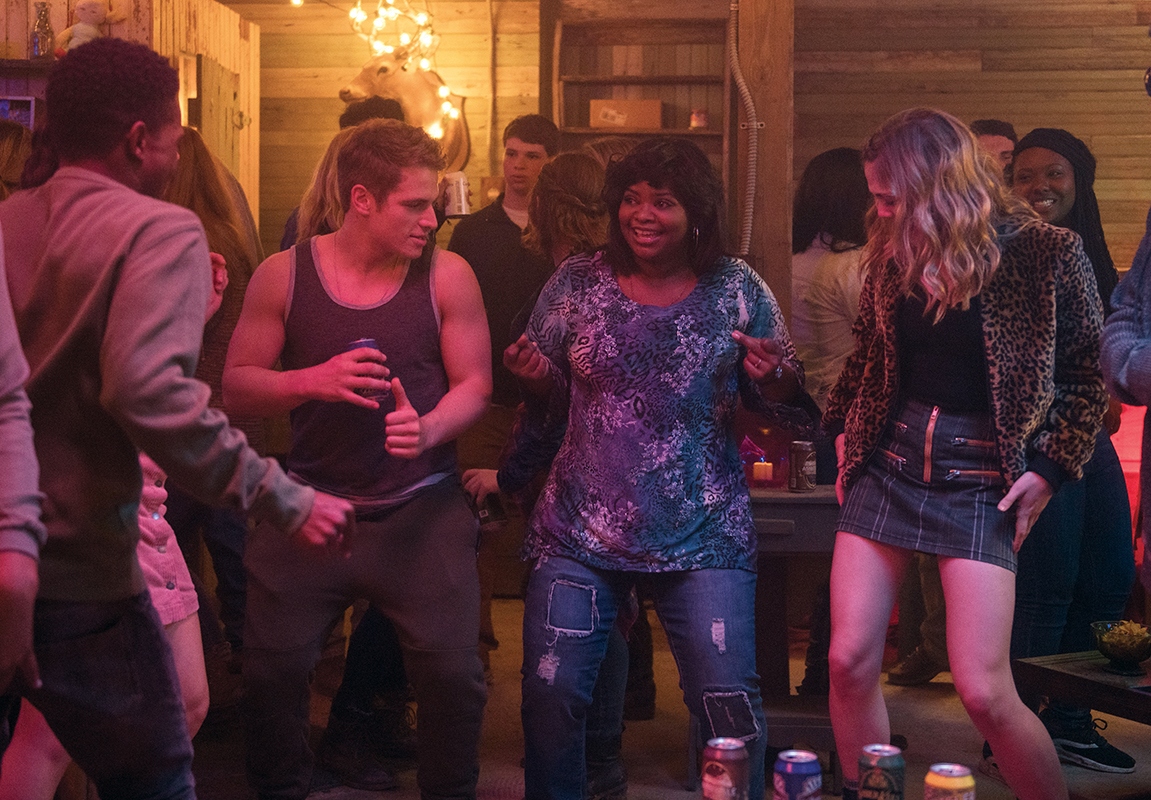 Before Octavia Spencer vaulted from her Oscar-winning role in The Help to beloved, SNL-hosting, Green Book-producing movie star, she made her bones specializing in scene-stealing bit parts. On the road to the Academy Awards, Spencer has portrayed more than her fair share of kooks, oddballs, and nurses — lots and lots of nurses.

Now it seems the Hidden Figures star’s brilliant career of playing wacky, or wacked-in-the-head, eccentrics has led her to Ma (★★★), and an oddball part that fits her as snugly as a pair of pink nurse’s pants. Spencer wears those pants, literally and figuratively, as unhinged veterinary nurse Sue Ann, a small-town spinster who kindly agrees to buy booze for some teens she meets outside a liquor store.

Of course, Sue Ann only seems kind at first, but there are plenty of red flags that she might actually be the wrong person to ask for favors. One dead giveaway is the chunky knit cardigan she always wears, like a latter-day Mother Voorhees, or somebody who shops the Sears Freddy Krueger collection. Second, she lives deep, deep, deep in the woods, which is where those same dumb teens follow her when she suggests they use her basement (!!!) to “party like rock stars” in safety and privacy. Because she cares that they’re not out in these streets drinking and driving. So make yourselves at home, and, please, call her “Ma” — just don’t go upstairs, or else.

Tate Taylor, who directed The Help, appears to know exactly what he’s working with here, marshaling Spencer and a solid cast through the motions of ludicrous but highly entertaining camp horror. Taking Sue Ann from smiling stranger to social media stalker in a snap, the film’s script and tone embraces the Whatever Happened to Baby Jane-style craziness of batty behavior, creeping suspense, and revealing flashbacks to traumatic events. The film frequently flashes to teenage Sue Ann (Kyanna Simone Simpson), on the verge of experiencing a hideous, life-changing high school trauma. Whatever happened to Sue Ann, it’s turned her into one rude hostess.

Unfortunately, ads and trailers have spoiled some of Ma’s intriguing backstory, and a few of her better tricks, but, to Taylor’s and screenwriter Scott Landes’ credit, the movie still has more to offer in the vein of twists and surprises. The jump scares don’t generally amount to much, but the film has attitude to spare, seen in morbidly funny touches like one sharp cut from cold-blooded murder to a sunny Earth, Wind & Fire song. And, in scene after scene, cinematographer Christina Voros devises effective ways of featuring Spencer in shots where she looms in the background, or hiding her in plain sight when she’s standing right there.

She’s a creepy one, this Sue Ann, jealous and inappropriate with the boys, Andy (Corey Fogelmanis), Chaz (Gianni Paolo), and Darrell (Dante Brown), and competitive and clingy with the girls, Maggie (Diana Silvers) and Haley (McKaley Miller). Perhaps reliving her own high school horrors, she’s every kid who ever craved a seat at the cool kids’ table but was cruelly denied. And she’s still pissed. 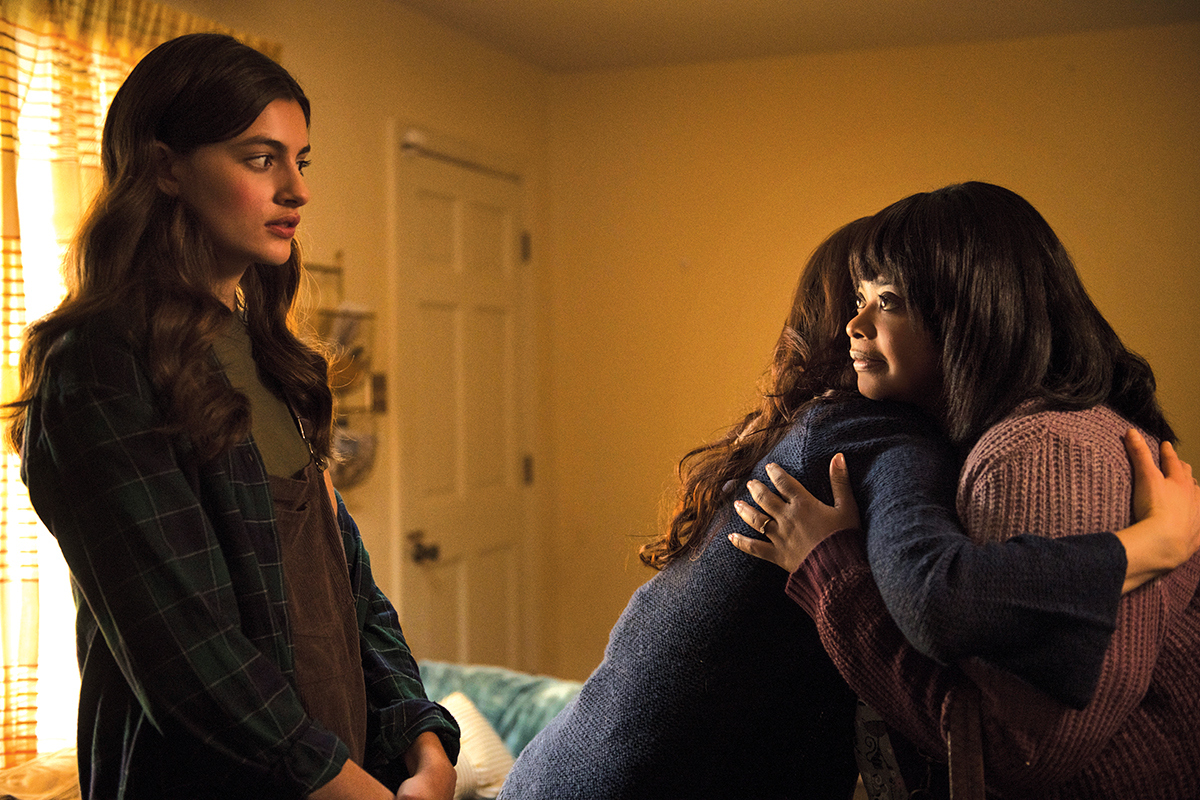 Spencer gets to tussle with a few other award-winning actors, including Allison Janney, who pops up as Sue Ann’s crank of a boss, Doctor Brooks. Janney’s verbally abusive vet repeatedly telling Sue Ann, in the most profane ways possible, to put down her phone and get to work is the quintessence of camp — as if Spencer and her Bette Davis eyes weren’t already enough.

Juliette Lewis, who often casts a kitschy effect in movies whether she likes it or not, actually turns in a smart, grounded performance as Maggie’s hard-working single mom Erica. She and Luke Evans, as Andy’s dad Ben, the town playboy, hit the target playing against the wild-eyed, lunatic tension of Sue Ann. They might have raised some gullible kids, but the parents in Ma, for the most part, exercise some know-how and common sense. Although common sense might not be enough when Ma is racing towards you in her Ford pickup, or chasing you down wielding a gun, a butcher knife, and a syringe full of Diazepam.

Ma is rated R, and opens nationwide on Friday, May 31. Visit www.fandango.com.