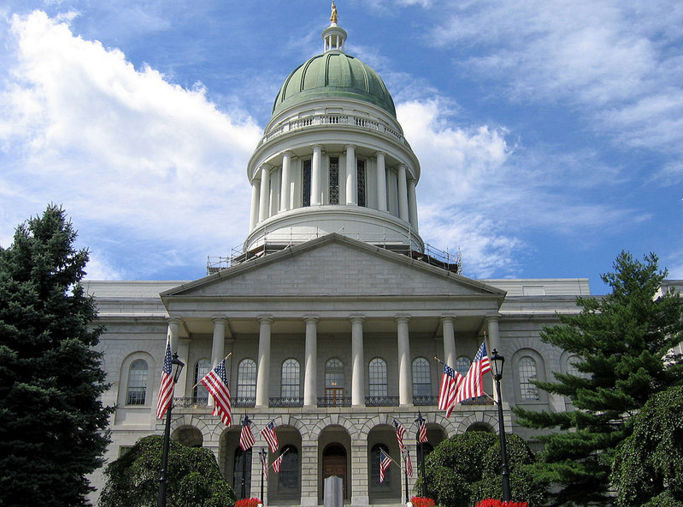 For the second year in a row, the Maine House of Representatives has passed a bill banning the practice of conversion therapy on minors. But this year, thanks to the election of a new governor, the bill is closer than ever to being signed into law.

The bill, similar to others that have passed in 16 other states, prohibits licensed counselors from attempting to change the sexual orientation and gender identity of minors, either by subjecting them to “talk” therapy or more extreme measures, such as forced vomiting, aversion therapy, or electroshock therapy. Any therapist who acts in an official capacity (as opposed to in a capacity as a religious advisor) could be threatened with discipline or even the loss of their license.

Other states are also in the process of passing similar bills, most notably in Colorado and Minnesota, where Govs. Jared Polis (D), who is openly gay, and Tim Walz (D), both of whom were LGBTQ allies when they were in Congress, stand ready to sign the bills into law.

Last year, Maine lawmakers passed bills to ban conversion therapy, but former Gov. Paul LePage (R) vetoed the bill, claiming it would punish therapists who even attempt to talk to LGBTQ youth about their feelings about their sexual orientation or gender identity.

What’s different about the political landscape this year is that Mainers elected Democrat Janet Mills, an LGBTQ rights supporter, as governor in November 2018. If the bill manages to pass the upper chamber, Mills is almost certain to sign the ban into law.

Last year, the bill’s lead sponsor, Rep. Ryan Fecteau (D-Biddeford), recounted how an encounter with a college administrator who suggested he could change his orientation, made him contemplate suicide. Fecteau said he introduced the conversion therapy ban to help protect other LGBTQ young people from feeling attacked or depressed about their identity.

Conversion therapy has been condemned by most mainstream medical and mental health organizations, including the American Psychiatric Association, American Psychological Association, and American Medical Association, who note that there is no scientific evidence backing up claims that such therapy can change sexual orientation or gender identity. Research has shown that people subjected to conversion therapy are at higher risk for depression, decreased self-esteem, substance abuse, homelessness, and suicidal ideation.

“It is heartening to see the Maine Representatives stand up for LGBTQ youth by passing this critical legislation that will protect some of the most vulnerable Mainers from an extremely damaging practice,” Xavier Persad, senior legislative counsel at the Human Rights Campaign, said in a statement following the House vote.

“So-called ‘conversion therapy’ is a harmful, debunked practice that has no place in Maine or anywhere else. We’re grateful to Equality Maine and Rep. Ryan Fecteau for their leadership in ensuring this bill passed through the House with [strong] bipartisan support. Now, the Senate should act quickly to pass this legislation and send it to the governor’s desk.”

See also: Cornhole for a Cause tournament seeks to raise money for SMYAL