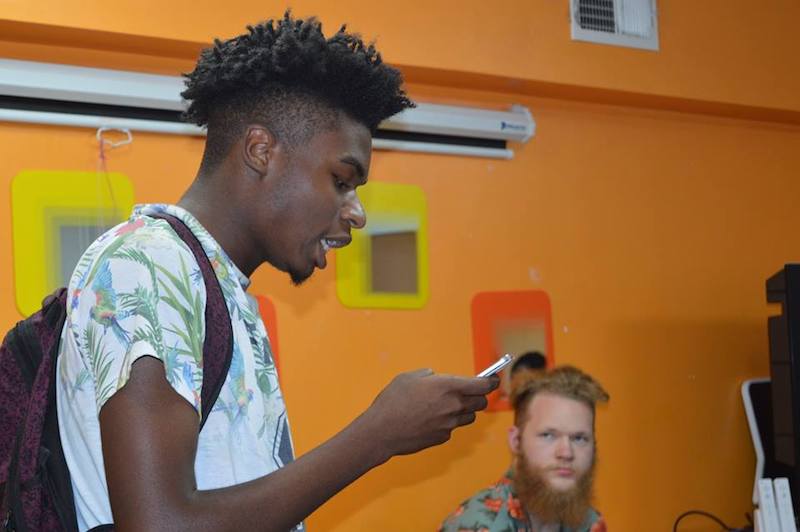 A performer at Floetic Fridays – Photo courtesy of Whitman-Walker Health

On May 10, Whitman-Walker Health, in partnership with RealTalk DC and Studio Theatre, will host a special session of “Floetic Fusion,” a youth-oriented mic night featuring some of D.C.’s renowned poets, rappers, and performance artists, from 5-8 p.m. on May 10.

Begun in 2003, the monthly event “Floetic Fridays” is now the District’s longest-running youth open mic night, providing a safe space for young people in D.C., including many from the LGBTQ community, to share their experiences and thoughts about what’s on their minds. At each session, held on the last Friday of each month at Whitman-Walker’s Peer Education Center, at 651 Pennsylvania Ave. SE, anybody is welcome to step to the mic and experiment with various forms of expression.

Floetic Fridays became so popular that two years ago, a second monthly open mic night, Floetic Uptown, was created on the second Friday of each month. That event is held at Whitman-Walker’s Logan Circle headquarters at 1525 14th St. NW.

“We’re bringing the two different components of Floetic into one space for a one-night collaboration, one that gives a more theater-like space that plays a better home to the different art and expression we typically see in the Floetic space,” says Jewel Addy, director of communications for Whitman-Walker Health.

As a program of Whitman-Walker Youth Services (originally Metro TeenAIDS), Floetic Fusion also offers young people the chance to get tested for HIV in order to take charge of their sexual health. This is particularly important given the rise in new HIV diagnoses over the past three years among District residents aged 13-29.

Friday’s event is a little different in that it is more of a closed mic session, with times allotted for specific performers, including Floetic Fridays hosts B. Doug and Motorcycle Jesus, and Floetic Uptown hosts Sol and Muse.

“Both sets of hosts for Floetic Fridays and Floetic Uptown each got to choose three additional artists to showcase this Friday,” explains Sol. “My co-host Muse and I picked Keep it PG, Zoë West, and Nina Rivera. We wanted to give a platfoarm to artists in our community that haven’t gotten the chance to perform on the Floetic platform, and who we feel are aligned with what our goals are. 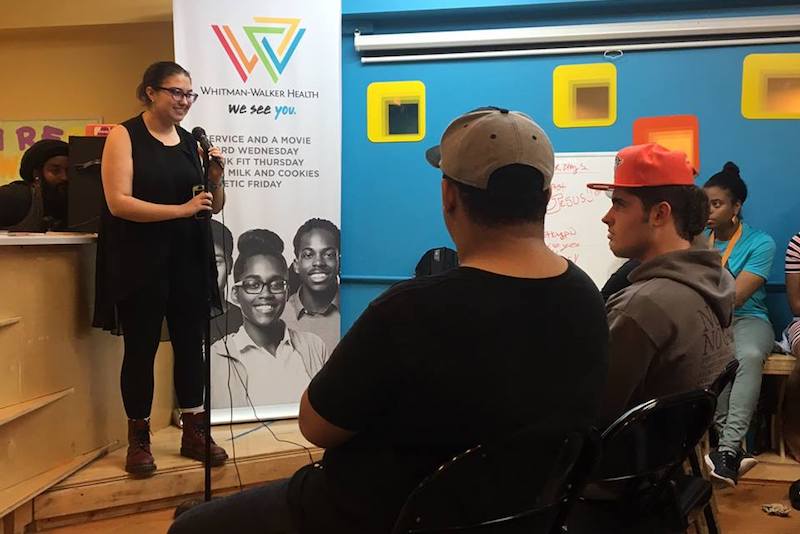 “Keep it PG is a poet, but the way he presents his spoken word is very theatrical, and he’s very engaged with the crowd, and I thought that would be a really great addition for this show,” adds Sol. “Zoë West is a comedienne that I met a couple of months ago at Busboys & Poets. I really liked her energy, and I’m always down to support femme artists of color. Nina Rivera is a singer-songwriter. Her music is calming, very ethereal, and I love her message, so I wanted her to be a part of this showcase as well.” 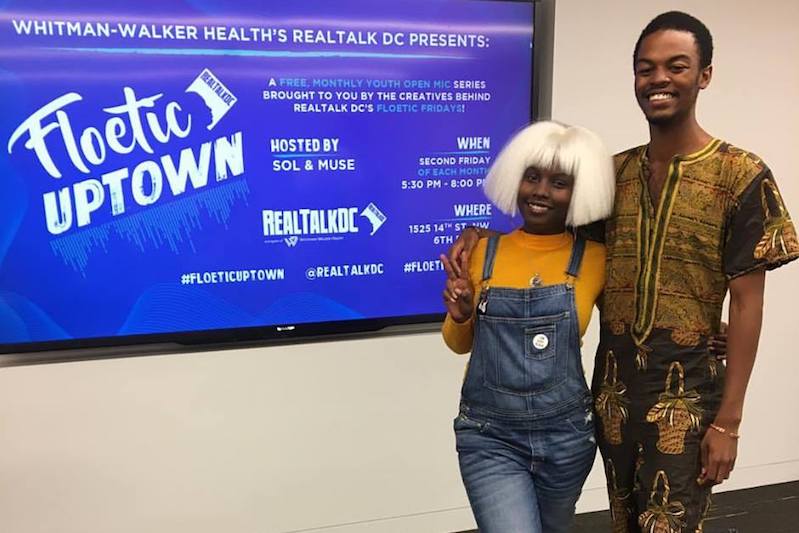 “Our purpose is to show youth that art is something you can aspire to do as a career, or even aside from your 9-5 job, to encourage youth that anything is possible if you do your part and put the work in,” she says. “We want to give a platform to artists in the city and the surrounding area so they can spread their message and have their art be seen and heard.”

In keeping with the tradition of Floetic Fridays, Whitman-Walker staff will be on site to provide confidential HIV testing.

“We want to encourage people to be in tune with your sexual health,” Sol says. “We’ll be having a PrEP info session during the show, and we’ll have a condom demonstration — which we do at most of our events — just to give the youth a little more information on their contraceptive options.”

Floetic Fusion is on Friday, May 10, from 5-8 p.m. at Studio Theatre, 1501 14th St. NW. For more information, visit www.whitman-walker.org/events/floetic-fusion.

See also: Transgender students at schools barring them from restrooms are at greater risk of sexual assault, study finds