Performers at the festival stage include Al Rogers, Third Sunday Band, and the Gay Men's Chorus of Washington 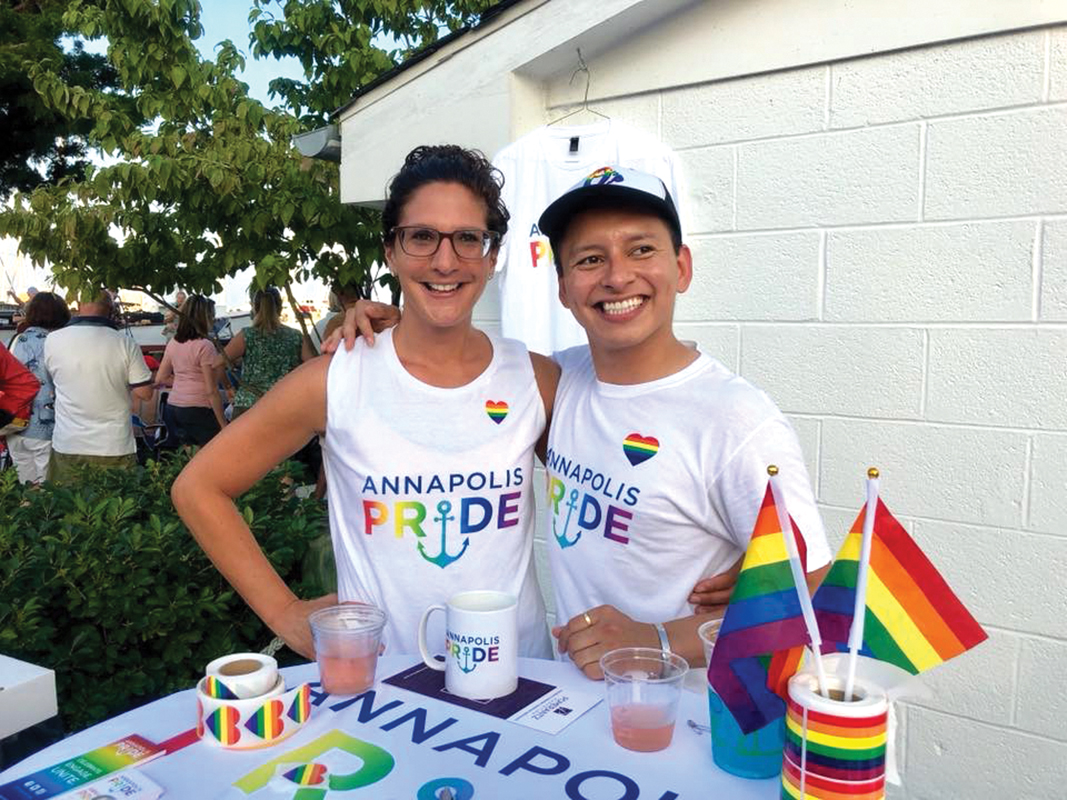 “Having a first-of-its-kind official Pride celebration is a big development for Annapolis,” says Jeremy Browning. “There were no Pride flags in Annapolis, and now you’re starting to see them pop up everywhere.”

Browning and several friends first came up with the idea for Annapolis Pride at the start of 2018. They went to Mayor Gavin Buckley and asked for an official proclamation recognizing June as Pride Month, and held a small celebration. Buckley’s office then suggested holding an official parade and festival in 2019, which the organizers set about planning.

“Our mission is to celebrate, engage, and unite the local LGBTQ community,” says Browning. “We want to build community, and increase visibility and awareness. Previously, the community wasn’t unified. It was very fragmented and there was no infrastructure. But now with social media, we’re able to come together in a way we couldn’t before.”

The parade, which will feature about 50 different marching contingents, will kick off from the intersection of Amos Garrett Boulevard and West Street at noon on Saturday, June 29. The parade will proceed down West Street and Calvert Street. The Pride Festival, featuring 80 different vendors, will be held in the block along West Street between Calvert Street and Church Circle, and at Whitmore Urban Park, from noon to 5 p.m. Performers at the festival stage include Al Rogers, Third Sunday Band, Mac + Blue, the Gay Men’s Chorus of Washington, and Priddy Music Academy.

While Annapolis and the surrounding Anne Arundel County have reputations for being socially conservative, the Pride celebration has attracted a significant amount of support from the local community.

“So many residents who live here say, ‘It’s so great I can be myself where I live,'” says Browning. “I never thought I’d see the day when I saw Pride flags flying on West Street. And with the city’s blessing.”

The Annapolis Pride Parade and Festival is Saturday, June 29 from Noon to 5 p.m. For locations of events and more information, visit www.annapolispride.org.