Calum Scott is a confident, remarkably honest gay singer-songwriter — and definitely not afraid to cry

Scott performs at the Capital Pride Concert on June 9 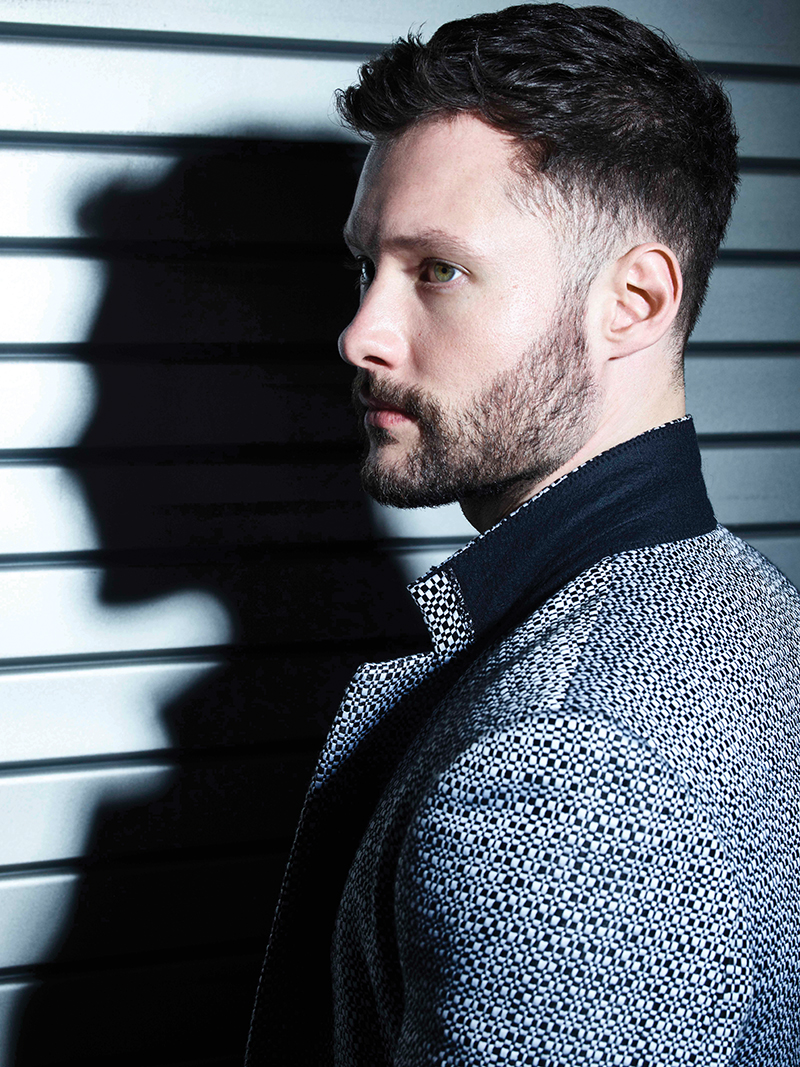 He had to wait more than three years after coming to fame with a stunningly dramatic cover of Robyn’s “Dancing on My Own,” but Calum Scott finally got a chance to meet the Swedish superstar.

Last December, the two just happened to be visiting the same London radio station. “I was absolutely, bloody gobsmacked that she was in the same building as me,” says Scott. “I was terrified to say anything to her. She almost walked by me. Her [assistant] said, ‘Oh that’s Calum Scott, by the way.’ She came running up to me with open arms. She gave me a big squeeze: ‘It’s so nice to finally meet you. I love your rendition of the song. It’s touched so many people around the world.’

“I kept it together for as long as she was in sight,” he continues, “[then] I bawled my eyes out. Because she is such a huge person within my musical life. Just listening to one of her songs and being inspired enough to cover it myself, to have the success I had with it, is a testament to her as a songwriter.”

It’s also a testament to Scott’s talents as an interpreter and an artist. His cover of the song became a hit in its own right across the globe, and helped propel Scott’s career as a young, gay pop crooner, and an increasingly confident, remarkably honest songwriter.

It’s not exactly something Scott had envisioned or even dreamt for himself before he auditioned for Britain’s Got Talent in 2015. It was there that he first debuted his Robyn cover, which sent him straight to the finals of the show and then on to a record deal.

“Prior to that, I was working for the local government in human resources,” says the native of Hull in Yorkshire, England. “I never, ever saw my life taking this route. Not only that, but I had not really done a lot of songwriting…. For me, songwriting was really daunting.” 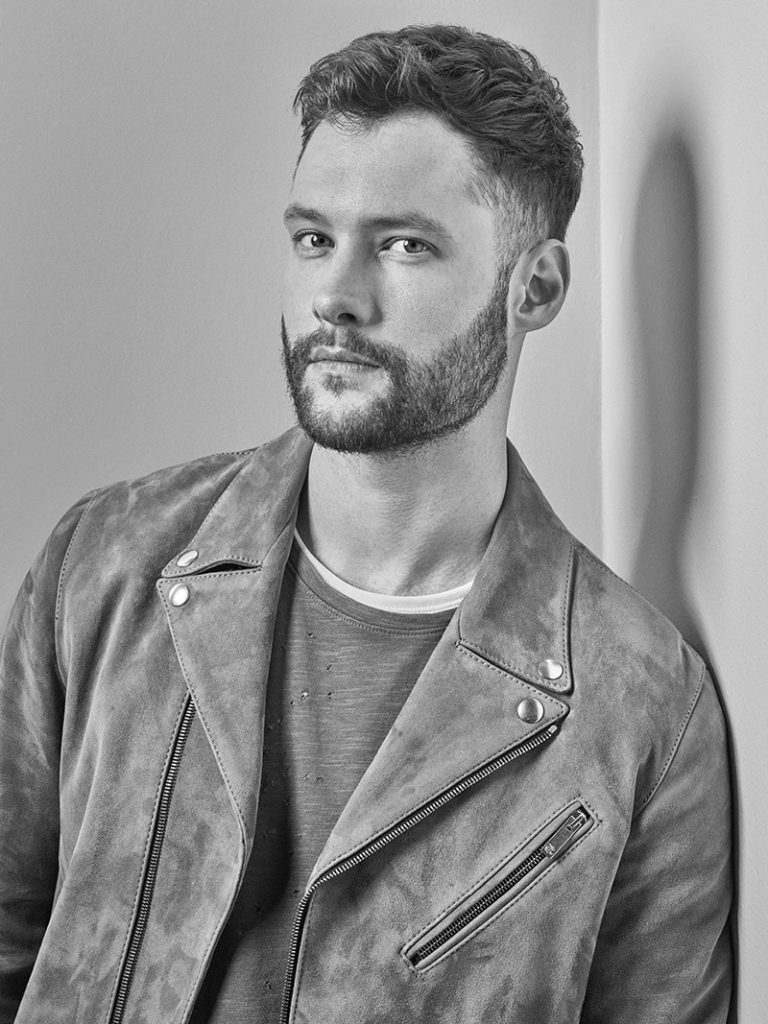 At first, he was reluctant to get too personal or autobiographical, but “as soon as I started putting honesty into my music, it just started to pour out of me.” The evidence is his 2018 full-length debut, Only Human. “The songs essentially were…journal entries that I was publishing to the world. Before release, I did go through a lot of panic and a lot of anxiety: ‘Should I release these songs?’ The struggle I’d had with my coming out experience. Growing up not really accepting who I was.”

Last October, to coincide with Coming Out Day, Scott released a special expanded edition of Only Human featuring “No Matter What,” a new song that touches on his coming out — from his parents, who responded affirmatively, to a few childhood pals, who didn’t. “When I told my friends, I was abandoned for it,” he says. “So I suppressed who I was pretty much through all of my teens and my twenties.”

Now the 30-year-old artist sees it as his mission to be open and honest, out and outspoken.

“Especially when I’d written ‘No Matter What,’ I was reminded that now I’ve got a job to do,” he says. “Which is to educate people about my experience in the hopes [they’ll respond], ‘Oh, well he’s been through the same thing and now he’s happier than he’s ever been by talking about it and being open about it and accepting who he is.'”

Of course, it can get a bit overwhelming. “If I gave you access to my social media, [you’d see] the amount of messages that I receive on a daily basis are by the thousands,” Scott says. “Just lots of different types of feedback. Mostly people saying, ‘You’ve given me the strength to accept who I am,’ or, ‘I’m happier now from these songs.’ I get so much feedback, and it’s what keeps me going. It’s what makes me write the music I write.”

“At any of my shows, you’re guaranteed about an 85-percent, 90-percent success rate of tears.”

Scott also relishes the opportunity to directly connect with his LGBTQ audience through events like Capital Pride. That’s in large part due to how rewarding his first Pride performance was, at last year’s Montreal Pride.

“I’m very much looking forward to coming and doing my first Pride event of this year with you guys in D.C.,” adds Scott, who will headline the Capitol Stage at Sunday’s festival. He anticipates another emotionally powerful experience, likely to the point of tears. “Any of my shows, you’re guaranteed about an 85-percent, 90-percent success rate of tears.”

He plans to perform his hits, including “You Are The Reason,” which rebounded back into the Top 10 of the U.S. iTunes chart last week after the heart-rending ballad soundtracked a pivotal moment in the season premiere of America’s Got Talent. In addition, Scott says pride-goers “will definitely get a sneak peek” at some of the new material he’s currently developing for an eventual second album. It’s quite possible such a set will feature a duet or collaboration with his sister Jade, who was the original one with the rock star dreams in the family. In fact, “it wasn’t until I started trying to emulate her and being inspired by her, that’s when my real passion for music ignited. So it’s all really thanks to my sister.”

Of course, there’s also the longshot possibility of a dream collaboration with a certain pop star who was another key source of inspiration: Robyn. “I would absolutely love to work with her and to write with her,” Scott says. “I think we could come up with something incredibly special.”

Calum Scott performs on the Capital Pride Concert Stage between 1:30 and 2 p.m. on Sunday, June 9. For more information visit www.capitalpride.org/concert.

Doug Rule covers the arts, theater, music, food, nightlife and culture as contributing editor for Metro Weekly.
← Previous Story Dominique Jackson on ‘Pose’ season 2: “You’re going to need Bounty instead of Kleenex”
Next Story → Speaker Nancy Pelosi on celebrating Pride, advancing LGBTQ rights, and why everything in Trump’s life is a cover-up