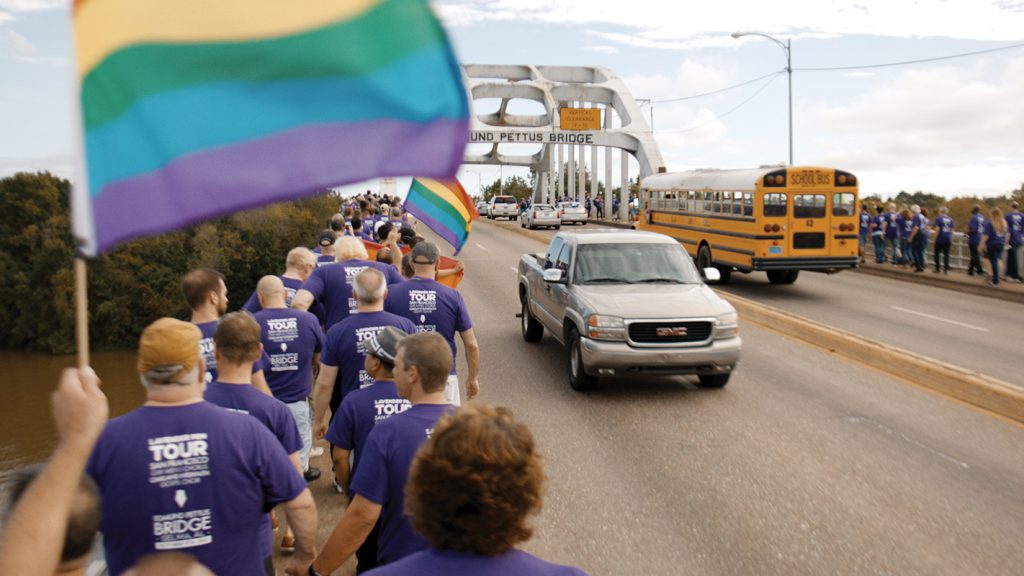 Before the San Francisco Gay Men’s Chorus set out on their Lavender Pen Tour — 25 performances in eight days across five southern states — a few members circled in close to listen to a voicemail that had been left by an angry bigot.

The anonymous ranter demanded that they all get back into their “little, stupid closets where they belong,” because they would never be accepted in the South.

Captured in the documentary Gay Chorus Deep South, the moment underscores the urgency driving the tour’s mission to spread love through music.

Called into action by the 2016 election — and the accompanying wave of discriminatory bills and laws that came crashing down especially hard on LGBTQ communities in the South — the San Francisco Gay Men’s Chorus jumped on a tour bus and headed for Tennessee.

David Charles Rodrigues and an eight-person film crew were along for every mile of the tour’s course from Tennessee through Mississippi, Alabama, and the Carolinas. Now the movie is on its own whirlwind tour of theaters and festivals from coast to coast, including AFI DOCS Film Festival, where it screens this Friday and Saturday.

Gay Chorus Deep South pursues the Chorus’ mission of unity with song, sass, and through the personal stories of several chorus members — chief among them the SFGMC Artistic Director and Conductor Dr. Tim Seelig, a former Southern Baptist minister. Seelig, a bright and funny presence, leads the chorus through perhaps the film’s most moving moment, as they sing a traditional Irish blessing while gathered among family and friends who’ve come to see them perform.

The power of that gathering hit especially close to home for Rodrigues. “I lost my mother fifteen years ago,” he says. “And in the film when Tim says, ‘I miss my mom and I’m inviting her here,’ it’s as if I’m inviting my own mother, as well, to that moment. And to all these screenings.” 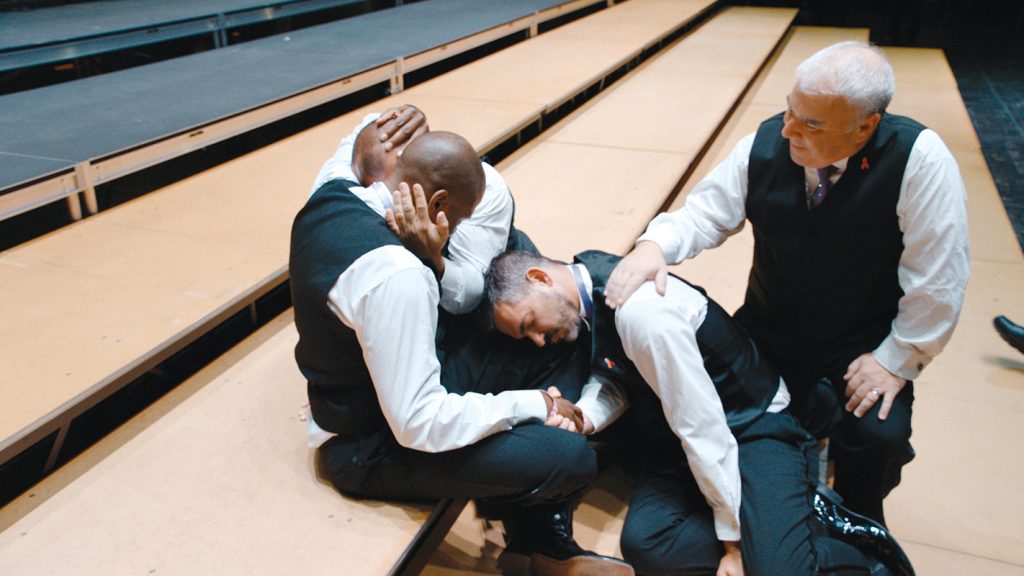 The film conveys a strong message of openness, while also presenting the SFGMC’s southern tour as a fierce act of resistance. That resistance is directly connected to the Civil Rights Movement when the chorus sings at First Baptist Church in Selma, Alabama. The scene reflects Rodrigues’ belief that “we’re at a time right now where we don’t need separate movements.”

“It all needs to be one movement,” he says. “Having all those people together in that church, they were all minorities. And everyone’s suffering from oppression that’s going on right now. It wasn’t just about gay rights, it was about equal rights for everyone. And I feel like the more we divide ourselves in these different sub-fights, we’re just weakening our own movement. Instead, we should just all come together.”

Gay Chorus Deep South is not rated, and screens as part of AFI DOCS Film Festival on Friday, June 21, at 6:30 p.m. at Landmark’s E Street Cinema, and on Saturday, June 22, at 2:30 p.m. at AFI Silver Theater, Silver Spring. Visit www.afi.com/afidocs.

André Hereford covers arts and entertainment for Metro Weekly. He can be reached at ahereford@metroweekly.com. Follow him on Twitter at @here4andre.
← Previous Story Film Review: Shaft
Next Story → Toy Story 4 Review: Existential Excellence