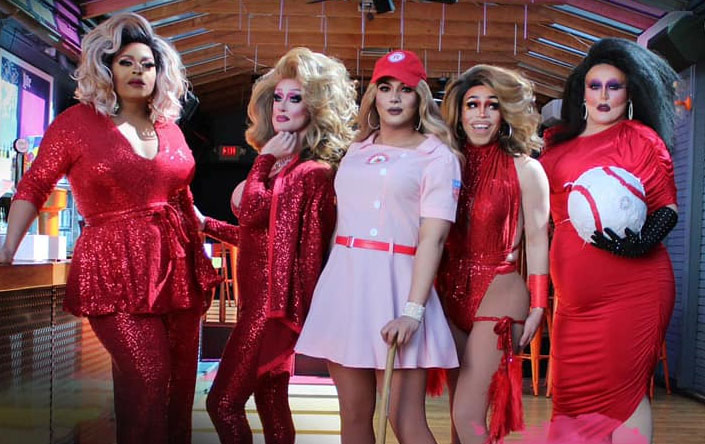 You have options galore around town if you want to sashay away to a weekend brunch with queens. But only Pitchers offers the rather novel idea of a drag picnic, every second and fourth Saturday. Brooklyn Heights hosts the feast and show starting “PROMPTLY” at 1 p.m. And for this picnic, you don’t need to pack your own basket, as food from the venue’s menu will be available along with drinks at the bar. The next picnic is Saturday, June 22. Pitchers is at 2317 18th St. NW. Call 202-733-2568 or visit https://pitchersdc.eventbrite.com to make reservations.

Back in March, D.C. became the fourth American city to get Harder — following Chicago, San Francisco, and the party’s Brooklyn home base. Promoter Eric Bloom has described his party as a “sexy underground-branded queer party” that is open and welcoming to all ages (above 18), genders, orientations, and fetishes. The second edition features grooves from D.C.’s own DJ The Barber Streisand as well as Andy Egelhoff, a Brooklyn-based queer underground club DJ and photographer who performs as SPRKLBB. Jane Saw, Matt Schwarz, and Ricardo Tavares are the local Harder hosts who will help to enforce the party’s stated plea asking patrons to refrain from picture-taking and phone-usage, especially on the dance floor, “so everyone can have a full and true underground experience.” Friday, June 21, starting at 10 p.m. U Street Music Hall is at 1115A U St. NW. Tickets are $20. Call 202-588-1880 or visit www.ustreetmusichall.com.

On Saturday, June 22, at 9 p.m., the Black Cat hosts another retro-themed dance party guided by three of the venue’s most popular and longest-spinning DJs — Steve EP, Missguided, and Killa K. The focus is on the pioneering post-disco acts that originated from the U.K.’s Factory Records in the early 1980s — foremost among them the seminal synth-rock band New Order. “True Faith,” “Blue Monday,” “Bizarre Love Triangle,” and “Confusion” are among the group’s hits you can expect to groove to, along with songs from other acts associated with the Manchester-based Factory, including OMD (“If You Leave”), the Happy Mondays (“24 Hour Party People”), James (“Laid”), and ACR (“Do The Du”), as well as New Order’s precursor, Joy Division (“Love Will Tear Us Apart”). The Black Cat is at 1811 14th St. NW. Tickets are $12. Call 202-667-4490 or visit www.blackcatdc.com.

Bombalicious Eklaver serves as Bingomaster and host of a special Drag Bingo Bash on Tuesday, June 25, to send off Capital Pride 2019 once and for all. Expect multiple rounds of b-i-n-g-o, unique prizes including boozy treats from Republic Restoratives, and pizza and pitcher specials featuring local brews including DC Brau and 3Stars. The free bash runs from 6 to 9 p.m. at Shaw’s Satellite Room, 2047 9th St. NW. Call 202-506-2496 or visit www.satellitedc.com.