British royal said he worried how people might react, but would "fully support whatever decision they make" 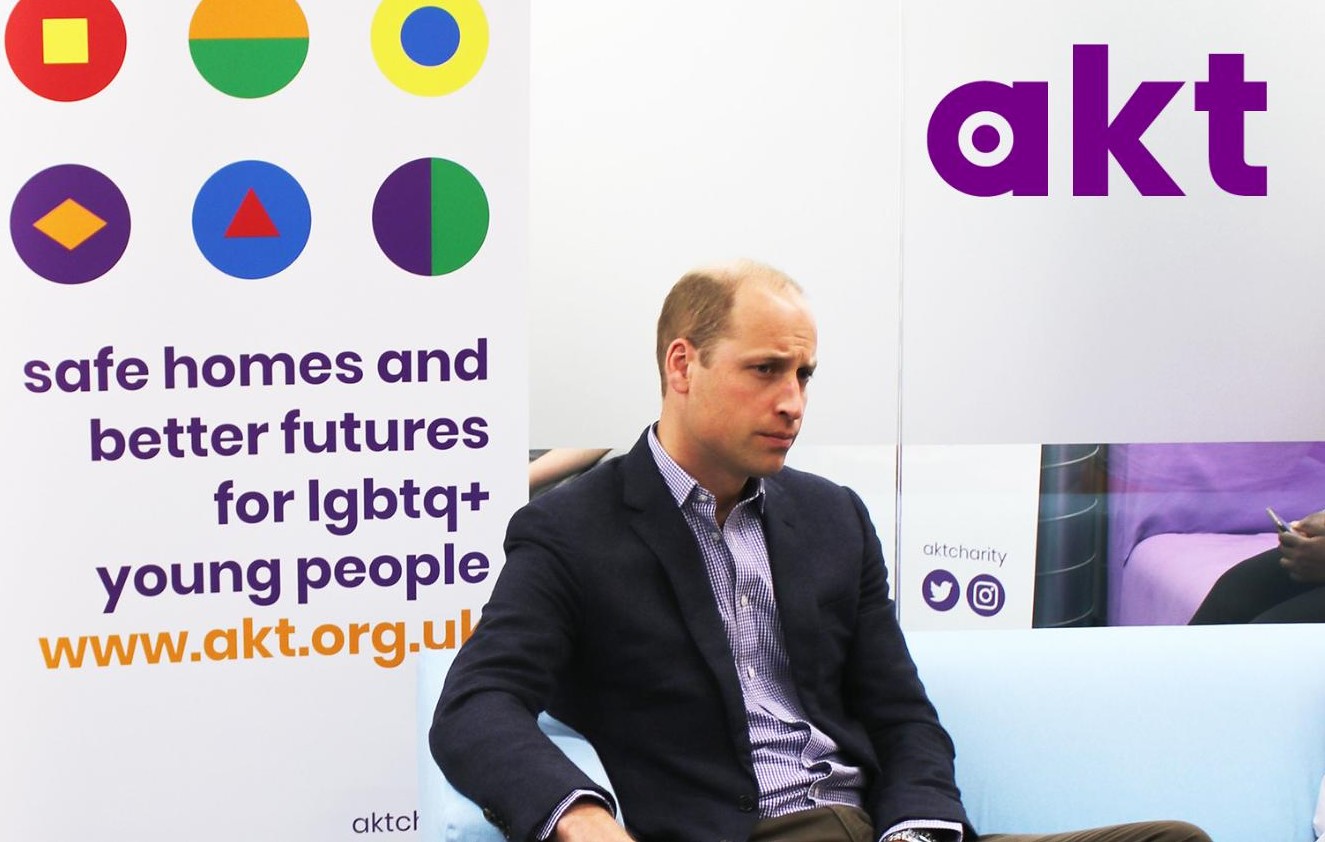 Prince William has said that he would be “absolutely fine” if any of his children came out as LGBTQ, and that he would only worry about how others would react.

The British royal — and future king — made the comments during a visit to LGBTQ youth homelessness charity the Albert Kennedy Trust (AKT), the Guardian reports.

According to the Kensington Palace Twitter account, the Duke of Cambridge visited the charity ahead of London Pride to “learn about the issue of LGBTQ+ youth homelessness and the positive change that [AKT] are enacting through their unique prevention and early action approach.”

Asked by a reporter at the event if he would be okay with any of his children — including firstborn Prince George, next in line to the throne — coming out, William said he would “fully support” them.

I think you don’t really start thinking about that until you are a parent, and I think – obviously, absolutely fine by me,” William said, adding, “The one thing I’d be worried about is how, particularly the roles my children fill, how that is going to be interpreted and seen. So Catherine and I have been doing a lot of talking about it to make sure they were prepared.”

Clarifying why he would worry, the prince said it was “not because of them being gay,” but rather he worried “how everyone else will react and perceive it and the pressure is then on them.”

“I’m worried about the pressure — as you all know — they’re going to face and how much harder their life could be,” he said. “I wish we lived in a world where, like you said, it’s really normal and cool. But particularly for my family and the position that we are in, that’s the bit I’m nervous about.

“I fully support whatever decision they make, but it does worry me from a parent point of view how many barriers, hateful words, persecution and discrimination that might come. That’s the bit that really troubles me a little bit. That’s for all of us to try and help correct, to put that in the past and not come back to that sort of stuff.”

Tim Sigsworth, chief executive of AKT, said that Prince William’s words would “make a massive difference” and send “a message that we need to support, and we need to empower LGBT people.”

“I was personally rejected by my mum, and the idea that the future monarch is saying they would support their children if they came out as LGBT is a message to the whole of society really, a message that we need to support and we need to empower LGBT people,” Sigsworth said.

William also commented on a recent attack against a lesbian couple in London, saying he was “really appalled.”

London police arrested five teenagers after two women were brutally attacked on a bus. The women reportedly refused to kiss in front of the teenagers, who then assaulted them and stole a phone and bag, before fleeing the bus. Both women were taken to hospital for facial injuries.

Prime Minister Theresa May called it “a sickening attack and my thoughts are with the couple affected” in a statement. “Nobody should ever have to hide who they are or who they love and we must work together to eradicate unacceptable violence towards the LGBT community,” May said.

Mayor of London Sadiq Khan said it was a “disgusting, misogynistic attack” in a tweet, and added that “hate crimes against the LGBT+ community will not be tolerated in London.”

Also Read: A Republican congressman wants to defund PBS because ‘Arthur’ had a gay wedding

Rhuaridh Marr is Metro Weekly's online editor. He can be reached at rmarr@metroweekly.com.
← Previous Story Arab nations are more accepting of honor killings than homosexuality, study says
Next Story → Ad agency cuts ties with Nivea after executive allegedly says “we don’t do gay”