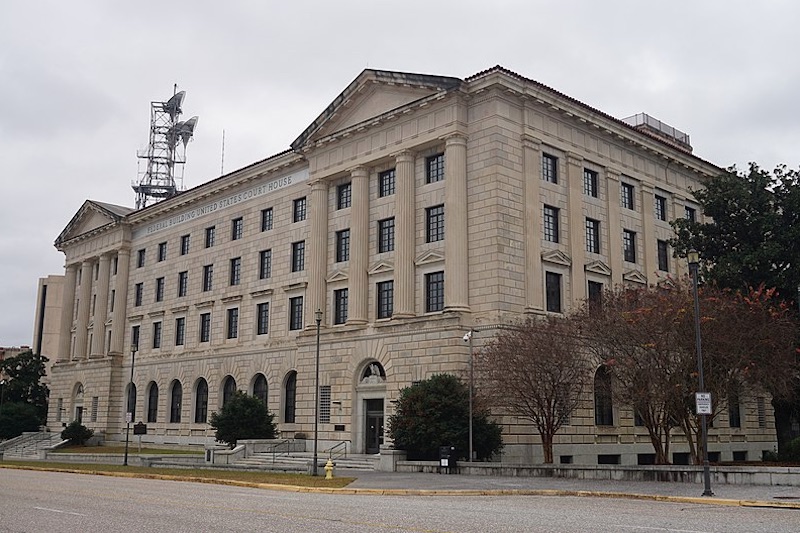 A federal judge held a preliminary hearing in a lawsuit challenging Alabama’s policy requiring any transgender individual to undergo gender confirmation surgery in order to change the gender marker on their driver’s license.

On Tuesday, U.S. District Judge Myron Thompson of the Middle District of Alabama questioned lawyers representing the state and those representing three transgender plaintiffs who are arguing that the driver’s license policy is unconstitutional.

Thompson did not issue an immediate order blocking the state from enforcing its policy. He will later decide if the case will go to trial.

During the hearing, Thompson noted the significant amount of violence that transgender individuals face. According to WFSA, Thompson seemed to agree with a contention made by the plaintiffs — that a license gender that contradicts a person’s public appearance will “out” them as transgender, saying that a transgender person with the wrong gender marker on their license “might as well have a scarlet letter T.”

Attorneys for the state argued that Alabama has a vested interest in ensuring proper identification, and has clear rules that set forth how a gender marker can be changed. But the ACLU, on behalf of the three transgender plaintiffs, argued that the state shouldn’t be allowed to force people to make certain medical decisions, particularly if it’s not in their best interest.

Currently, transgender Alabamans may only change the gender marker on their driver’s licenses if they undergo full gender confirmation surgery. But many transgender people do not need or want surgery, and the surgery carries a heavy price tag, which is not always covered by insurance — forcing many to pay out of pocket.

In the lawsuit, filed in February 2018, claims that the state’s policy violates the privacy, due process, free speech, and equal protection rights of transgender individuals. Furthermore, the lawsuit argues, the policy singles out transgender people and discriminates against them on the basis of sex, and serves no “compelling state interest.”

Lawyers for the plaintiffs say their clients are currently being harmed by the policy, which prevents them from obtaining driver’s licenses with correct gender markers. As such, they are asking the court to issue an injunction blocking the state from enforcing its current policy while the case is being litigated in court.

One of the plaintiffs, Darcy Corbitt, previously lived in North Dakota before moving back to Alabama (where she was raised) to attend school. While living in North Dakota, she was allowed to update her license to reflect her gender identity. But upon returning to Alabama, a clerk at the driver’s license office discovered her gender identity, and refused to issue a license listing Corbitt’s gender as female. To add insult to injury, the clerk loudly called Corbitt an “it” in front of other people.

A second plaintiff, Destiny Clark, had multiple requests to change her gender marker denied by the state, despite the fact that she has undergone gender confirmation surgery. But because officials ruled that the medical documentation was “not sufficient” — i.e. did not provide intimate details of the procedures that Clark underwent, even though doing so would violate her medical privacy — she has not been able to change the gender marker on her license, either.

Both Clark and Corbitt say they regularly avoid legal activities that might require them to show their license, for fear of outing themselves and being placed at risk of physical violence.

The third plaintiff, known only as “John Doe,” wishes to undergo surgery but has thus far only been able to obtain hormone therapy to aid in his transition. He claims that when he is forced to show his license, it aggravates his gender dysphoria and worsens his depression because his license wrongly lists him as “female,” which leads many people to refer to him with feminine pronouns.

In a post on its website, the ACLU of Alabama, which is representing the plaintiffs along with the national ACLU, argues that the state has no right to meddle in personal health care decisions by forcing transgender people to obtain potentially unnecessary surgery against their will.

“Transgender people’s gender identities are valid regardless of what health care they have had,” the ACLU writes in a statement. “People in Alabama typically need their license on a daily basis. Transgender people, unlike others, have to get by without one, or use a license that shows the wrong gender and so puts them at high risk of harassment and violence. That’s discrimination, and it’s wrong.”

John Riley is the local news reporter for Metro Weekly. He can be reached at jriley@metroweekly.com
← Previous Story Members of Congress demand information on HIV status being used for family separations
Next Story → Mario Lopez apologizes for saying it’s “dangerous” for parents to support their transgender children