J.Lo celebrates her many moods with some sizzling moves as her It’s My Party Tour shakes up the Cap One Center. 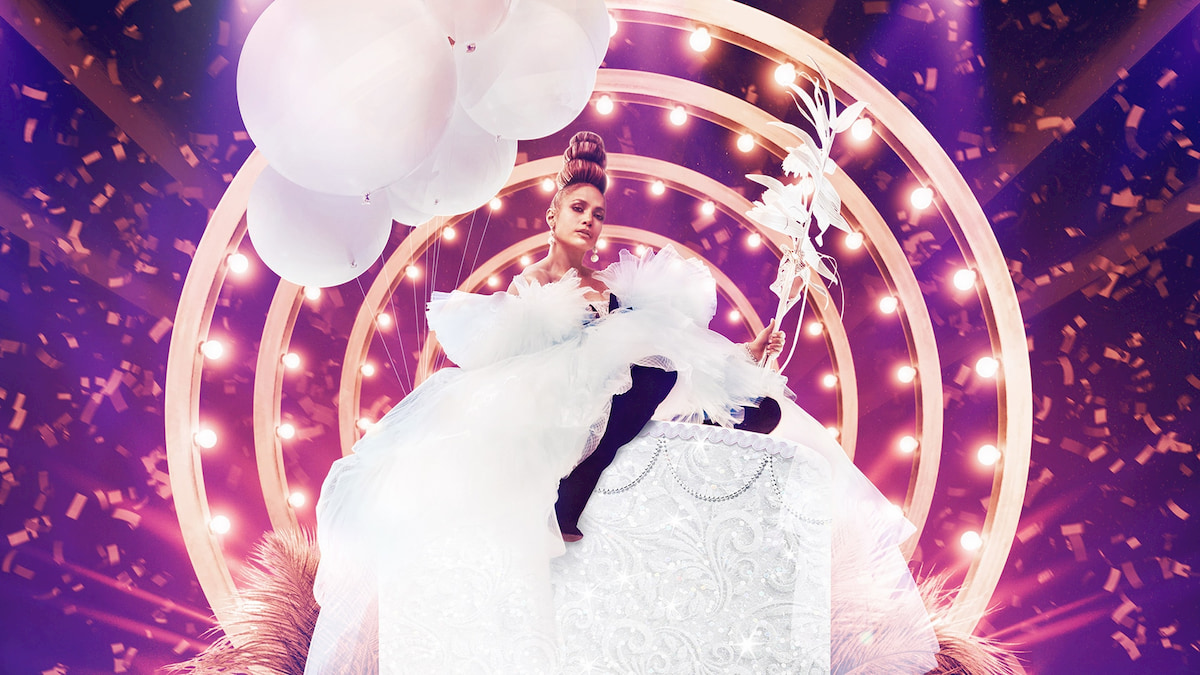 When did Jennifer Lopez become one of this era’s legendary live entertainers, joining the pantheon of triple-threat dynamos like Sammy Davis, Jr. and Liza and other classic stage workhorses who live, breathe, and bleed showbiz?

Sure, J. Lo’s been an industry unto herself since early in her three-decades-and-counting career. She was producing lines of merchandise when Robyn Rihanna Fenty was still a girl bouncing around Bridgetown. Yet, even after Lopez made history as the first woman to have a number one album and number one film at the box office in the same week, it didn’t always seem that performing her music live was a priority for the multi-tasking celebrity mogul.

But clearly, sometime since The Wedding Planner, the artist made her live show a priority. And as Lopez proved with her scintillating, high-energy dancing and singing last night at the Capital One Center stop of her It’s My Party Tour, she has evolved into a consummate entertainer of the highest order.

Still, she maintains an air of humility and approachability that, by any observation of the crowd at Cap One, keeps Jenny from the Block close to her fans. The vibe in the house was as if your busiest, most glam girlfriend called up and said, “Hey, I’m in town for the night, throw on something sexy, and come over to my party.” Beats were bumping, the crowd was drinking, and, for the most part, folks left the kids at home, to come convene with La Lopez and her dozen dancers.

A lit throwdown of Lopez’s recent Latin-flavored singles like “Medicine” and the Cardi B-featuring “Dinero,” along with early `00’s hits like “Love Don’t Cost a Thing” and “I’m Real,” the show is very much J. Lo’s party, and, as such, she said, it would be subject to her many moods. That means she might follow up the horn-blasting tropical thump of “Booty,” and the smoky dance solo that accompanies it, by delivering one of her most engaging vocal performances of the evening, covering the Sara Bareilles ballad “Gravity” and Selena’s “Si Una Vez.” Or it might mean jumping off the good foot for a funky, old school James Brown-style dance break, then shimmying through “I Ain’t Your Mama” dressed as a golden warrior goddess.

The evening was peppered with treats and surprises, like the snippet of Sia’s “Titanium” that Lopez slipped into her lovely rendition of “Limitless,” a song co-written by Sia for J. Lo. And dressing her backup dancers in outfits reminiscent of Janet Jackson’s Rhythm Nation era paid witty homage to one of the artists who helped Lopez go from Fly Girl backup dancer to one of the most famous performers on the planet.

Lopez also pays forward the gesture of supporting up-and-coming talent by featuring acts from the TV reality competition World of Dance, which she judges and executive produces, to warm up the crowd and to back her during certain numbers. The It’s My Party Tour is an ideal platform for ballroom dance ensemble Swing Latino, hip-hop dance crew The Lab, and death-dropping, back-flipping spitfire Briar Nolet, and each act landed at least one or two moves that sent awed “Ooooh”’s rippling through the arena. Lopez and her dancers were awesome in their own right.

The show’s choreography is top-notch, courtesy of married choreographer-directors Napoleon and Tabitha D’uro, who also serve as the tour’s artistic directors. They might want to attend to some of the technical difficulties that frequently marred the video design and projection, though. The centerstage video screens didn’t work nearly as tirelessly as J. Lo did to ensure that everyone who came had an amazing time.

For her part, Lopez sang like a real diva (more than she lip-synced, it appeared), danced as hard as anybody onstage (backed by the hottest half-dozen male dancers this side of Magic Mike), and even shared a sweet onstage moment singing with daughter Emme. “My name is Jennifer Lopez, and you know I love you,” she announced at the end. And Lopez proved that love by giving her all to a dazzling performance.

The It’s My Party World Tour shimmies on to five more arenas in the U.S., including stops in Philadelphia 7/20, Atlanta 7/22, and three nights in Miami 7/25-7/27, before going international in August with dates throughout Europe, Asia, and Africa.