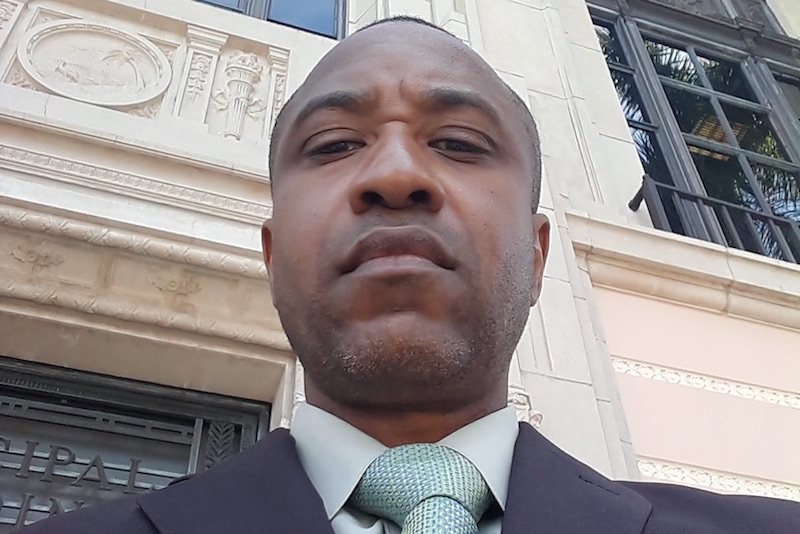 A candidate running for the St. Petersburg City Council in Florida claims the LGBTQ community is taking resources from the black community.

Chico Cromartie believes that LGBTQ people in St. Petersburg are thriving at the expense of the city’s black community, and, if elected, he says he will stop rewarding people who “choose to be homosexual.”

Cromartie is one of three candidates challenging incumbent District 7 Council member Lisa Wheeler-Bowman in the city’s Aug. 27 primary elections. Although Cromartie identifies as a Republican, the primary is officially nonpartisan, with the top two vote-getters moving on to the Nov. 5 general election.

While Cromartie is running on a platform in support of investing in solar energy, capping rental prices, educational incentives, and building a monorail system — notably, not all ideas that would traditionally be considered “conservative” — it’s his comments on St. Petersburg’s LGBTQ community that are attracting the most attention.

For starters, Cromartie claims homosexuality is a choice. Because of that, he says, LGBTQ people shouldn’t be awarded special consideration or be eligible for benefits intended for minority groups.

“It makes me more popular as a leader,” he said of his beliefs. “Because people understand I’m going to lead based on American principles. Not because they choose to be a homosexual.”

Cromartie, who is black, claims that the LGBTQ community in St. Petersburg is benefiting at the expense of the black community and St. Petersburg taxpayers, due to the actions of the city council, which has three openly gay members, reports the Tampa Bay Times.

“The idea that the homosexuals should be considered to receive taxpayer dollars, based on the fact that they choose to be a homosexual, to me is not fair to the other citizens who choose not to be homosexual,” he said. “And if I’m elected, I’m going to dismantle all those policies.”

As evidence of the preferential treatment he claims is given to the LGBTQ community, he pointed to a resolution passed last month that includes LGBTQ-owned businesses in a study of city contracts given out to minority-owned businesses, with special focus on woman-owned and black-owned businesses. But the resolution doesn’t allocate any money to businesses.

Openly gay St. Petersburg City Council member Steve Kornell said Cromartie’s allegations were false, as was the premise that the LGBTQ and black communities are entirely separate communities or in competition for resources.

“Because who it leaves out is anybody who is both,” Kornell said of Cromartie’s comments. “It makes every African American LGBTQ citizen invisible.”

“I don’t concur [with] or support the notion that one group is thriving over the other,” Maria Scruggs, the president of the St. Petersburg NAACP, told the Times. 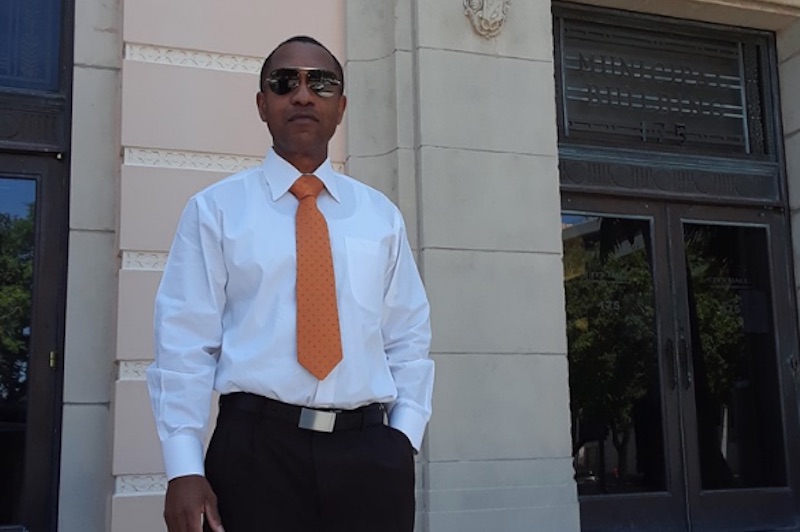 On his personal Facebook page, the 47-year-old Cromartie frequently pens diatribes in support of President Donald Trump and against the LGBTQ community, who he accuses of “promoting” homosexuality to children.

On June 22, during the weekend celebration of St. Pete Pride, Cromartie accused black leaders of prioritizing the needs of the LGBTQ community over the black community, writing on Facebook: “Wondering why your so called black leaders are quiet right now? They’re at the gay parade pledging allegiance to Pride for a few $.”

The following day, he wrote: “I hear you south St. Pete! Finally we have a leader who’s not afraid to say, ‘Too (sic) hell with gay pride & their flag.”

He echoed that sentiment in a July 11 post on his official campaign Facebook page, writing: “As a policy maker I will create economically fair and sustainable policies that will not favor ideologies, groups or peculiar perspectives. In particular, those that are represented by anti-American flags or special interests’ (sic) groups! I will not implement or support any policy that implies or economically favors homosexuality, a group or any ideology based solely on a person’s choice to be homosexual and/or anti-American! I will also protect tax payer dollars from companies or interests’ groups that disguise themselves as nonprofits; especially, those that have not proven to be essential to the public!”

Wheeler-Bowman, who is also black, refused to comment on Cromartie’s statements, simply saying: “”I’m so proud of how welcoming and inclusive St. Pete is, and hate has no place here.” 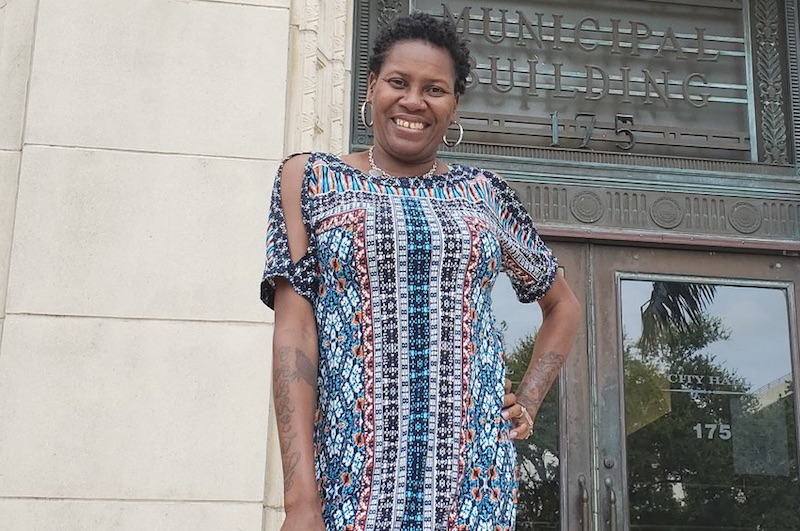 Nadine Smith, the executive director of Equality Florida, who lives in District 7, told Tampa Bay’s NBC affiliate, WFLA, that Cromartie “has nothing to offer” the district besides his incendiary rhetoric.

“Basically these are ugly comments being made by a candidate who is at the absolute bottom that nobody is paying any attention to and this was a grab for attention,” she said.

Pinellas County GOP Chairman Todd Jennings condemned Cromartie’s statements, saying they were not “emblematic of my values or the values of the Republican Party.”

“The Republican Party believes in being the party of opportunity, and providing all Americans, regardless of race, gender or sexual orientation, with the opportunity to live the American dream and fulfill the pursuit of happiness, no matter what form that may take,” Jennings said in a statement. “Mr. Cromartie’s disappointing statements clearly run contrary to these principles.

“Mr. Cromartie, although a registered Republican, is running in a nonpartisan race, and the Pinellas GOP has neither supported nor endorsed his candidacy,” Jennings added. “As Chairman of the Pinellas GOP, it would be my preference that he issue a statement apologizing for his actions and ending his fruitless campaign.”

But Cromartie is defying the state party’s requests,” telling FloridaPolitics.com: “I represent the people in this community and the American people. I don’t represent a party per se. The party is entitled to their views and I’m fine with that. I disagree with homosexuality and I always will.”

John Riley is the local news reporter for Metro Weekly. He can be reached at jriley@metroweekly.com
← Previous Story Proposed rule for Utah psychologists would prohibit conversion therapy on minors
Next Story → Puerto Rico Gov. Ricardo Roselló resigns after leak of sexist and homophobic texts