Relive the bravery, the bitchery, and the history as Paris Is Burning returns to the big screen 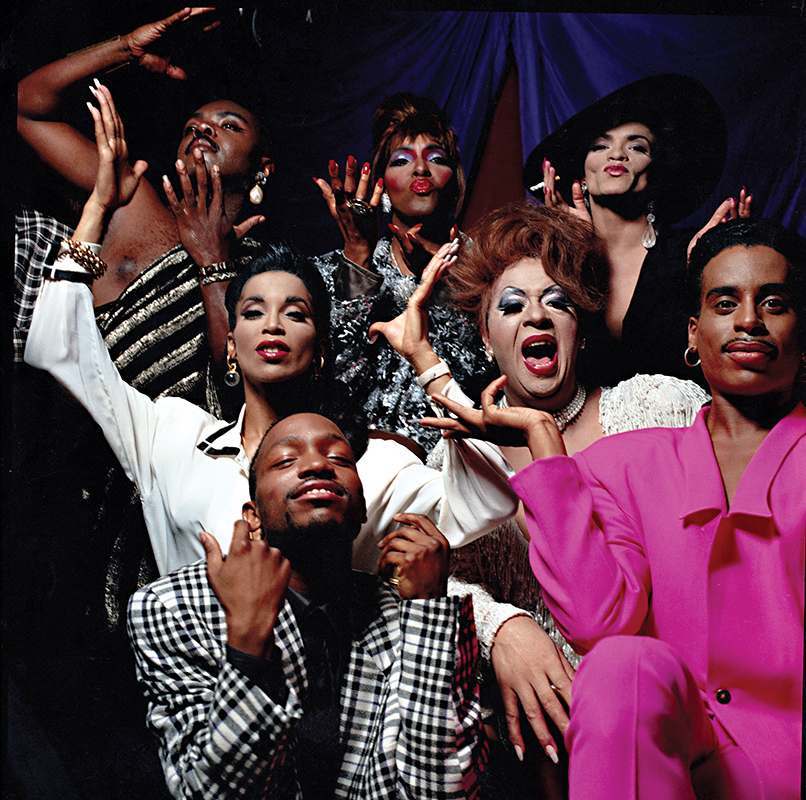 Paris Is Burning can be whatever you want it to be: comedy, tragedy, pageant, time capsule, or all of the above. Jennie Livingston’s 1990 documentary about the black and Latino queer underground ballroom scene of ’80s New York still fascinates as a revealing glimpse at a culture that would be irrevocably changed by this very film.

The queens featured in Paris Is Burning (★★★★★) bare their wounds and failures generously, offering much to learn from their lived experience outside the mainstream. Some bask in the glow of their ballroom successes, imparting insight into the competitive world of gay houses that battle for trophies and status. And nearly everyone profiled — from ballroom legends Dorian Corey and Pepper LaBeija, to baby queen Freddie Pendavis — takes their respective turns scattering gems of wisdom and wit throughout the film. So the vibrancy of this community is never in question, despite the intrusions of AIDS, crime, inequality, and homophobia.

The film, digitally remastered for its 30th Anniversary re-release, notes just such an intrusion in one opening shot of the digital news ticker high above Times Square. Across the ticker scrolls a report about a white supremacist church holding its national convention. To watch Paris Is Burning in 2019, is to observe wistfully how much hasn’t changed in the ensuing 30 years since the film was released, and to marvel at just what progress has been made.

The once-obscure lexicon of ballroom and drag lingo introduced in the movie has since become ubiquitous, and the cast’s multitude of quotable quips have entered queer canon. (“We’re not going to be shady, just fierce.”) But many of the film’s stars, including Corey and LaBeija, and house mothers Octavia Saint Laurent and Angie Xtravaganza, passed away before being able to fully witness the fruits of their influence on gay and pop culture, before RuPaul’s Drag Race and Pose and countless Housewives ensured that every passably hip grandma could speak the ballroom lingo of “reading” and “throwing shade.”

Many of the pier kids and pioneers onscreen never got to see the world after Paris and Madonna and Malcolm McLaren had brought voguing to the masses, and brought the masses out to vogue. They didn’t get to see the Berlin Wall come down, or the first black president, or marriage equality, or PrEP, or trans men and women elected to public office. They likely didn’t conceive that Livingston’s little 16-mm indie doc might inspire future generations to stomp a runway, or find the family that will love and accept them as much as a House of LaBeija or Duprée.

We can bet, however, that Dorian Corey must have anticipated that he’d be gone and buried before anyone discovered the mummified corpse — reportedly either an abusive lover or a burglar — he had hidden inside a garment bag in his closet. Corey delivers some of the film’s best zingers and narration seated at his makeup table, with that dead body presumably nearby off-camera, waiting to be discovered after Corey’s death in 1993. The post-mortem bombshell now adds a shiny layer of badass to Corey’s serene aura throughout the film.

Paris Is Burning preserves in cinematic amber a pre-’90s, pre-Giuliani New York City that looks and feels more hard and hostile, and yet seems more innocent. There is innocence, and a frustrating naiveté, in the way Saint Laurent and ill-fated Venus Xtravaganza share their most cherished dreams of becoming rich and famous and perfectly contented, like the gorgeous supermodels they idolize. It takes courage to be so unguarded on-camera, in front of a crew of mostly strangers. Livingston and her fellow filmmakers shot footage over several years, and their commitment to conveying the truth of their subjects comes through in the cast’s comfort level.

The mutual determination on behalf of cast and crew to record this moment in history also comes through powerfully in the dancing and the movie’s amazing soundtrack of house and club classics, and in the camerawork and editing. Watch the moment that Pepper LaBeija, in closeup, preaches the benefits of found family and motherly love, as the camera shifts focus to one of her children in the background nodding along sincerely to LaBeija’s every word.

Paris Is Burning didn’t change everything, but it changed queer culture — and therefore, pop culture — almost instantly with the stories, characters, and language it portrayed. Although the movie invites a measure of pity for its subjects that they don’t seem to demand for themselves, it transmits an empathy for them, and for their aspirations of love and fortune, that defines optimism as a form of power. We can see that power of positive thinking won’t be surrendered lightly, in life or in death. As Corey sums up while seated at his vanity, “You’ve made a mark on the world if you just get through it, and a few people remember your name.”

André Hereford covers arts and entertainment for Metro Weekly. He can be reached at ahereford@metroweekly.com. Follow him on Twitter at @here4andre.
← Previous Story Film Review: Once Upon a Time in Hollywood
Next Story → Film Review: The Kitchen