Cate Blanchett gives a performance worth following in the contrived but moving "Where'd You Go, Bernadette"

Where the great Cate Blanchett goes, generally adventure promises to follow, even if the vehicle is the lukewarm, late-summer dramedy Where’d You Go, Bernadette. The Oscar-winning Aussie consistently inhabits every role she undertakes with tremendous force and, paradoxically, abandon. If she believes in the journey of the person she’s portraying, the audience most likely will believe, too. That movie star magnetism didn’t necessarily sell Blanchett’s crystal skull-wielding Soviet agent in the Spielberg sequel that shall not be named, but her committed performance is practically enough to make an audience believe in Where’d You Go, Bernadette (★★★), based on the 2012 best-seller by Maria Semple.

As well-to-do Seattle wife, mom, and relative recluse Bernadette Fox, Blanchett channels a woman spiraling slowly, then all too quickly, towards emotional and social breakdown. Swooping around as the pushiest parent at the private school attended by daughter Bee (Emma Nelson), Bernadette has allowed her gumption to curdle into abrasiveness. A former wunderkind architect who retreated utterly from her professional life, she might be suffering some form of social anxiety, or it might be a case of that vague, psychic fatigue that often plagues the bright but unfulfilled heroines of these cinematic Eat, Pray, Love excursions.

Directed by Richard Linklater, Bernadette snuggles into place within a fairly reliable sub-genre — traceable past Eat, Pray, Love, Under the Tuscan Sun, How Stella Got Her Groove Back to at least as far back as the 1989 hit Shirley Valentine. Call them “Mom’s last hurrah before the school year starts,” and pencil one in for August, or to drift down with the autumn leaves, to chart the creative and/or sexual awakening of a woman of experience, who’s just been feeling constricted lately. Of course, “Mom’s last hurrah” movies aren’t just for moms, they’re for all of us — although uncommunicative husbands and boyfriends might not feel so well-represented by the genre.

Bernadette’s neglectful spouse is tech wizard Elgie (played by aging-like-fine-wine Billy Crudup), a Microsoft bigwig who seems distracted but not uncaring. The couple’s failures to connect are depicted with deft simplicity in one well-acted sequence cross-cutting between Bernadette and Elgie’s very different assessments of the twenty years they’ve lived in Seattle. At other times, their malaise seems based on the sort of contrived movie misunderstandings that normal adults could clear up in a few sentences. Linklater, who co-wrote the script with Holly Gent and Vince Palmo, awkwardly intersperses chilly, dramatic scenes of Bernadette and Elgie’s marital discord among scenes of her more comedic clashes with the snooty moms at Bee’s school, led by next-door neighbor Audrey (Kristen Wiig).

Blanchett and Wiig, performers with very different acting styles, are an odd-couple onscreen pairing that oddly works. The feud between Bernadette and Audrey, abetted by the shenanigans of Audrey’s mean-mom lieutenant Soo-Lin (Zoë Chao), escalates along totally predictable lines, but it’s still funny.

Less funny, and even more predictable, the film’s back half, takes off with Bernadette in search of the self she forgot. But, rather than jaunting to the hot, tempting climes of Tuscany or Greece, Bernadette chases a dream to the South Pole, or to somewhere close, that’s definitely not warm. She gets suspiciously far on her ability to persuade anyone who might stand in her way how much she really, really needs this. And she leaves behind in the Emerald City not just Elgie and the therapist, Dr. Kurtz (Judy Greer), that he’d turned to in an effort to get through to his wife, but she leaves behind her dear daughter Bee.

The film might waste Megan Mullally and Laurence Fishburne, among others, in flat cameos, but the casting really pays off in the mother-daughter chemistry between Blanchett and Nelson as Bernadette and Bee. The only character whose point-of-view matters as much in the film as Bernadette’s, Bee projects a touching affection for her mom, and a fierce determination to protect her from anyone who would diminish her. Their devotion to each other survives Bernadette’s vanishing act, and sustains them through what might be the worst separation they might ever face. More than just driving the film’s race-to-the-finish climax, Bee’s beeline search for her mom keeps the movie afloat after the Bernadette-finding-herself plotline has gone dead in the water. 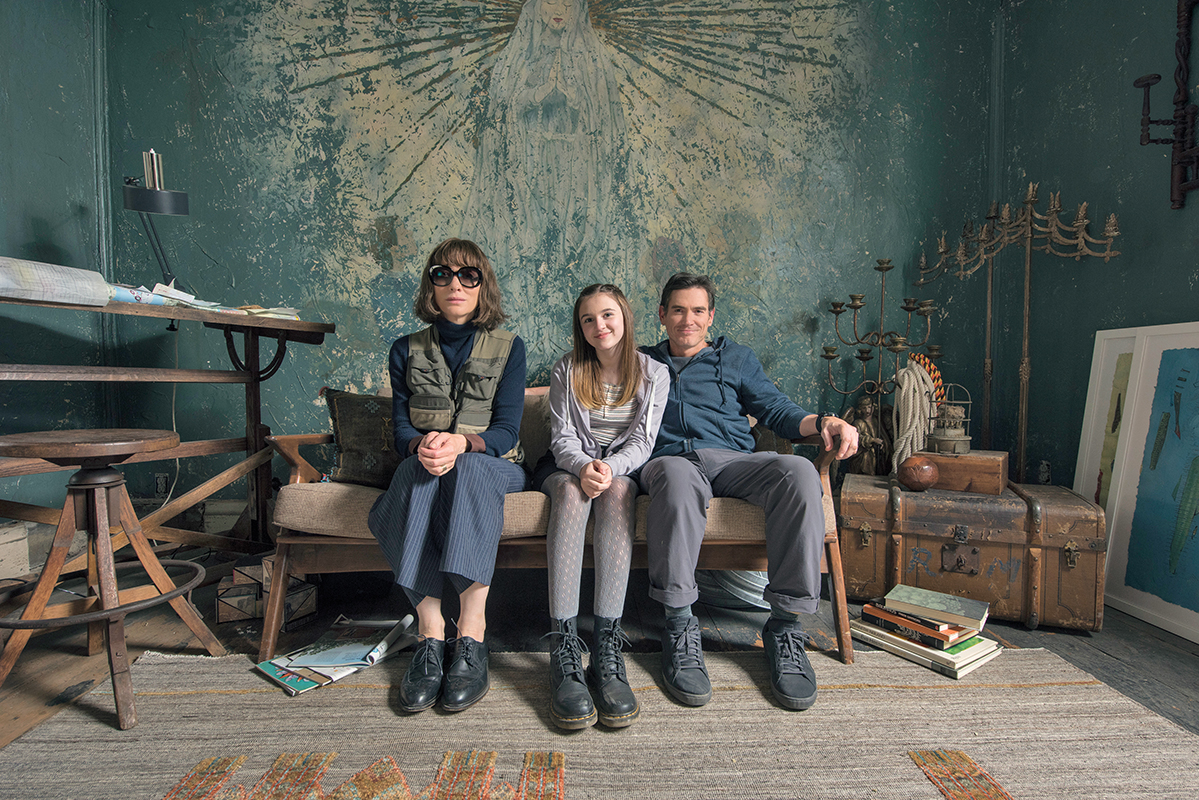 André Hereford covers arts and entertainment for Metro Weekly. He can be reached at ahereford@metroweekly.com. Follow him on Twitter at @here4andre.
← Previous Story Spotlight: ‘Last Ferry’ at Landmark’s E Street Cinema
Next Story → Film Review: Ready or Not