An excerpt from 'Indecent Advances: A Hidden History of True Crime and Prejudice Before Stonewall' 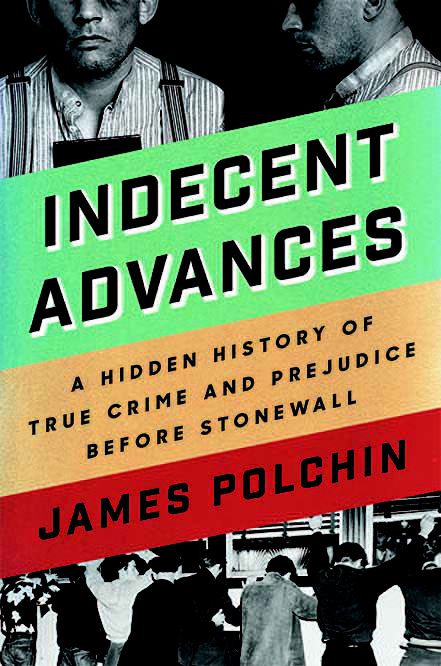 The Ambassador Hotel faced south along Franklin Square in Washington, D.C. Built in 1929 by the son of an Italian immigrant, the hotel had. a distinctive and starkly modern orange brick and white stone façade. Its architecture avoided the ornate Victorian opulence of many of the well established hotels in the nation’s capital, like the Hay-Adams or the Willard. Instead, the Ambassador appealed to modern, middle-class travelers. It offered free radio service in every guest room, and by the late 1940s boasted it was “completely air conditioned.” Guests enjoyed one of the first interior swimming pools in the city. Specially designed submerged lights illuminated the two-story art deco pool room in shimmering blue light. Guests also enjoyed the sleek cocktail lounge called the Hi-Hat Club, described in newspaper advertisements as “the most popular place in town.”

The hotel made front-page headlines in the fall of 1948 when Dorothy Kinsler, a hotel maid, entered room 604 and discovered the badly beaten body of Charles Hines. The forty-eight-year-old Hines was a house painter from Madison, Wisconsin. Days earlier, he was in North Carolina visiting his son, a marine stationed at Camp Lejeune. From there, according to his wife, Hines took the train to Washington to do some sightseeing. He checked into the hotel on a Monday afternoon, two days before he was found murdered.

Reports of the crime filled the front pages of the D.C. press for several days. In its extensive coverage, the Washington Post described how Hines was found dressed only in his underwear, “lying on his back on the bed. His head was covered with blood, which had dripped over the bed and onto the floor.” More details illustrated the complex torture that Hines endured: “A rolled-up sheet covered his mouth and was tied tightly around his neck. His hands had been tied together with his own leather belt, which in turn was fastened by a hotel towel to the head of the wooden bed…. His feet were tied with a neck tie and then tied by a shirt to the foot of the bed.” Besides such graphic descriptions, readers also learned about witnesses who saw Hines in the hours before his murder. John Bradley, a waiter at the hotel, told police he brought beers to Hines’s room at four in the morning, where “perhaps two or three” men were with Hines. The police also interviewed neighboring guests, though “none of them had heard any sounds of struggle.”

The press offered readers clues from the room itself. In one corner a gray suit was “laid neatly on a chair” with “brown shoes placed beneath it.” There was a “half-pint bottle of Tuxedo whisky, about one third full” left on a table, and in the bathroom “four empty Schlitz beer bottles” along with a glass “which had contained whisky, another which had contained beer, and. a third which apparently had been used only for water.” While the room was in order and the furniture was not disturbed, police believed there was a fierce struggle, as “blood had splattered on the ceiling” and on the venetian window blinds, which were “about eight feet away from the bed.” One of the more revealing details concerned the ashtrays. “About a dozen cigarette butts were found in the room,” the article noted, adding, “none of them bore traces of lipstick, indicating Hines had had no women visitors.”

Two days after Hines’s body was found, police arrested Crispin Barrera Perez for the murder. News reports described Perez as “a twenty-nine-year old bartender” and “a swarthy and impassive student.” The Washington Evening Star, which often avoided local crime stories on its front pages, opting instead to focus on politics and foreign affairs, reported that police had “a signed confession from swarthy Crispin Barrera Perez,” and that he was “a well known figure in midtown bars.” A photograph of Perez in police custody showed him wearing a dark sweater and tie and light-colored pants. The Washington Post noted that Perez had a common-law wife, who told police that he was of “Spanish or Mexican descent” and came to Washington from Texas. She also stated that Perez was known to get “crazy drunk.”

In his own statement to the police, Perez detailed how he met Hines in front of Playland, an amusement hall on New York Avenue, before heading to a local tavern where the two met “another man and two girls.” After they all had dinner, Hines and Perez went to the Ambassador Hotel. There the two got into a fight because Perez stopped drinking. “Hines became angry,” the newspaper reported, “and the fight began in which he struck Hines with a blackjack.” Perez confessed that “‘he couldn’t remember’ how many times he hit Hines.”

The story of Hines’s murder remained on the front page for a few weeks. When a grand jury indicted Perez for first-degree murder in January 1949, it determined the motive “was robbery of a $300 finger ring” that Hines wore. While the ring, described in earlier reports as worth $1,000, and Perez’s drunken state pointed to the motive for the crime, many readers would have wondered how Hines came to be so sadistically tied up, with a bedsheet stuffed down his throat, if the crime was a simple robbery.

In May 1949, after doctors at St. Elizabeths Hospital examined Perez and declared him sane for trial, he pleaded guilty to a lesser charge of second-degree murder. In these later reports, there was no mention of Perez’s common-law wife or the expensive ring. Instead, a different story emerged of the killer’s motivation, of what led him to his encounter with Hines. The Washington Post related that Perez was a hapless victim of a “promiscuous” girlfriend. As he went out “hunting for her in the taverns and dives,” he met Hines. These later reports said little about robbery as a motive, pointing instead to the mental state of Perez. The Green Bay Press-Gazette in Hines’ home state reported the judge accepted Perez’s plea of second-degree murder “because the prosecution admitted Perez’s mentality was perhaps too low to permit him to form a premeditation necessary for first degree murder.” Did Perez’s examination at St. Elizabeths, well-known at the time for its experiments and treatments of homosexuality, account for the shift in the press reports to the killer’s “low mentality,” often associated with sexual perversion in criminology at the time? The mysteries of the crime would linger even with this new interpretation of Perez.

Days later, the Washington Post reported, “[E]vidence that the murder was committed in the perpetration of a robbery was scant.” The judge, the article noted, “believed the Hines family might be subjected to some ’embarrassment’ if the first-degree trial were held.” Such coded language hinted at the sexual nature of the encounter between Hines and Perez, even as it left uncertain Perez’s real motives in torturing and killing the older man. Instead of a trial, the judge accepted the plea deal and sentenced Perez to fifteen years to life. As had happened before in such crime stories, the family’s fear of public testimony would continue the mystery of what transpired in room 604 of the Ambassador Hotel, as well as the motives for such a brutal and deadly crime.

The same year Hines body was found in the Ambassador Hotel, the country had been embroiled in a discussion about the sex habits of men prompted by one disquieting book: Alfred Kinsey’s Sexual Behavior in the Human Male. Commonly known as the Kinsey Report, the study prompted a national conversation about male sexual practices unprecedented in American history. While the study revealed widespread occurrence of homosexual practices across all segments of society upending older notions of homosexuals as a small minority of mentally ill individuals, it also fostered fears of the pervasive presence of queer people on the home front. Similar to Cold War fears about the Communist living next door, homosexuals were increasingly understood as a vast, undecipherable network of individuals who had insinuated themselves at all levels of society. The stories of Hines’ murder was just one of many mysterious crimes that simmered with queer undertones in the post-war years, playing out the dire threats homosexuals posed and amplifying one of the most pressing fears of postwar America.

Indecent Advances: A Hidden History of True Crime and Prejudice Before Stonewall, first published in June 2019, is available online at Politics and Prose and Amazon. For more information on James Polchin, visit www.jamespolchin.com.

These 19 LGBTQ writers and poets are all part of the annual 2021 OutWrite Festival presented by the DC Center in Washington, D.C.

By Various Contributors on August 6, 2021 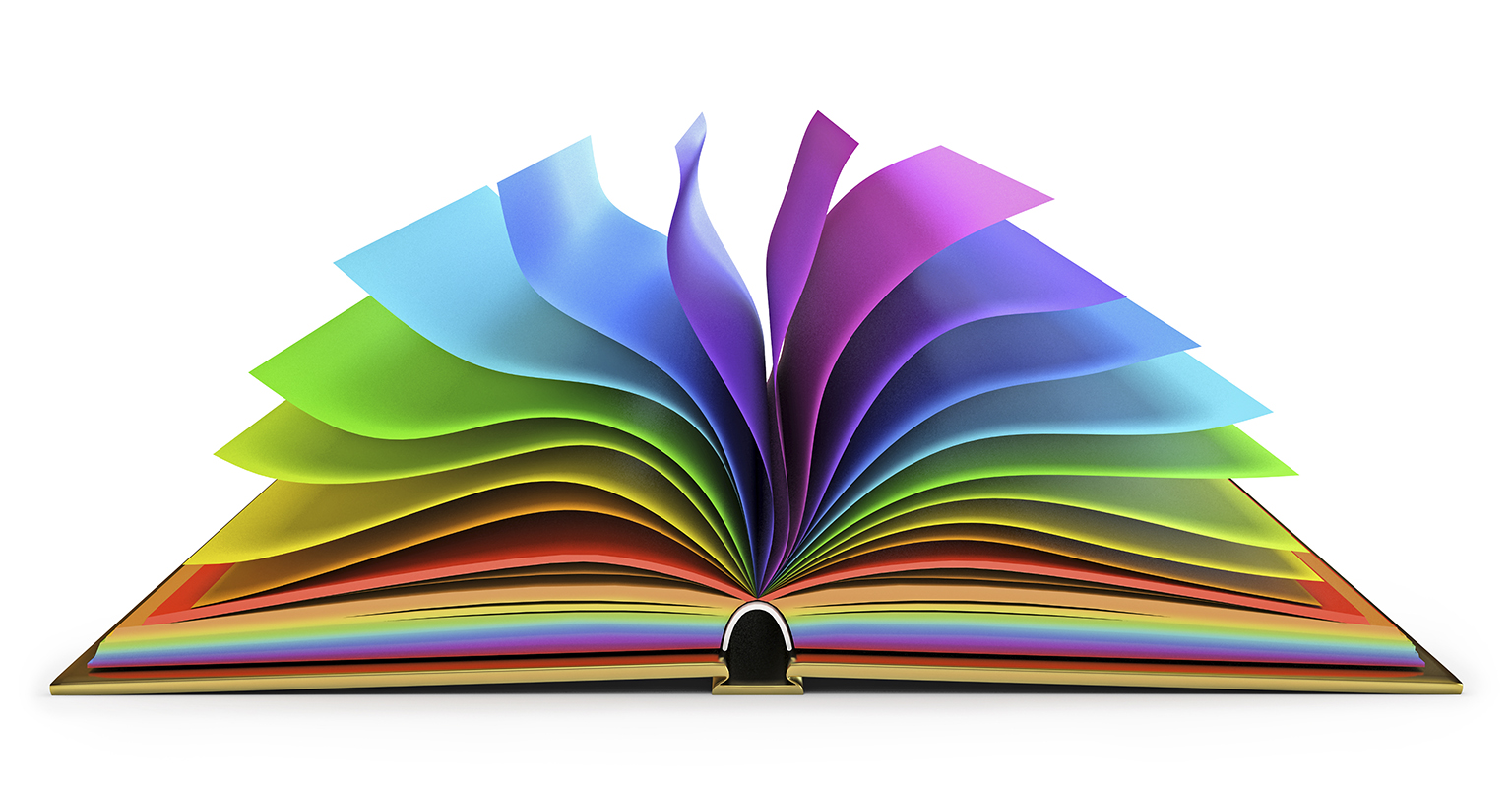 OutWrite 2021: Everything You Need to Know

This year's OutWrite is again virtual, but co-chair Malik Thompson only sees that as a plus in terms of growth and scope.

By Randy Shulman on August 6, 2021 @RandyShulman

As with 2020, there's nothing ordinary about this year's OutWrite, the annual literary festival presented on the first weekend of August by The DC Center. Prior to the pandemic and the need to take the festival in a safety-first, all-virtual direction, the in-person, weekend-spanning OutWrite featured assorted workshops, panels, and dedicated areas where LGBTQ authors met face-to-face with readers in the hopes of adding just one more book to their shelves at home.

OutWrite 2021 authors can still sell their works through an inspired (and inspiring) online sales platform hosted by the local, LGBTQ-owned Loyalty Books working in partnership with BookShop.org (visit www.bookshop.org/lists/outwrite-2021 to purchase or pre-order from a special list dedicated to the festival). But there is once again no face-to-face interaction at this year's event, which runs August 6 to 8, and all its readings and panels will occur in a virtual space.