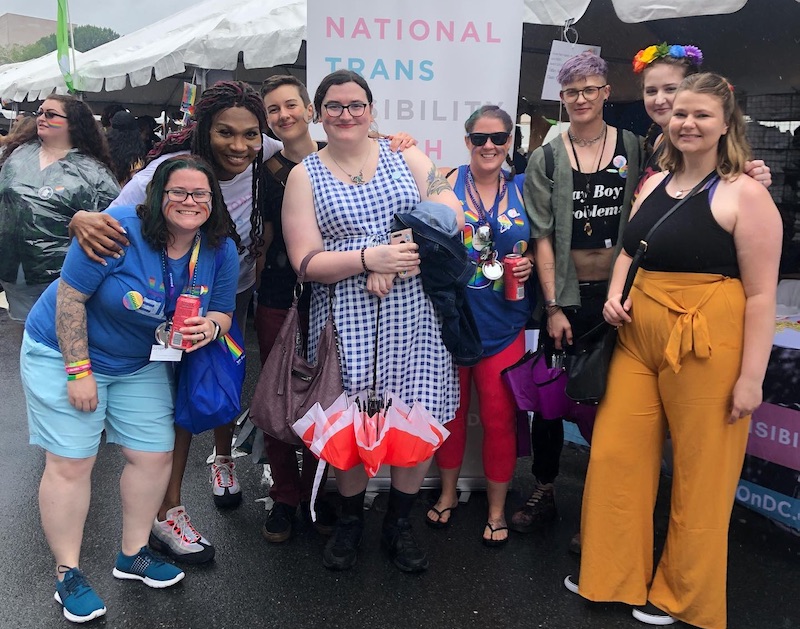 Tickets are still available for “The Ties that Bind Us,” the benefit concert to raise money for the National Trans Visibility March.

The concert, which features performances from the “Seasons of Love” Ensemble of the Gay Men’s Chorus of Washington, D.C., The Levites, The Voices of the Community, and Devoted Alto Dance, is scheduled for 7:30-10 p.m. tonight, Aug. 23, at Unity of Washington DC, 1225 R St. NW.

All proceeds from the event will go toward the upcoming march, which will be held in Washington on Saturday, Sept. 28. 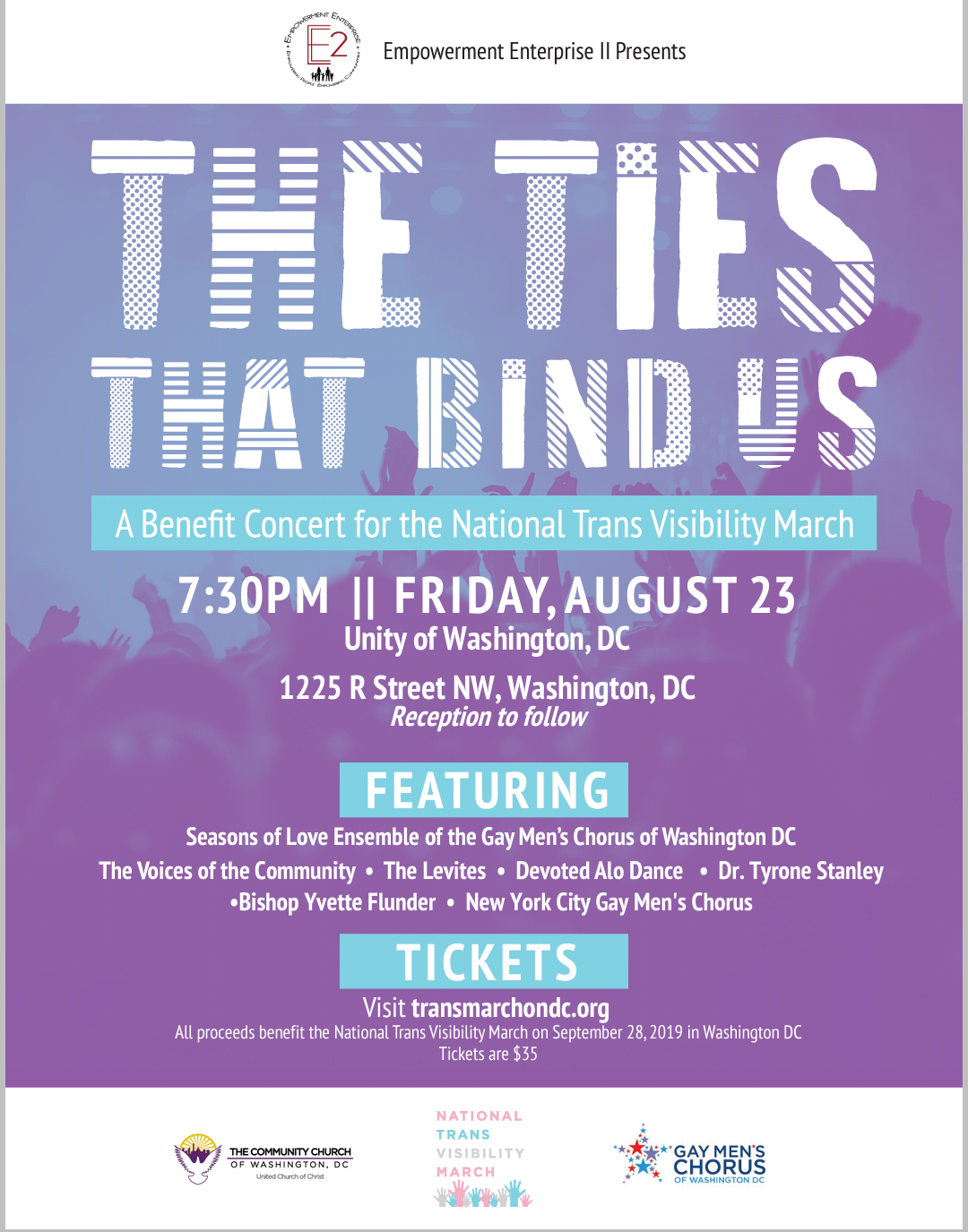 The weekend of the march will feature a number of different events in the days leading up to the actual march, including financial literacy workshops, voter registration workshops in conjunction with Rock the Vote, HIV testing, the Torch Awards honoring 16 trans and nonbinary leaders from across the country, the Trans Visibility Ball, and a headphones “silent after-party” where people will have the option of plugging into live DJ streams by putting on different colored headphones.

On the morning of the march, there will be a rally featuring multiple speakers, including prominent activists and politicians who are allies to the transgender community, prior to the march taking off.

Tickets for Friday’s benefit concert are $10 per person (plus a $1.94 fee) if purchased online through its eventbrite.com page. Additional donations are also encouraged and accepted. Ticket sales end at 7:29 p.m.

For more information on “The Ties that Bind Us: A Night of Inspirational and Empowering Music,”  or on the National Trans Visibility March, visit transmarchondc.org.