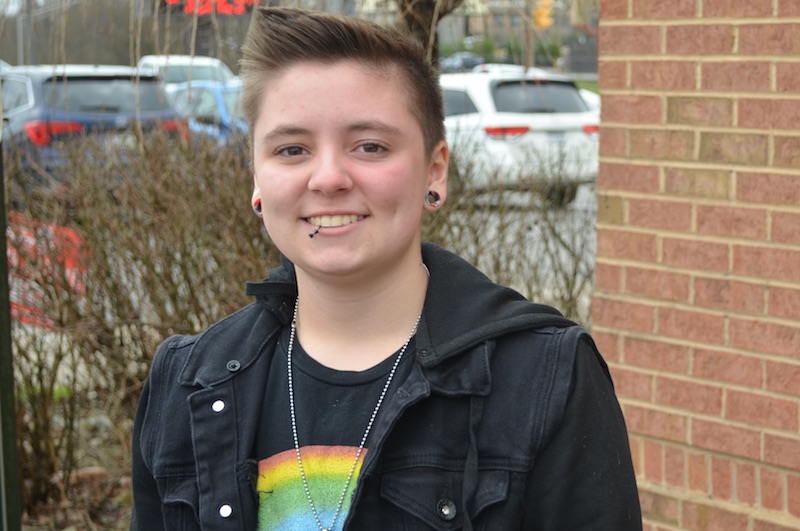 A transgender student in West Virginia is suing the Harrison County Board of Education, claiming abusive treatment at the hands of an assistant principal and a failure by the school system to appropriately discipline them.

Michael Critchfield, a 15-year-old transgender student at Liberty High School in Clarksburg, W.V., alleges that Assistant Principal Lee Livengood confronted him while he was using the boys’ bathroom after school while waiting to go on an after-school trip as a member of the school band.

He says the assistant principal opened the bathroom door to ask if any students were in the stall. Critchfield replied, but when he left the stall, Livengood was standing in the bathroom doorway blocking him from leaving and questioning why he was in there.

Critchfield says he told Livengood it was his right to use the boys’ bathroom, at which point Livengood allegedly challenged the teenager to “come out here and use the urinal” — thereby exposing his genitalia — to “prove” he was a boy.

Livengood has denied the allegations, insisting that he “never initiated” the conversation about using the urinal.

Livengood was suspended without pay in January, and it was reported that the Harrison County Board of Education had not intended to renew Livengood’s contract at the end of the school year. However, by April, the board had approved a continuing contract for the administrator.

Shortly after the incident occurred, Superintendent Mark Manchin held a meeting with Critchfield, his parents, his lawyers with the American Civi Liberties Union of West Virginia, and representatives from the LGBTQ organization Fairness West Virginia, and discussed policies that Liberty High School — and ideally, other schools in the district — could adopt to ensure transgender students are treated according to their gender identity, and to appropriately discipline Livengood.

Among those steps that were discussed were: allowing the creation of a Gay-Straight Alliance Club at Liberty High; implementing policies to use correct pronouns when referring to transgender students and amend their school records to reflect their gender identity and proper names; provide sensitivity and LGBTQ competency training to employees; require Livengood to write a letter of apology and attend LGBTQ competency training; and ensure, as much as possible, that the assistant principal would have “little to no interaction with” Critchfield.

The school system agreed to create the Gay-Straight Alliance and brought in experts from the West Virginia University LGBTQ+ Center to help carry out the sensitivity training sessions for district employees.

But the district eventually stopped responding when the ACLU of West Virginia attempted to ensure that the other steps were being properly implemented.

Additionally, Livengood reportedly wrote a letter, described by Critchfield’s lawyers in court documents as “woefully inadequate,” in which he only apologized for “raising his voice.”

“This action is a last resort,” Loree Stark, the legal director of the ACLU of West Virginia, said in a statement. “Time and time again, we have attempted in good faith to work with Harrison County Schools to create a safe environment for Michael and others like him, but school officials have not taken this seriously.” 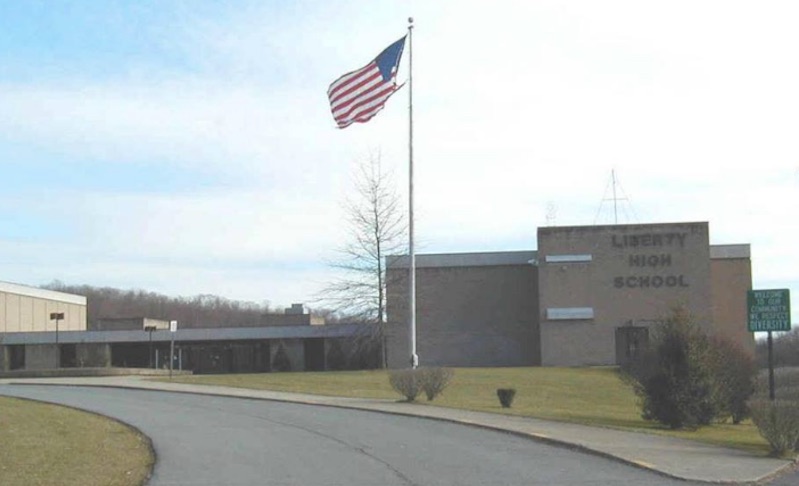 Regarding Livengood’s continued contact with Critchfield, Stark told Metro Weekly that ACLU repeatedly contacted the school to report that Livengood was continuing to be scheduled for lunch duty in a way that would force Critchfield to interact with him. But the school never responded to their complaints.

In the complaint, filed by the ACLU of West Virginia and co-counsel Teresa Toriseva, of Toriseva Law in Wheeling, W.V., Critchfield accuses Livengood, acting in his role as an agent of the Harrison County Board of Education, of false imprisonment, assault, sexual harassment, and intentional infliction of emotional distress.

In addition, the lawsuit alleges the Harrison County Board of Education was negligent in fulfilling its duty to provide a safe environment for Critchfield, as well as in reversing its decision and agreeing to renew Livengood’s contract, and failed to take appropriate action to remedy the situation and ensure that Critchfield would not be forced to interact with Livengood on a regular basis.

“The relief we’re seeking in the lawsuit is to create an environment where Michael feels safe, and, at a minimum, he should not be in the same space as someone who held him prisoner for four long minutes in a bathroom and asked him to urinate in front of him, expose himself in front of him, screamed and screeched at him, and made him fear for his physical safety,” Toriseva told Metro Weekly in an interview.

“Much less than that would get someone a protective order in a domestic situation. We’re seeking injunctive relief to guarantee that Michael can go to school, be safe, and not be subjected to this individual who is menacing, all too often there when he doesn’t need to be there, standing against the wall with his arms crossed, glaring [at Michael].”

Asked how she would respond to those who criticize the charges levied against Livengood in the official complaint as being too harsh, Toriseva says she believes the lawsuit actually understates the severity of situation.

“I’ve been practicing law for 20 years,” Toriseva says. “You can’t block somebody’s vehicle to stop them from leaving. If you do, it’s false imprisonment. Mere seconds is enough to create a false imprisonment, because as soon as the individual can’t leave, and you’re screeching and screaming at them, the fear they have is overwhelming.

“The other thing is it was four long minutes. I challenge anyone to imagine someone twice their size, twice their age, and with complete authority over them for four long minutes, to the point where you don’t know what’s going to happen. It is not being overblown at all. … Read the actual facts and statements of what happened, and imagine that it’s your kid or that it’s you, in any situation where someone has complete dominion over you and is abusive in this way.”

“Schools are supposed to protect students,” Critchfield said in a statement. ” I’ve said all along I’m doing this to help other kids who are facing this same kind of treatment.”

Toriseva hopes that the injunction they’re asking for, to compel Livengood to end the contact he has with Critchfield during school hours, will force the Harrison County Board of Education to examine its own conduct and develop policies to better address instances of bullying and harassment.

“It forces the board to say — if they’re being a responsible board — ‘How do we protect students in the future, and how do we not get ourselves into this situation again?” she says. “So candidly, I think it begins to bring about change, perhaps for the wrong reasons, such as fear or anticipation of some future lawsuit, but I do think it has them focused and thinking about how to prevent this problem in the future.

“If administrators think that they can act this way, and their employer will back them, it continues to reinforce that bad behavior,” Toriseva adds, referring to the decision to renew Livengood’s contract. “However, if they understand that there are consequences and it won’t be tolerated, then it automatically creates a healthier, safer environment, I think, for all students.”

Log Cabin leader resigns over Trump endorsement, says the gay Republican group should be “shut down”

John Riley is the local news reporter for Metro Weekly. He can be reached at jriley@metroweekly.com
← Previous Story GLAAD joins partnership to co-host LGBTQ-centric presidential forum
Next Story → Victory Fund endorsed Pete Buttigieg for president, but its lesbian members aren’t so sure