By John Riley on August 5, 2019 @JohnAndresRiley 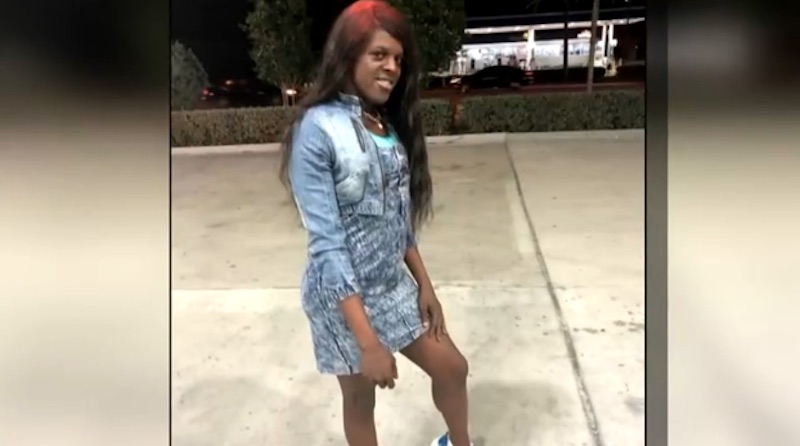 Police are searching for the suspect accused of killing transgender woman Kiki Fantroy in Goulds, Fla., an area of Southwest Miami-Dade County.

Fantroy, 21, was shot and killed last Wednesday after leaving a party at a friend’s home, according to her family.

Miami-Dade Police haven’t said whether the shooter was on foot or approached in a vehicle, but believe Fantroy was killed during an argument that turned violent.

Police say when officers responded to the shooting, they found Fantroy suffering from multiple gunshot wounds, with a group of people nearby. Fantroy was transported by EMS technicians to a local hospital, where she died, reports The Miami Herald.

Police are asking anyone with information about the murder to come forward. On Friday, they distributed flyers in the neighborhood where the shooting took place.

Fantroy’s mother has speculated publicly that her daughter was targeted because of her gender identity.

“The feeling is indescribable,” Rhonda Comer said of the sorrow she feels. “The pain. The void. You know that feeling after losing a child and you losing a child for no apparent reason. Because she’s gay. And my understanding…was she was killed because of her desire to be a woman.”

But police have said they don’t believe Fantroy’s status as a transgender woman played any part in her death.

Fantroy is the 13th transgender woman in the United States to be killed violently this year.

“[W]hen I read the story, it broke my heart. I was actually in tears,” Sahfari Ebony, of the League of Extraordinary Transgender Women, a local trans support group, told local ABC affiliate WPLG.

“To see that one of my trans sisters has been killed and the killer is still out there and they can’t find them, anybody could be next,” Ebony said.

Miami-Dade Crime Stoppers is offering a $3,000 reward for information leading to the arrest and conviction of the shooter. Tips can be left by calling Crime Stoppers at 305-471-TIPS (8477).