Editor’s Picks: DC Beer Week, What The Constitution Means To Me, TheatreWeek Kickoff Party, and more!

By Randy Shulman on September 5, 2019 @RandyShulman 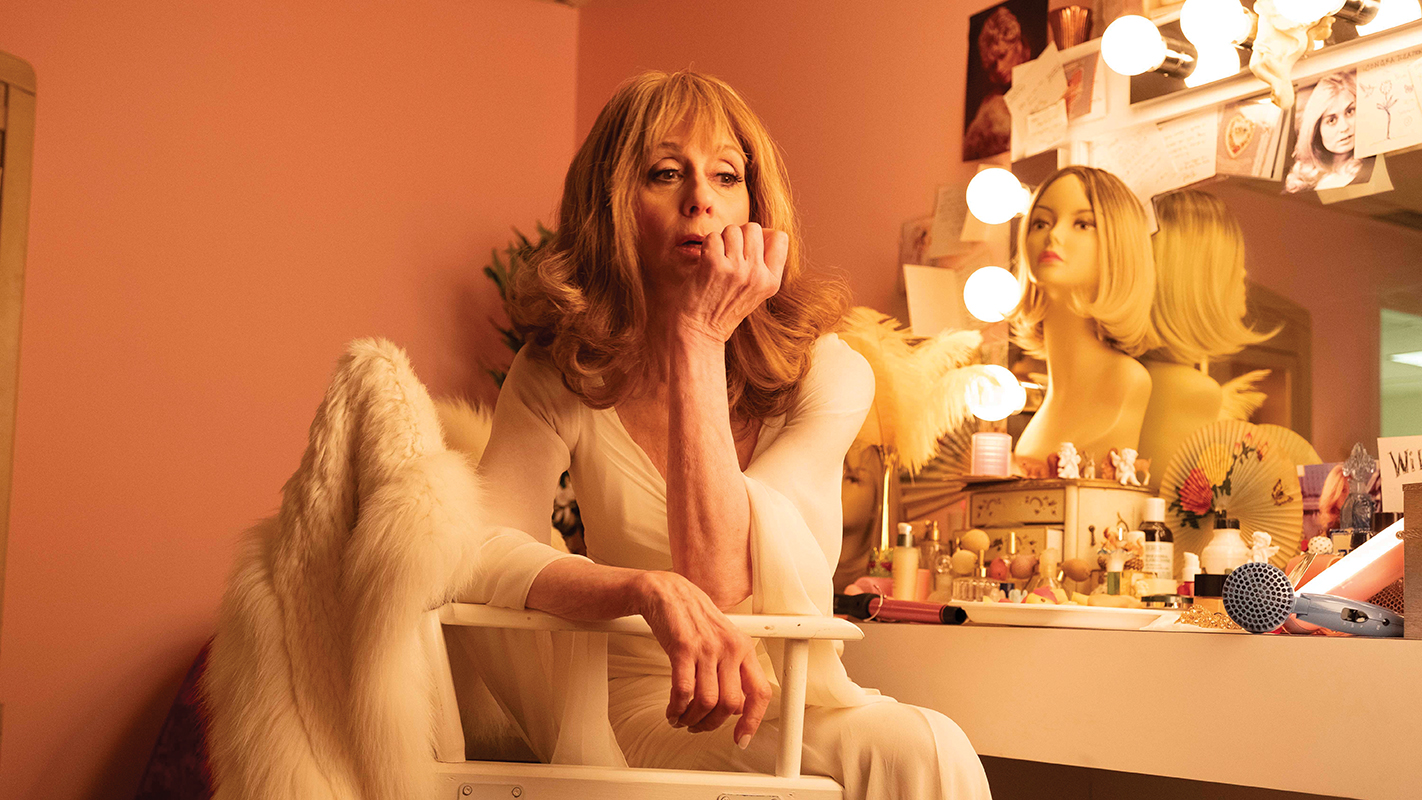 Before You Know It: Judith Light

BEFORE YOU KNOW IT

Veteran actress and longtime LGBTQ ally Judith Light plays a plucky, indomitable actress who is not dead, as her two daughters were led to believe. The truth is their mother is still very much working as a third-rate soap opera star. Director Hannah Pearl Utt stars as Rachel, a level-headed lesbian, opposite Jen Tullock as her flighty, flirty sister Jackie in a spiky dramedy that the two wrote together. Mike Colter and Alec Baldwin also star. Opens Friday, Sept. 6. Landmark’s E Street Cinema, 555 11th St. NW. Call 202-452-7672 or visit www.landmarktheatres.com.

Smithsonian Back to School Film Series: The Breakfast Club

SMITHSONIAN’S BACK TO SCHOOL FILM SERIES 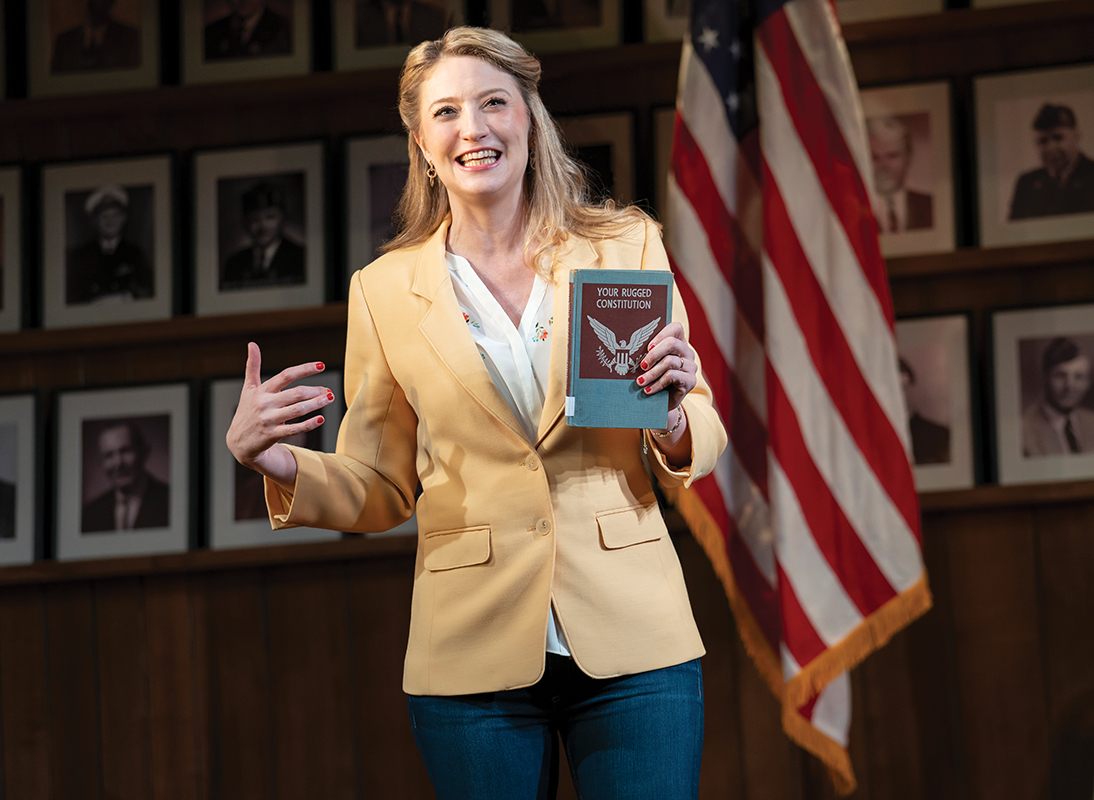 Heidi Schreck: What the Conststution Means to Me — Photo: Joan Marcus

WHAT THE CONSTITUTION MEANS TO ME

In her boundary-breaking new play, Heidi Schreck resurrects her 15-year-old self, a repeat winner of Constitutional debate competitions, in order to trace the profound relationship between four generations of women in her family and the founding document that shaped their lives. Having garnered two Tony Award nominations earlier in the year and recently named a Pulitzer Prize Finalist for Drama, What The Constitution Means to Me starring Schreck comes to the Kennedy Center for a limited, two-week engagement. Wednesday, Sept. 11 through Thursday, Sept. 22. Kennedy Center Eisenhower Theater. Tickets are $49 to $169. Call 202-467-4600 or visit www.kennedy-center.org. 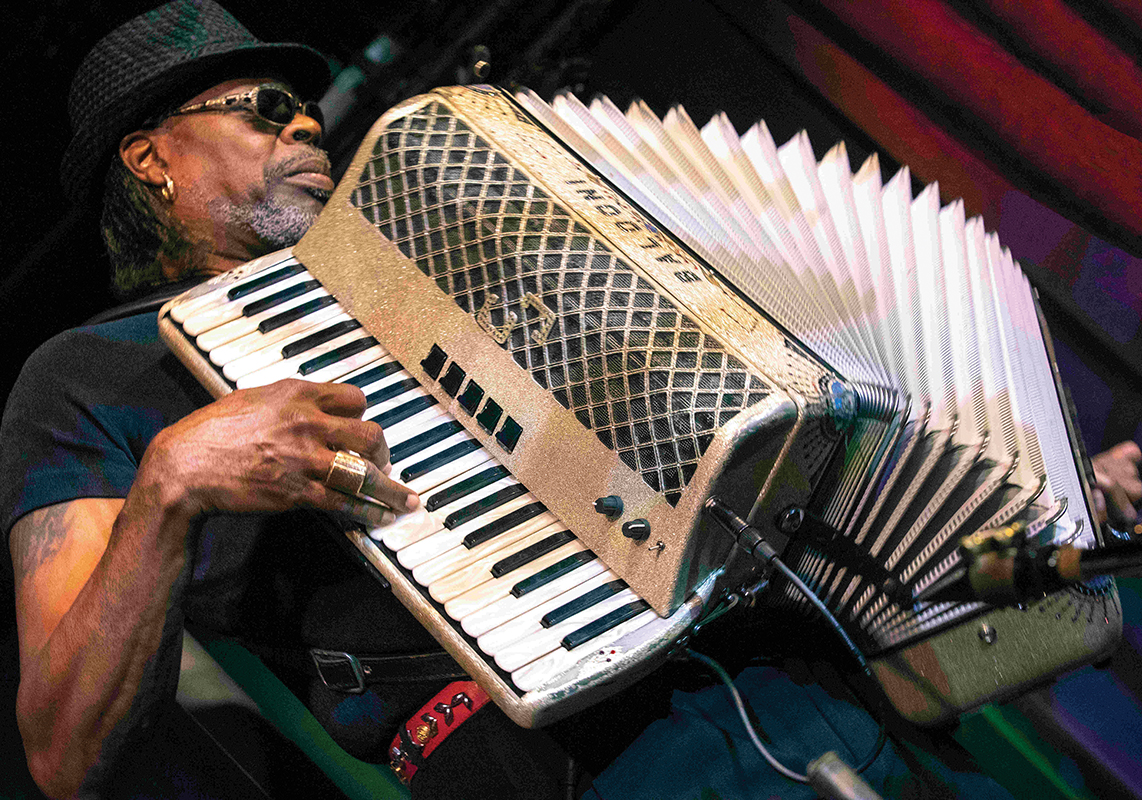 Next up in the outdoor American Roots Concert Series at the Hill Center is a performance by the Grammy-nominated Creole musician, C.J. Chenier, son of Clifton “The King of Zydeco” Chenier. The bluesy singer and accordion player will lead the Red-Hot Louisiana Band during a free late-afternoon concert further enhanced by two boxed offerings from the acclaimed nearby restaurant Little Pearl. A Cold Fried Chicken or Cold Fried Eggplant box can be ordered up until Thursday, Sept. 5, and available for pick-up on the patio at Little Pearl an hour before the concert. Sunday, Sept. 8, at 4:30 p.m. Hill Center at the Old Naval Hospital, 921 Pennsylvania Ave. SE. Free. Call 202-549-4172 or visit www.HillCenterDC.org. 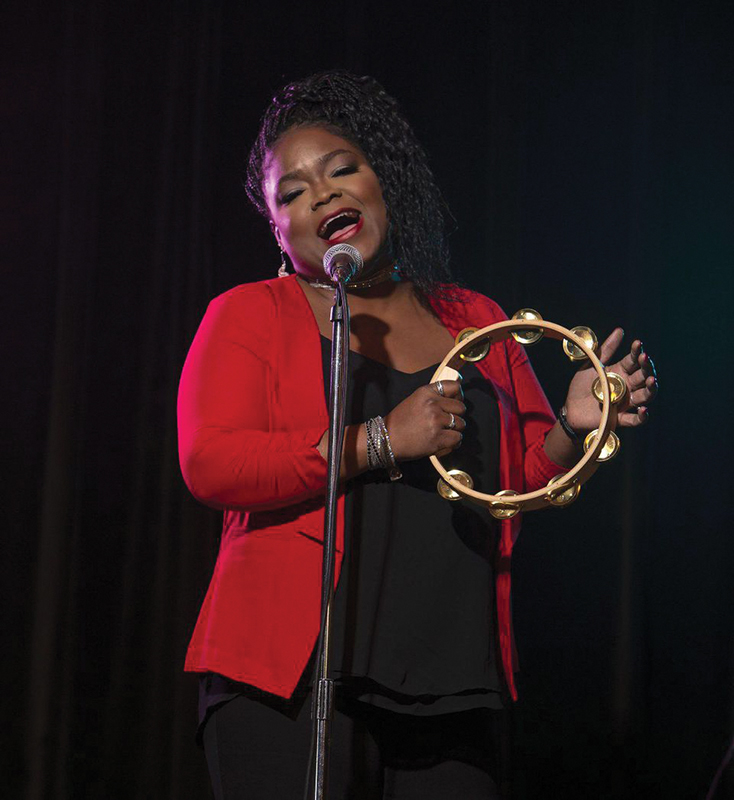 Continuing the legacy of blues divas Etta James and Bessie Smith — to say nothing of her late father, Texas bluesman Johnny Copeland — Shemekia Copeland is far from just a powerhouse brassy blues singer-songwriter. The stirring, genre-bending music featured on the 40-year-old’s eighth release, America’s Child, is a bluesy, soul-fired blend of Americana, folk, and rock. Recorded in Nashville, the set “celebrates our collective diversity in all its forms and colors.” Friday, Sept. 13, at 8 p.m. Amp by Strathmore, 11810 Grand Park Ave. North Bethesda. Tickets are $25 to $45. Call 301-581-5100 or visit www.ampbystrathmore.com. 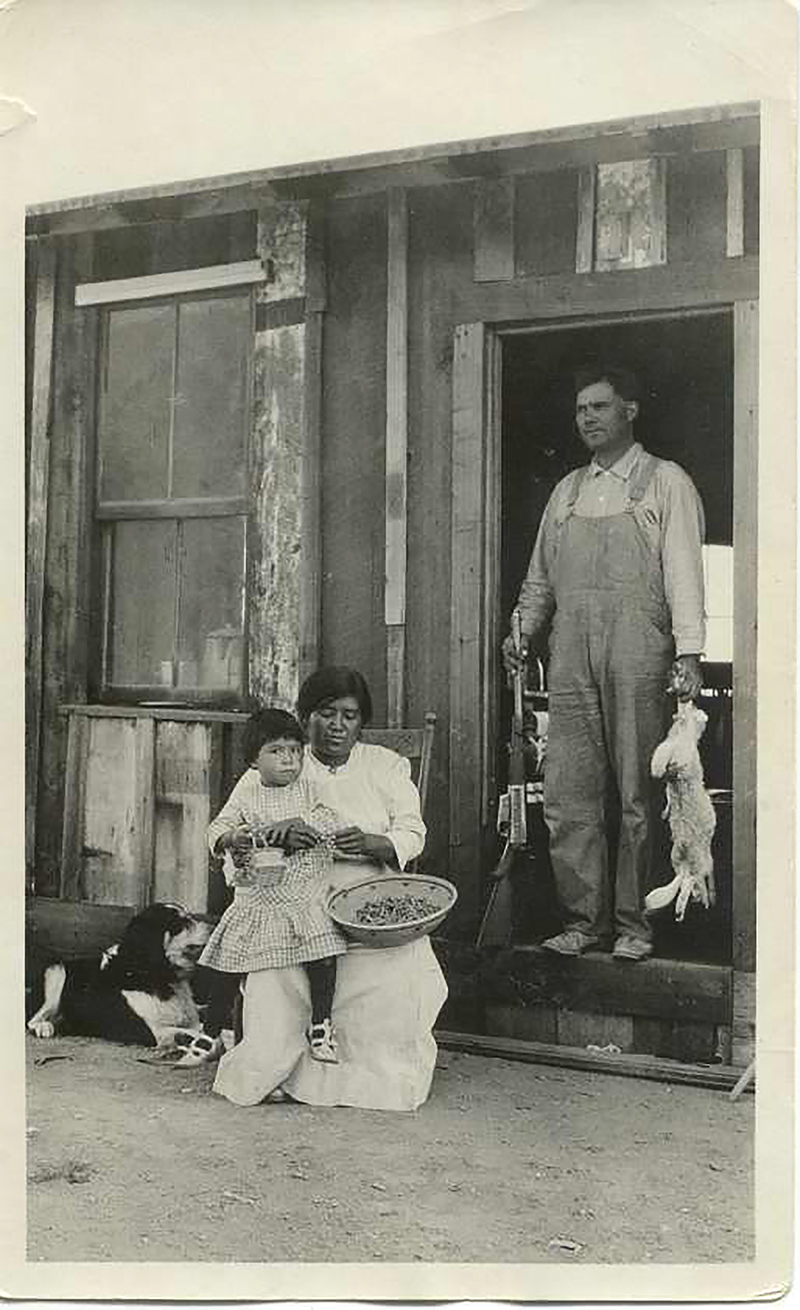 SECTION 14: THE OTHER PALM SPRINGS, CALIFORNIA

Before it became a gay desert mecca and a resort for the rich and famous, Palm Springs was a desert outpost — as well as home to the Agua Caliente Indian Reservation. The National Museum of the American Indian shines a light on a land battle in Palm Springs, yet another in a long string of conflicts between western expansion and Indigenous peoples’ rights. The focus is on Section 14, a one-square-mile tract in downtown Palm Springs that forms the heart of the reservation. The Agua Caliente Band of Cahuilla Indians created the exhibition, which was organized by the Agua Caliente Cultural Museum. On display through Jan. 2020. National Museum of the American Indian, Independence Avenue at 4th Street SW. Call 202-633-1000 or visit www.nmai.si.edu. 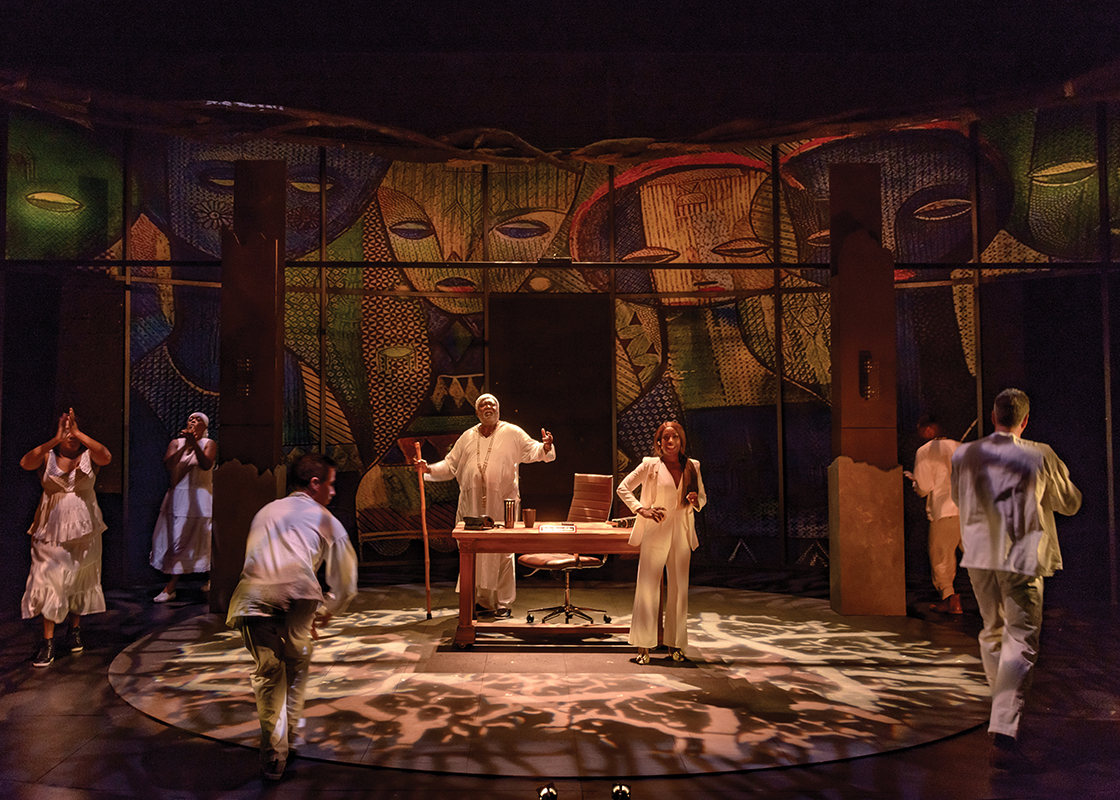 More than two dozen local theaters offer discounted tickets — ranging from $15 to $35 — to their current offerings as part of a nearly month-long, TheatreWashington-organized promotion that helps launch the new season. This year’s lineup includes Assassins at Signature, Fences at Ford’s, Doubt at Studio, Trying at 1st Stage, Cabaret at Olney, and Elephant & Piggie’s “We Are In A Play!” at Adventure Theatre-MTC. TheatreWeek also features a dozen or so special events, many free, including notable first-week offerings such as a Show Tunes & Cocktails party with pianist Glenn Pearson at the Beacon Bar & Grill, on Monday, Sept. 9; Beltway Barks, the annual adoption event by DC Actors for Animals at the Rockville Town Center, on Saturday, Sept. 14; a Tour d’ Theaters Bike Ride led by Theater J’s Adam Immerwahr on Sunday, Sept. 15; and a Historic Theatre Walking Tour featuring NPR’s Bob Mondello and presented by Cultural Tourism DC on Monday, Sept. 16. First up is the free Kickoff Party starting at 11 a.m. on Saturday, Sept. 7, at Arena Stage. Along with demonstrations, conversations, and giveaways, the party features entertainment throughout, with highlights including performances by acclaimed local actors Felicia Curry, Wood Van Meter, and Monique Midgette, Creative Cauldron’s married musical-writing team of Stephen Gregory Smith and Matthew Conner, select cast members from the recent production of Into The Woods at Ford’s, and an excerpt from Synetic Theater’s “wordless Shakespeare” production of The Tempest. Call 202-337-4572 or visit www.theatreweek.org. Discount tickets available at www.TodayTix.com. 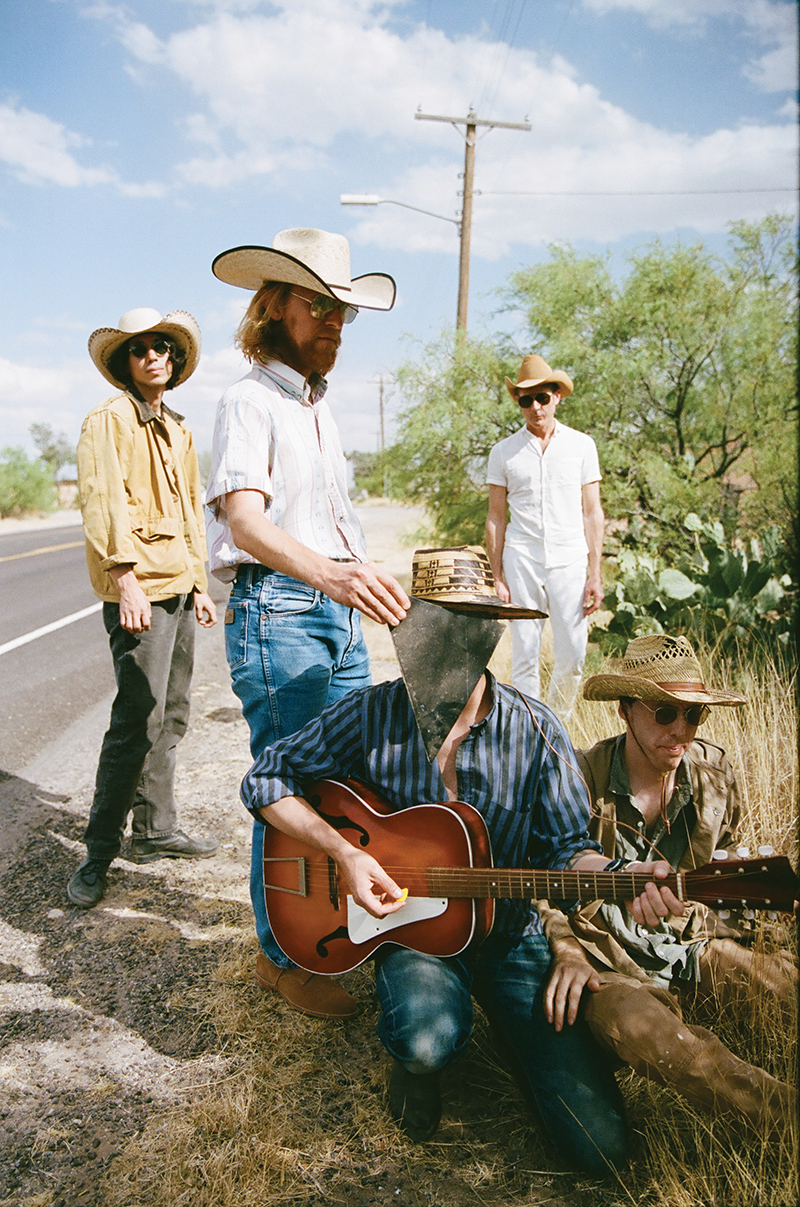 With the release of Deerhunter’s last album, 2015’s Fading Frontier, lead singer-songwriter Bradford Cox swore off the dreamy, shoegazy quality that ran through much of the Atlanta-based group’s early work. On this year’s Why Hasn’t Everything Already Disappeared? he happily proclaims it dead and buried. This time around, Deerhunter find themselves squarely in the present, fixated on upheaval and transience, themes that are reflected in its brief runtime. Depending on what one wants to read into the lyrics, Why Hasn’t Everything Already Disappeared? could be described as a political album, albeit an unconventional one. Its voice hovers between resignation and distress, seemingly bewildered by a world gone mad, in which chaotic politics are both cause and consequence of a wider tumult. Cox manages to keep up a sense of humor in his narration. Including himself in the joke saves the album from veering into outright sanctimony. The band will perform the new work as part of a co-headlining show at the 9:30 Club with Dirty Projectors, a Brooklyn-based outfit touring in support of a new self-titled breakup album produced by the legendary Rick Rubin. Sunday, Sept. 8. Doors at 7 p.m. 815 V St. NW. Tickets are $30. Call 202-265-0930 or visit www.930.com. (Sean Maunier) 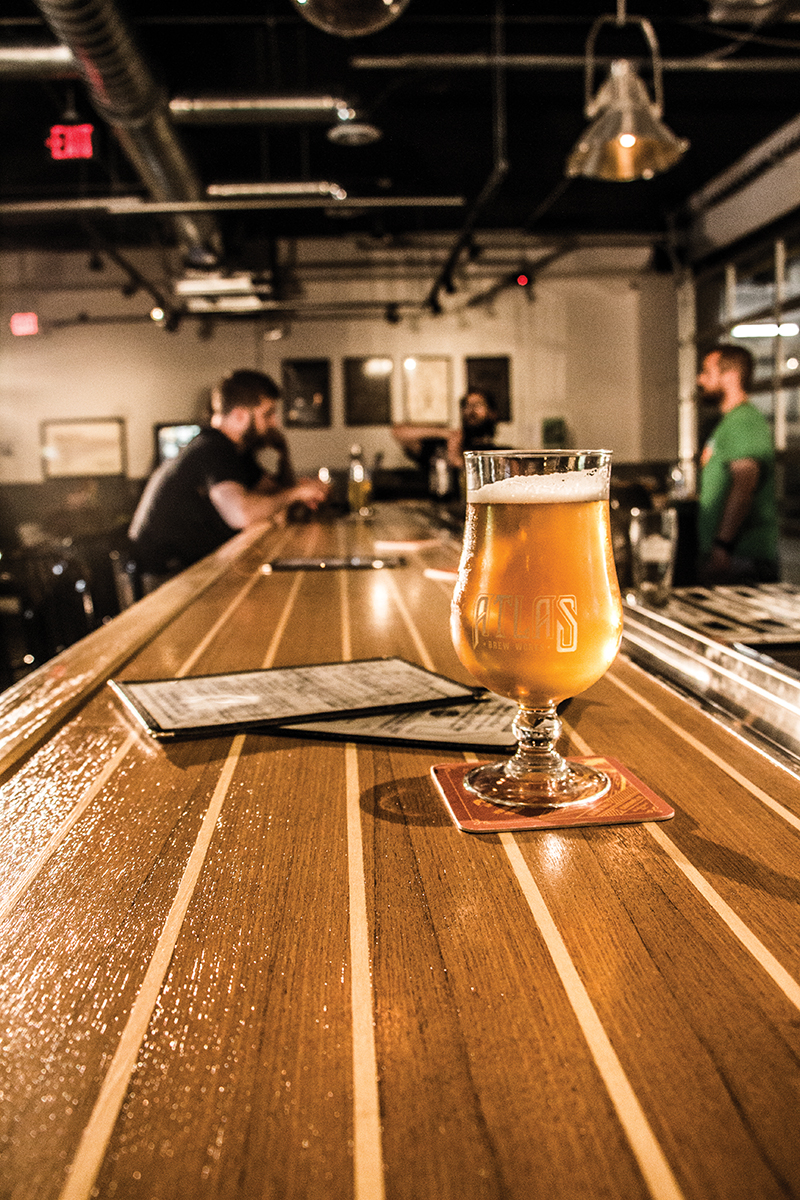 When this promotion was launched 11 years ago, there weren’t any breweries based in D.C., just a dedicated crew of craft beer aficionados with a dream. Now there are a dozen breweries in D.C. proper and the entire region has seen an explosion in the craft. DC Beer Week has grown by leaps and bounds, with dozens of events taking place over the course of eight days. This year’s Marquee Events include: the Kickoff Party at Bluejacket on Sunday, Sept. 8, where a selection of guest beers will be poured and the promotion’s official beer for 2019 will be released, the German-style lager Solidarity Beer, brewed on-site; the Washington, D.C. Total Tap Takeover at Churchkey on Tuesday, Sept. 10, in which 55 local craft breweries will be represented; Roofers Union Kick the Keg Contest on Wednesday, Sept. 11, in which seven local breweries compete for bragging rights as the audience’s favorite brew; “Red Bear Celebrates Women In Beer” on Thursday, Sept. 12, featuring a panel discussion on the topic; and Brewers on the Block in Buffalo & Bergen’s outdoor beer garden Suburbia on Saturday, Sept. 14, where guests can get unlimited pours in a souvenir tasting glass from 40-plus area breweries, cideries, and meaderies. DC Beer Week runs to Sunday, Sept. 15. Visit www.dcbeerweek.net for a full schedule of events.

Randy Shulman is Metro Weekly's Publisher and Editor-in-Chief. He can be reached at rshulman@metroweekly.com.
← Previous Story Spotlight: Pam Ann Returns at the Howard Theatre
Next Story → Editor’s Picks: APO’s Coat of Many Colors, Pulp Fiction, Capital Home Show, and more!