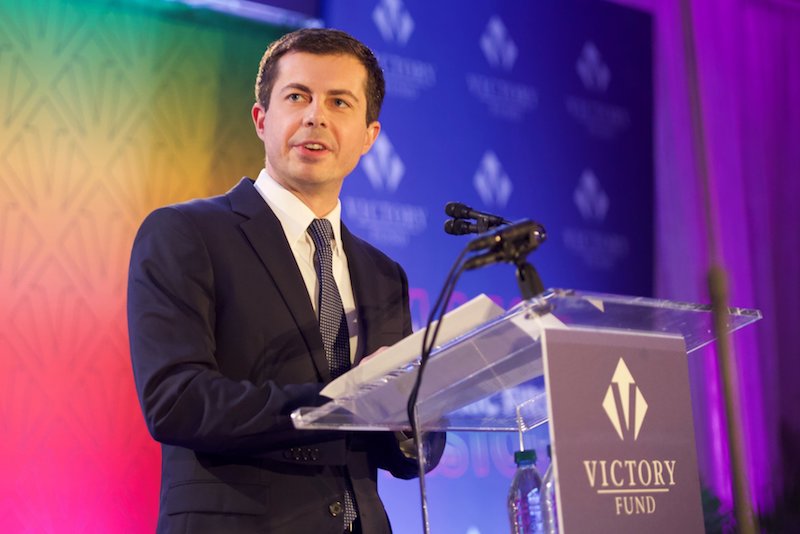 Pete Buttigieg has reversed course on comments he made last week saying that he “can’t even read the LGBT media anymore.”

In an interview on Buzzfeed News’ AM2DM, Buttigieg attributed the comments to a “grumpy moment” and said he doesn’t want to detract from the “very important work” being done by LGBTQ media outlets.

Buttigieg drew criticism last week after saying on SiriusXM’s The Clay Cane Show that he doesn’t read LGBTQ media because “it’s all, ‘He’s too gay, not gay enough, wrong kind of gay.’”

Cane had asked Buttigieg about criticism from “LGBT circles” that “more masculine-presenting men have more access,” saying, “How different would it be if you were quote unquote ‘more effeminate?’”

“It’s tough for me to know, right, because I just am what I am, and you know, there’s going to be a lot of that,” Buttigieg said. “That’s why I can’t even read the LGBT media anymore, because it’s all, ‘he’s too gay,’ ‘not gay enough,’ ‘wrong kind of gay.’

“All I know is life became a lot easier when I just started allowing myself to be myself, and I’ll let other people write up whether I’m ‘too this’ or ‘too that.'”

Buttigieg was criticized by media professionals for targeting LGBTQ outlets, particularly because two of the most prominent articles asking if the presidential candidate is “gay enough” appeared in non-LGBTQ media.

AM2DM co-host Alex Berg noted the controversy Buttigieg’s comments had generated, asking him, “When LGBTQ+ journalism is dwindling despite our rights being threatened at higher rates, why come for queer media?”

Buttigieg responded by saying he appreciated the question and “the chance to clear this up.”

“Just to be clear: LGBTQ media plays an increasingly important role, especially at a time like this,” he said. “I had a grumpy moment where I was thinking about some of the coverage that I do get frustrated with that seems to tell people how to be gay.

“And that’s, to be fair, happening in a lot of different sources and places online and it’s one reason why, as a candidate, it’s healthy just not to read too many clips about yourself to begin with,” he continued. “But I don’t want to take away from the very important work that’s being done in the queer media right now.”

Asked whether criticism over his comments was unfair, Buttigieg said, “Everything you say is on the record and every thing you say has an impact. It’s important to make sure you’re saying things the right way and that they have the right effect.”

Mayor @petebuttigieg tells @AM2DM that he was having a "grumpy moment" when he criticized LGBTQ media and said his frustration was about coverage that "seems to tell people how to be gay" pic.twitter.com/Daxd9KFADC

Buttigieg has previously addressed questions about whether he is “gay enough,” telling the Associated Press earlier this year that “there’s not gonna be an answer for everybody.”

“The best way I’ve found to deal with that is to just be myself and let other people worry about whether it’s enough,” he said.