Exploring a world of fantasy, and grief, in the heartfelt queer-themed dramedy "She Kills Monsters" 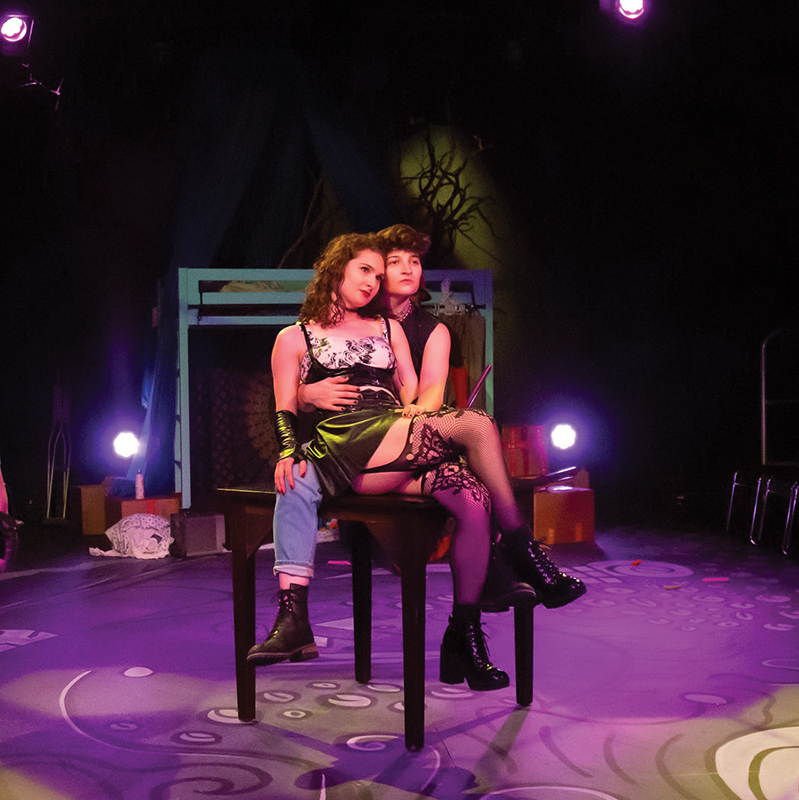 Before the audience reaches their seats at the Rorschach Theatre production of Qui Nguyen’s wily drama She Kills Monsters (★★★☆☆), they first must pass through a three-room introduction to the fantasy world within the world of the play. It’s an imaginative device for immersing the audience among the actors portraying this gut-punch story of sibling love and acceptance, and sending the entire party on a mutual quest to the heart of whatever mysteries are revealed. Of course, the staggered entry inevitably leaves some in the audience waiting their turn either at the beginning or the end of the immersive prologue. Nevertheless, the participatory process does draw the crowd into the thick of the plot.

The dramatic quest at hand is that of Athens, Ohio schoolteacher Agnes Evans (Christina Day), attempting to put to rest her recently, and suddenly, deceased younger sister Tilly (Alanna McNaughton). In the process of packing up Tilly’s room, Agnes confronts the sad truth that she didn’t really know her introverted little sis, who was a senior at the high school where Agnes teaches. To quell her grief, and compelled to understand the loved one she’s lost, Agnes steps inside the role-playing adventure game Dungeons & Dragons, where ’90s teen Tilly expressed her true self through fantasy persona Tillius the Paladin.

As Tillius, dungeon master Tilly crafted a playbook for the D&D expedition that absorbs Agnes, and the audience, within Tilly’s fabulously inclusive fantasy quest for “The Lost Soul of Athens.” We’re joined on the quest by elf Kaliope (Stephanie Wilson), brave Orcus (Darius Johnson), and kickass, leather-clad warrior Lilith (Anna DiGiovanni), as Agnes and Tillius battle side-by-side to find and save the fabled lost soul.

The melancholy sentiment propelling Agnes on her journey, and driving the coming-out, coming-of-age narrative is both deeply felt and delicately rendered. Randy Baker’s solid production might not achieve all the play’s steep ambitions of immersing its characters and the audience in the idea of Tillius the Paladin’s magical realm, but the company lovingly captures just how enthralled a young queer person can be in their own private joy, or pain. The cast gets a sweet assist from the characters’ makeshift D&D costumes by Julie Cray Leong, and atmospheric lighting design by Brian S. Allard. And Casey Kaleba’s fight choreography delights and surprises, while clever set and prop design help render the telling details of Tilly’s inner life, like decals of the initials “TE + LM” stuck to a trunk in Tilly’s room.

Agnes learns that the creatures and monsters in Tilly’s made-up world are all analogues, in true The Wizard of Oz style, to real-life figures in her high school existence. The revelation of the characters’ dual identities enriches the journey for Agnes, the audience, and the cast, with DiGiovanni especially impressive shuttling between playing take-no-prisoners, double dagger-wielding Lilith, and far less self-assured high schooler Lily. As two teens brimming with confidence, Mary May and Lori Pitts add dashes of devilish brio playing comical demon duo Evil Tina and Evil Gabbi. 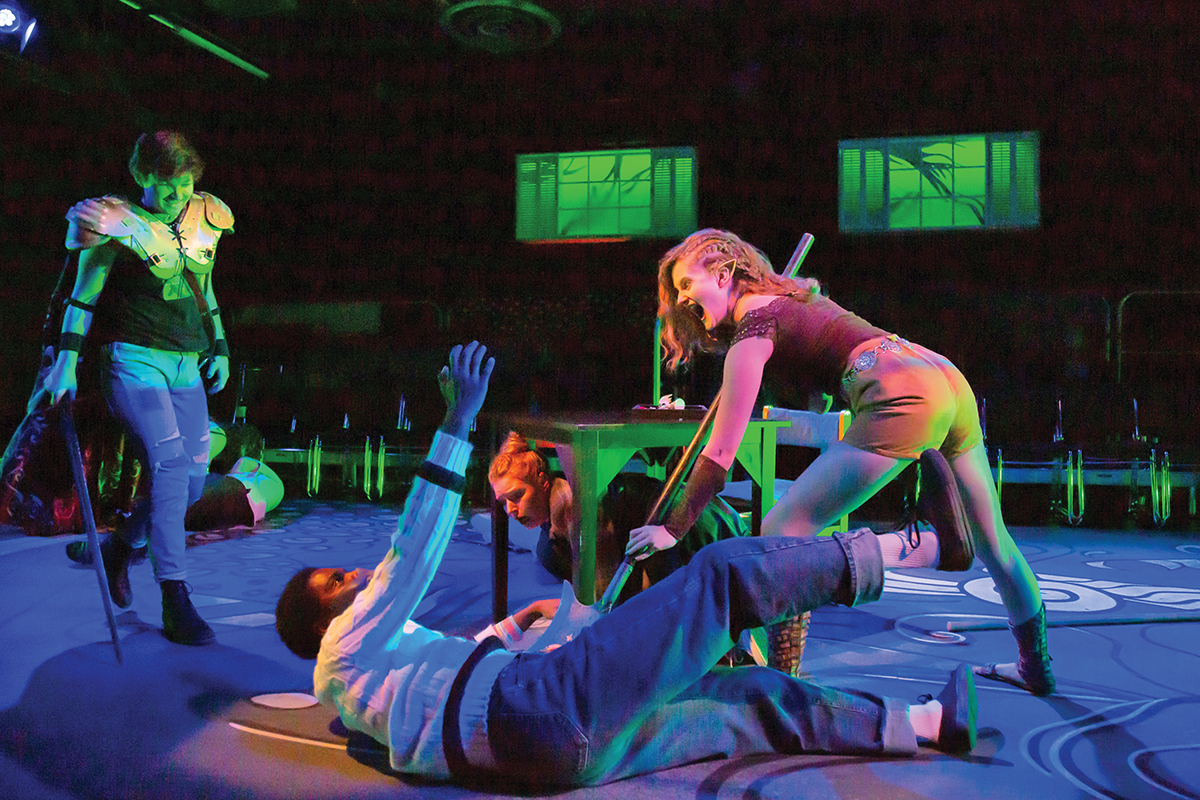 By contrast, McNaughton strikes an effectively earnest chord in the role of Tilly, the lost soul at the center of warring elves and demons on one side, and rival geeks and cheerleaders on the other. She and DiGiovanni develop a vibrant rapport as comrades Tillius and Lilith, the formidable female duo of Tilly’s dreams. Less credible is the sibling rapport between McNaughton’s Tilly and Day’s Agnes, to say nothing of the flimsy romantic subplot involving Agnes’ drip of a longtime boyfriend, Miles (Daniel Westbrook). But even Miles figures in Tilly’s fictional world.

Guiding the journey into those dreams and secrets, and the adventure Tilly imagined for herself and her game-playing friends, is her classmate Chuck Biggs, charmingly played by Andrew Quilpa, whose performance taps into the show’s humor and its sentimentality. It’s an emotional quality shared by the show’s well-chosen soundtrack of ’90s hits, reflecting a relatable teenage playlist of tunes by the Cranberries, Tori Amos, En Vogue, TLC, and the Red Hot Chili Peppers, to name a few. In search of a lost soul, She Killed Monsters chases a few waterfalls, and a touching trail of nostalgia, to a queer teen’s “strong, powerful, magical” world.

André Hereford covers arts and entertainment for Metro Weekly. He can be reached at ahereford@metroweekly.com. Follow him on Twitter at @here4andre.
← Previous Story DC Theater Review: ‘Everybody’ at Shakespeare Theatre
Next Story → DC Theater Review: ‘What to Send Up When It Goes Down’ at Woolly Mammoth Theatre