By Randy Shulman on October 17, 2019 @RandyShulman 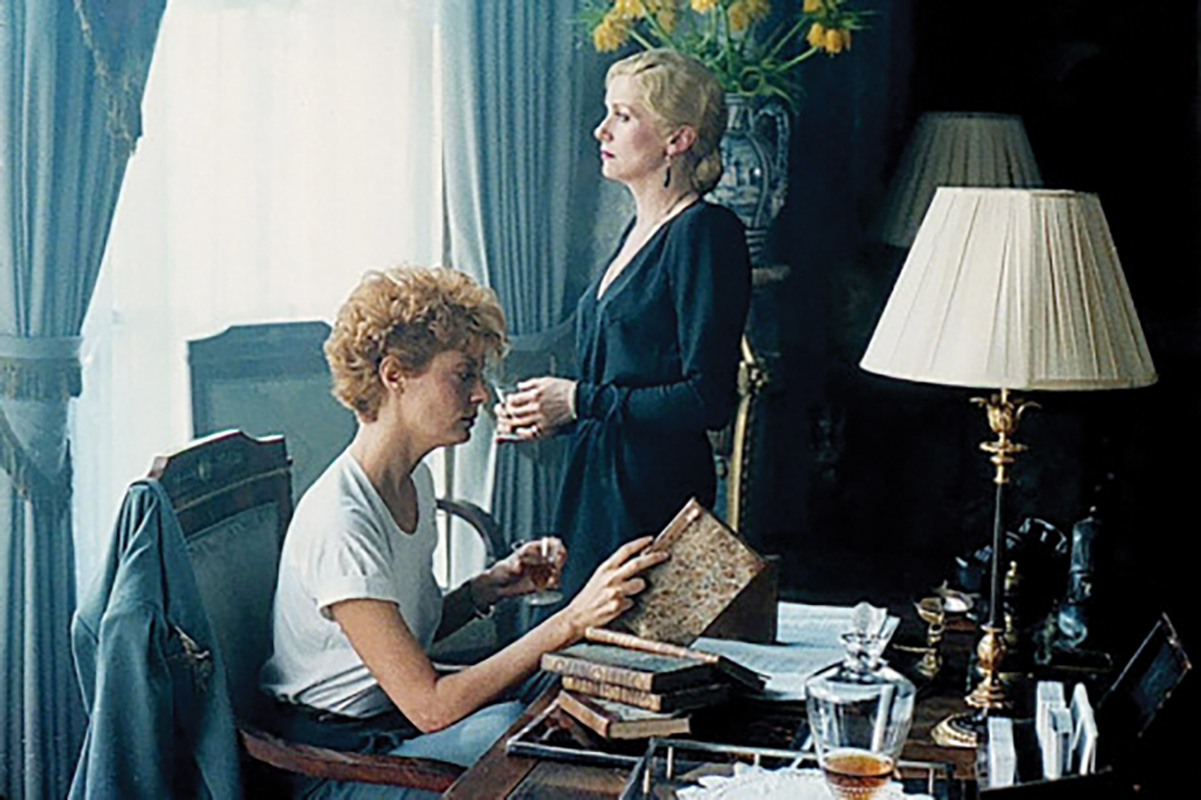 Catherine Deneuve and Susan Sarandon make out in this horror flick about a love triangle that develops among Sarandon, a scientist, and Deneuve and David Bowie, a vampire couple. The 1983 “post-modernist vampire film” is known for its stylish recasting of “vampirism in bisexual terms, drawing on the tradition of the lesbian vampire” (in the words of critic Elaine Showalter) and is also the feature-length directorial debut of Tony Scott, the late brother of Ridley and who went on to make Top Gun and create a blockbuster star out of Tom Cruise. Part of Landmark’s West End Cinema’s Capital Classics series. Wednesday, Oct. 23, at 1:30, 4:30, and 7:30 p.m. 2301 M St. NW. Happy hour from 4 to 6:30 p.m. Tickets are $12.50 each. Call 202-534-1907 or visit www.landmarktheatres.com. 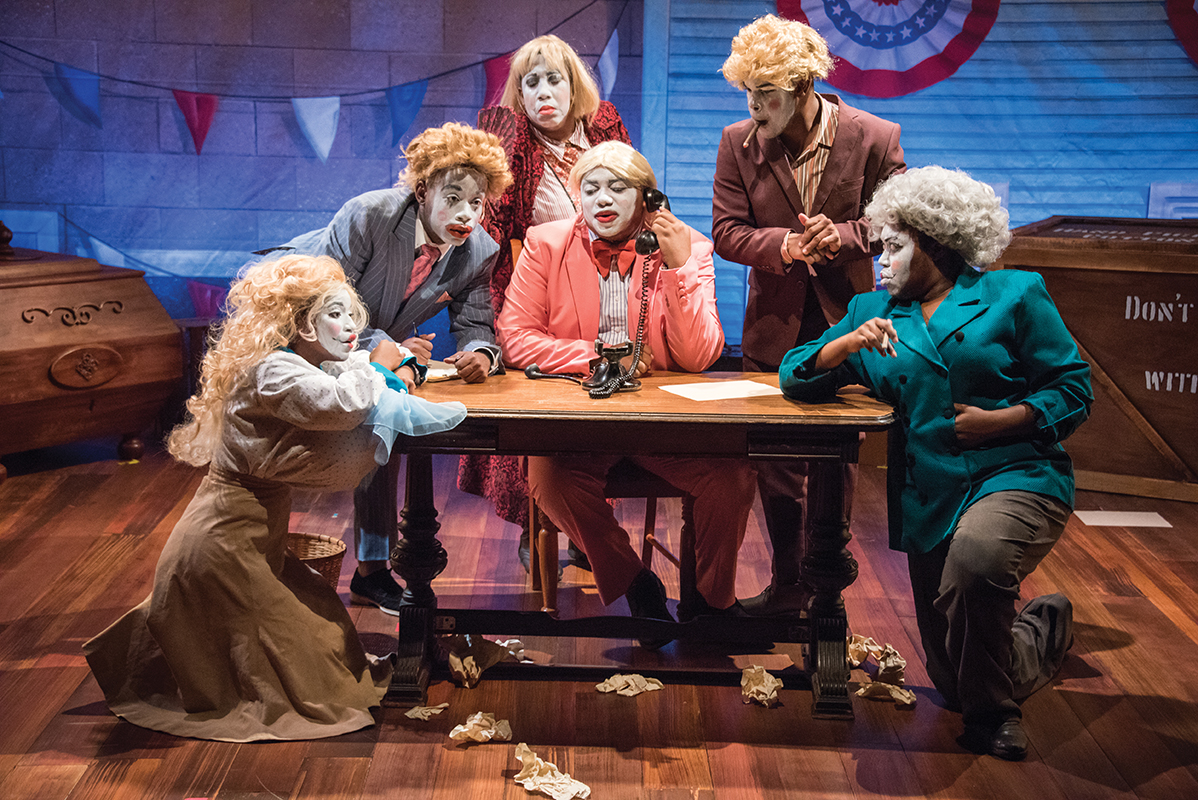 White citizens in a sleepy southern town are forced to recognize the value and vitality their African-American neighbors offer them one random day when they mysteriously disappear. Raymond O. Caldwell and Angelisa Gillyard direct a Theater Alliance retelling of a “reverse minstrel show” that Douglas Turner Ward originally created in 1965, one billed as a comedic and pointed commentary on systemic racism that is sadly still relevant today. Jared Shamberger leads a 10-member cast as the town’s mayor in the 90-minute, intermissionless play. To Nov. 3. Anacostia Playhouse, 2020 Shannon Place SE. Tickets are $25 to $40, except for at least 10 Name-Your-Own-Price seats up for grabs one hour before each show. Call 202-241-2539 or visit www.theateralliance.com. 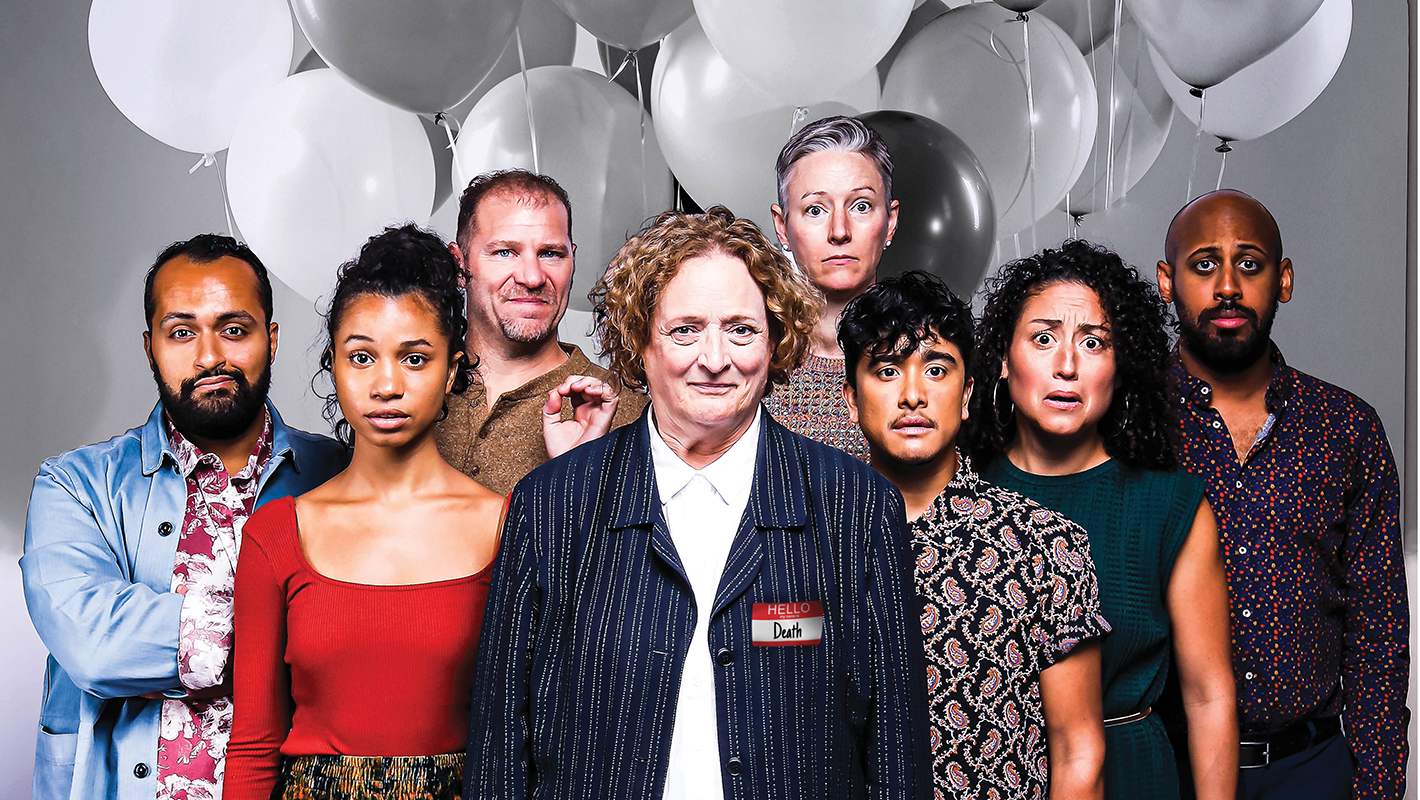 The Shakespeare Theatre Company offers a radical adaptation of the 15th-century morality play Everyman by Obie- and MacArthur “Genius” Award-winning playwright Branden Jacobs-Jenkins (An Octoroon). In his revamped and rechristened Everybody, Death (Nancy Robinette) pays a visit to the overly optimistic and sanguine titular character to help knock some realistic sense into them. Everybody will be played by anybody and somebody among the other nine members of the cast, chosen at random, by lottery live on stage before every performance. Will Davis directs the resulting “irreverent, rollicking” comedy also touted as remixing “the archetypal medieval morality play into an explosive experiment of wit and emotion.” In previews. To Nov. 17. Lansburgh Theatre, 450 7th St. NW. Call 202-547-1122 or visit www.shakespearetheatre.org. 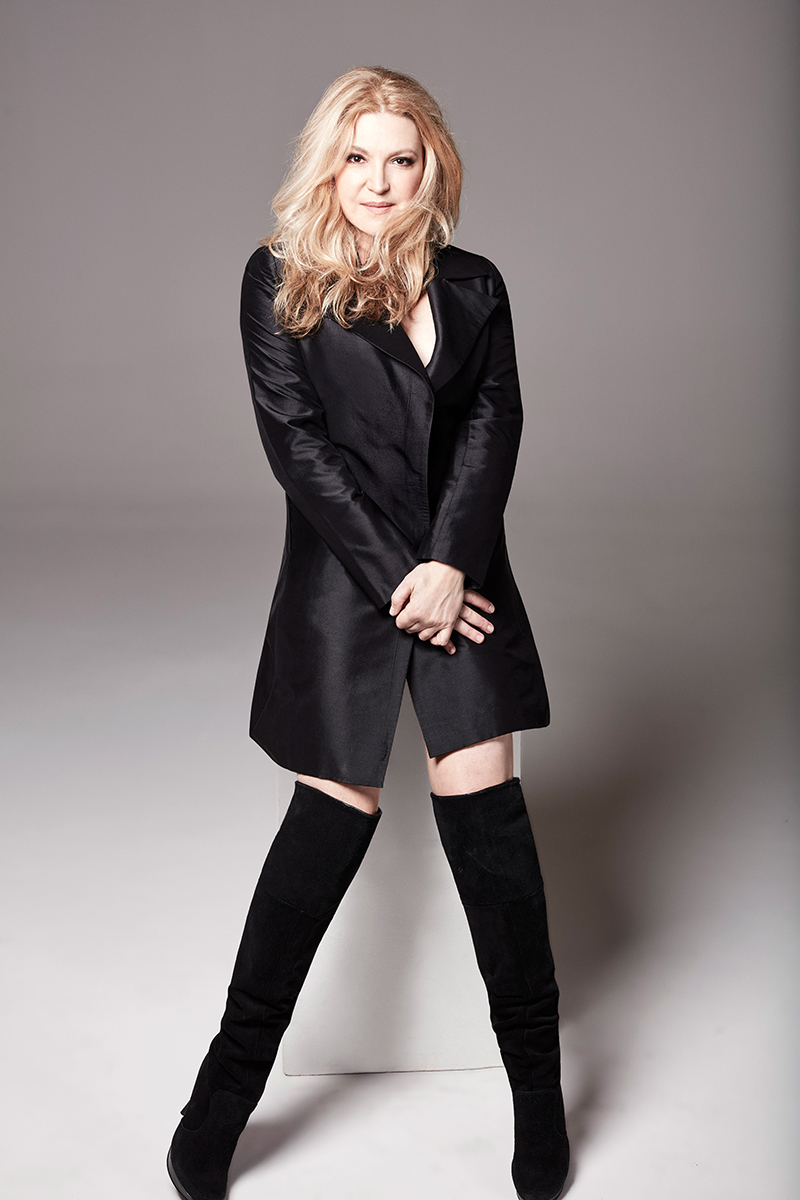 A multi-Grammy-winning singing pianist/composer from Brazil, Elias has the kind of elegant, unassuming singing voice, a little unpolished, that has come to characterize bossa nova ever since Astrud Gilberto’s days. Elias returns on a tour in support of her new Concord Jazz release Love Stories, a rich orchestral ode to romance and classic love songs that is primarily sung in English. Friday, Oct. 25. Doors at 6:30 p.m. The Hamilton, 600 14th St. NW. Tickets are $30 to $60. Call 202-787-1000 or visit www.thehamiltondc.com. 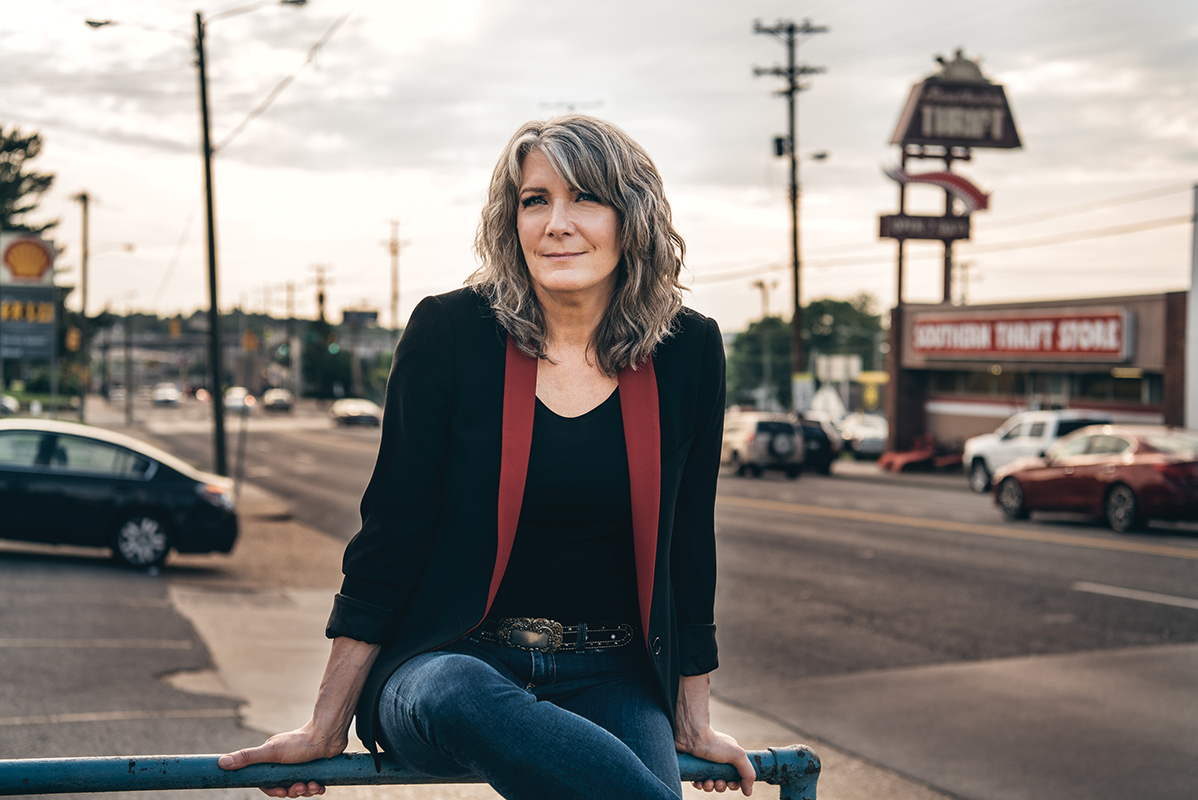 The Grammy-winning Nashville hitmaker from the ’80s and ’90s has since gone in a more folk and roots-driven direction, with a more socially conscious bent, including covering classic songs about coal-mining and other land-related pursuits in Appalachia. The West Virginia native returns to the area where she has long been a popular draw. Saturday, Oct. 19, at 8 p.m. Weinberg Center for the Arts, 20 W. Patrick St. Frederick, Md. Tickets are $20.50 to $37.50. Call 301-600-2828 or visit www.weinbergcenter.org. 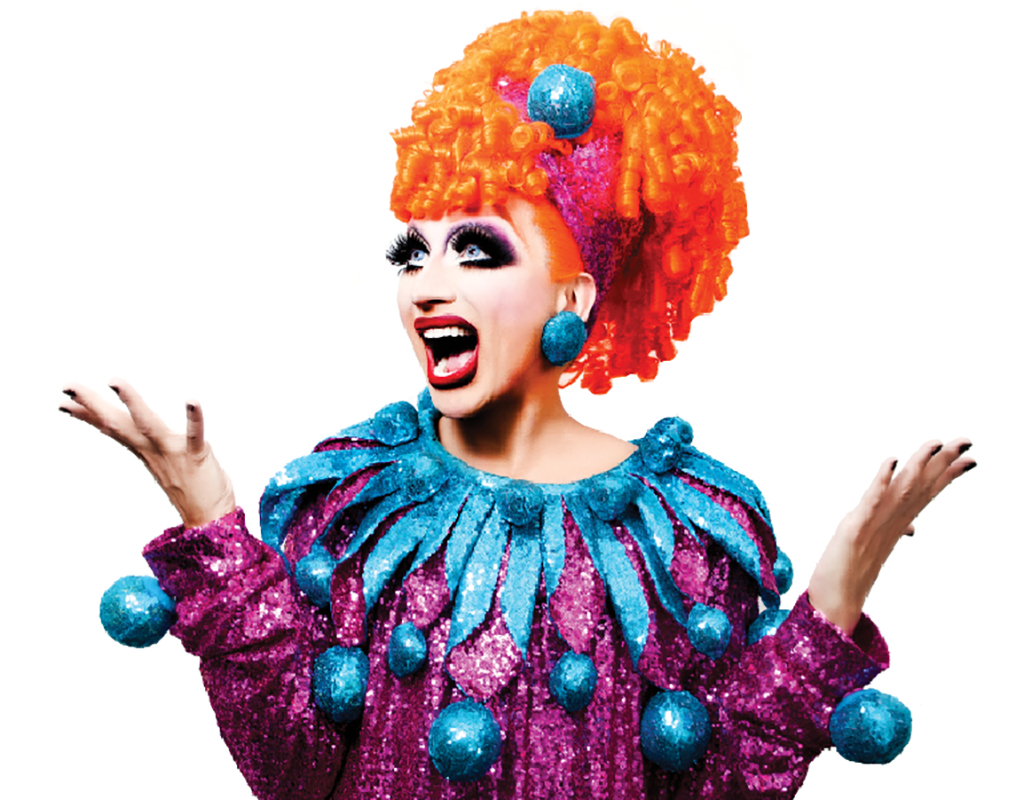 With his Joan Rivers-influenced drag comedy persona, Roy Haylock became the season six winner of RuPaul’s Drag Race five years ago. That influential TV show further propelled the self-proclaimed “clown in a gown” to the drag top tier, as signified by Del Rio’s placement at the very top of New York magazine’s “100 Most Powerful Drag Queens in America” list this past June. The onetime Capital Pride headliner returns to D.C. as part of a tour this fall touted as “the biggest-ever solo drag stand-up comedy tour in North America.” Expect a night of irreverent, side-splitting comedy from the quick-witted and perceptive cultural observer. Friday, Oct. 18. Doors at 6:30 p.m. Lincoln Theatre, 1215 U St. NW. Tickets are $39.50 to $199. Call 202-888-0050 or visit www.thelincolndc.com. 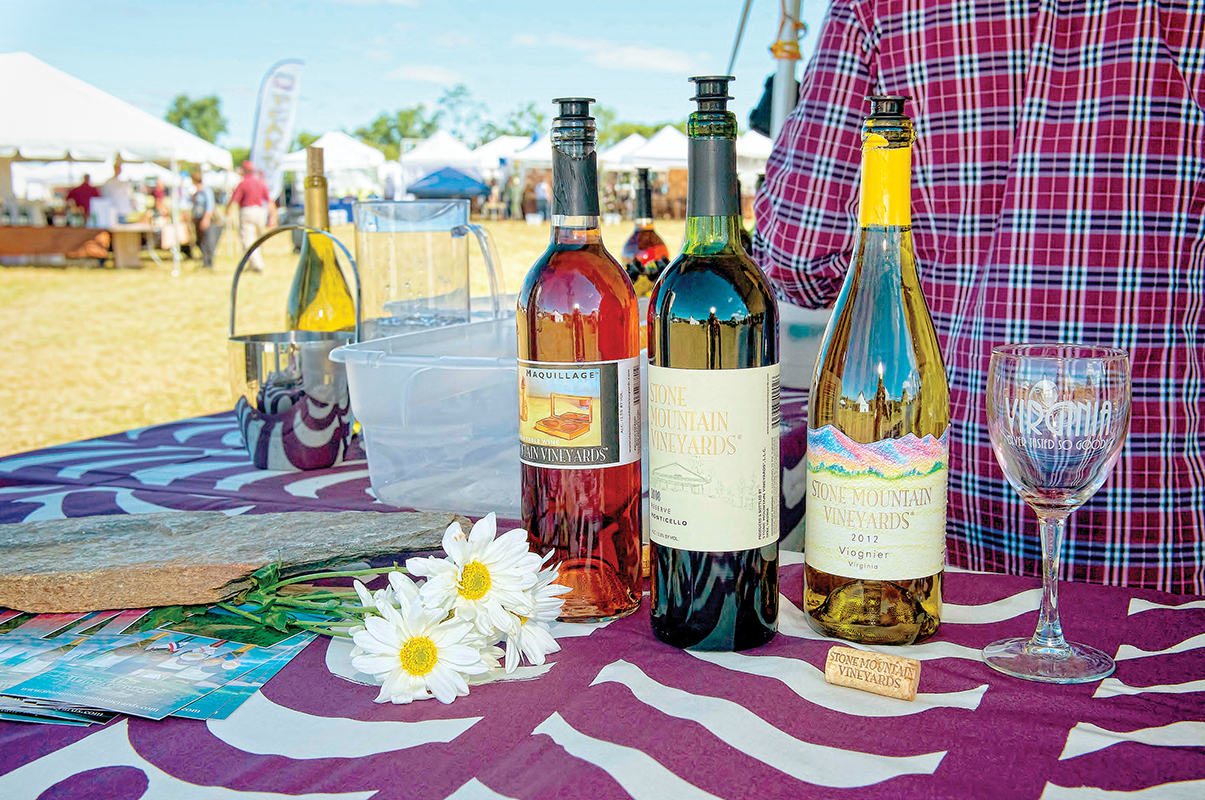 Alternately billed as “Virginia’s Oldest Wine Festival” and “the East Coast’s Longest-Running Wine Festival,” this 44th annual event organized by TasteUSA features more than 200 wines from many of the commonwealth’s most revered wineries. The festival also features Virginia craft beers poured in the Virginia Oyster Pavilion, with bivalves served on the half shell, grilled, or baked in special dishes. It will all be complemented by live entertainment, craft vendors, and of course food trucks and vendors. Saturday, Oct. 19, and Sunday, Oct. 20, from 11 a.m. to 6 p.m. One Loudoun, 44600 Freetown Blvd., Ashburn. Tickets, including tasting glass, unlimited wine (and cider) tastings, and access to the Oyster Pavilion, are $39 plus fees in advance, while a VIP pass, granting one-hour early admission, plus access to a private tent and bathrooms with additional reserve wine tastings, is $69 plus fees. Visit www.virginiawinefest.com. 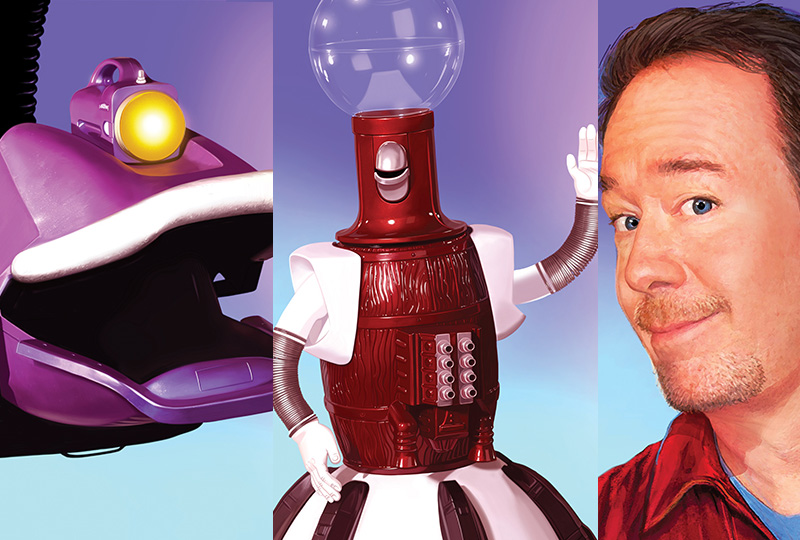 Joel Hodgson, the original host of one of TV’s most enduring shows, straps in for one last ride with his wisecracking robots on what is billed as an “exhilarating rollercoaster ride through some of the cheesiest films ever made.” Specific targets for attack include Jean-Claude Van Damme’s 1986 martial arts “classic” No Retreat, No Surrender and the 1960 British horror bomb, Circus of Horrors. Friday, Oct. 18, at 7 p.m., and Saturday, Oct. 19, at 3 and 8 p.m. National Theatre, 1321 Pennsylvania Ave. NW. Tickets are $59 to $99. Call 202-628-6161 or visit www.thenationaldc.org. 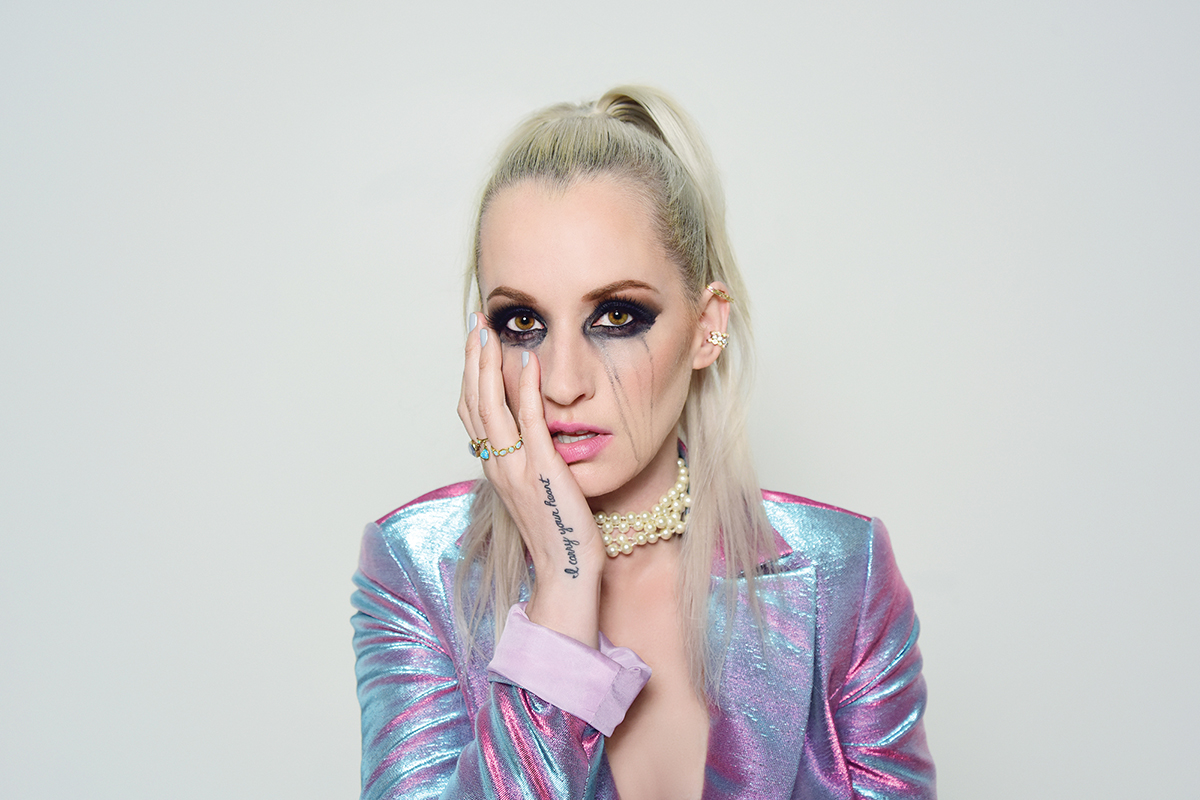 A charming indie-pop singer-songwriter, Michaelson has spent the better part of her career baring her heart and soul in song, with lyrics often tackling head-on issues of personal and familial sickness, death, and divorce. Yet that’s not at all the case with the New York native’s newest collection, Stranger Songs, an album featuring original tracks inspired by, yet independent from, the Netflix sci-fi/horror drama Stranger Things. Michaelson refers to the show as a form of escapism for her. By extension, that’s also true of her new album, since this one was written from the perspectives of characters and others, and not from her own. For added levity, she also included some “Easter eggs” inspired by the show, hidden from plain sight — or first listen — and intended to reward those fans paying closer attention. Maddie Poppe, last year’s winner of American Idol, opens. Wednesday, Oct. 23. Doors at 6:30 p.m. Lincoln Theatre, 1215 U St. NW. Tickets are $55. Call 202-328-6000 or visit www.thelincolndc.com. 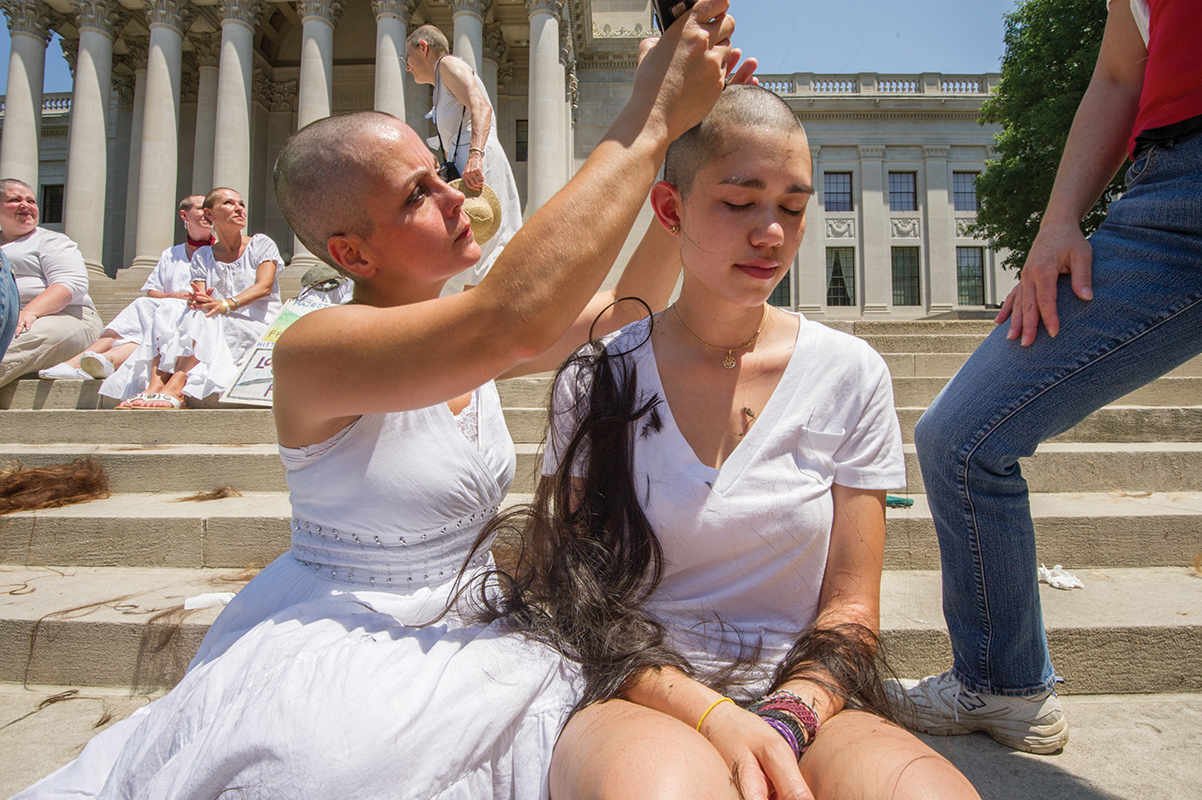 WOMEN: A CENTURY OF CHANGE

Opening next week at the National Geographic Museum is a timely, temporary collection of powerful images from famed National Geographic photographers. Taken together, the photographic display offers a glimpse of both what it means to be a woman in the world today and how that’s changed in the 100 years since American women gained the right to vote. The exhibition will also include stories and commentary from female luminaries, among them Melinda Gates, Gloria Allred, Jane Goodall, and Christiane Amanpour. Opens Tuesday, Oct. 22. 1145 17th St. NW. Tickets are $15. Call 202-857-7700 or visit www.ngmuseum.org. 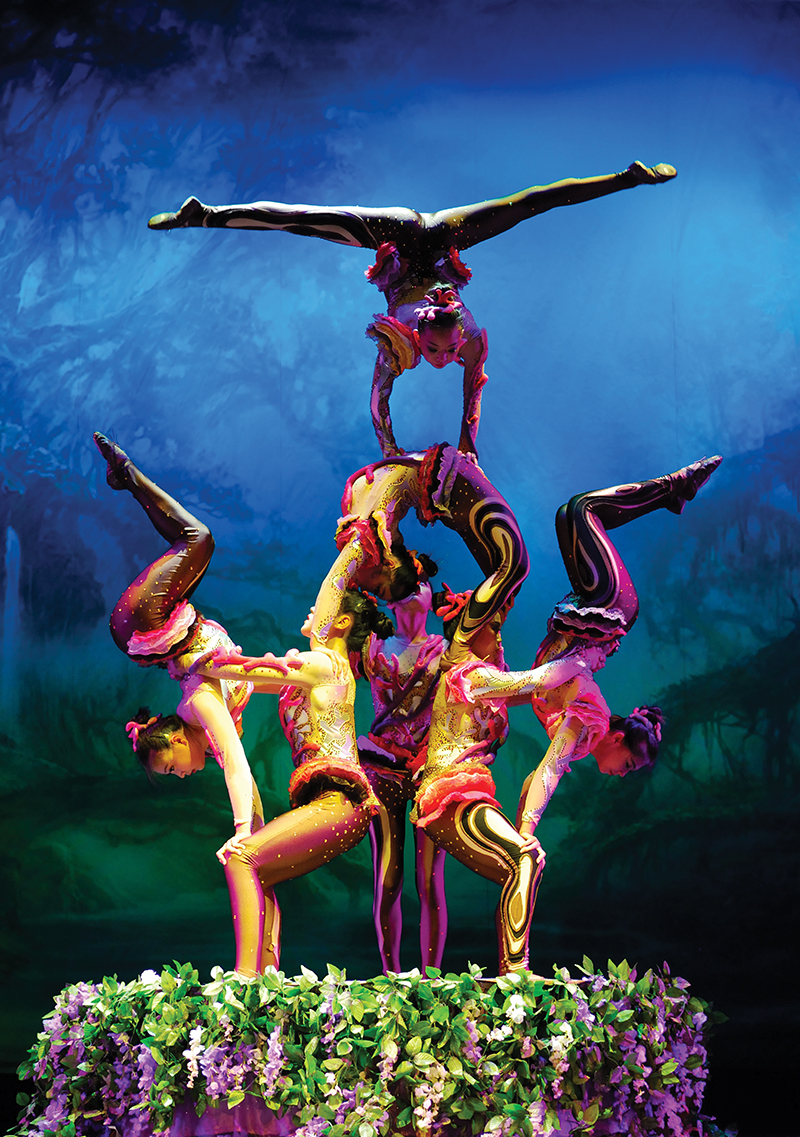 An ensemble of 40 circus artists and acrobats from China’s northern Hebei Province come to town for a colorful and lively celebration of the world-famous Chinese circus arts. Blending ancient artistry with breathtaking energy for a show that thrills those of all ages and includes acrobatics, contortion tricks, juggling acts, and balancing feats. Saturday, Oct. 19, at 2 and 8 p.m. Concert Hall in the GMU Center for the Arts, 4373 Mason Pond Drive, Fairfax. Tickets are $35 to $55. Call 888-945-2468 or visit www.cfa.gmu.edu. Also Thursday, Oct. 24, at 8 p.m. Merchant Hall in the Hylton Performing Arts Center, 10960 George Mason Circle, Manassas, Va. Tickets are $29 to $48. Call 703-993-7759 or visit www.hyltoncenter.org.