The city is reviewing its legal options, pointing to what it calls "inconsistencies" in Louis Falcone's story

By John Riley on October 22, 2019 @JohnAndresRiley 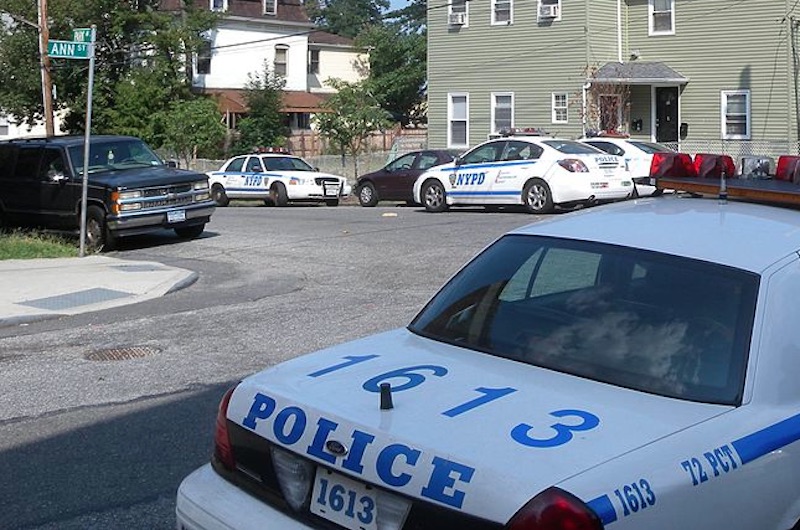 A federal jury has awarded $1.75 million to a gay Staten Island man who claims New York City police assaulted him while calling him an anti-gay slur.

Last Thursday, jurors in Brooklyn Federal Court decided that four officers had used excessive force on Louis Falcone when they wrested him from his Midland Beach home and attempted to subdue him on June 19, 2015.

Falcone, 31, whose mother called police after he became involved in a fight with his brother, claims the officers who responded to the scene grabbed him and repeatedly punched and stomped him, leaving him with a broken nose and serious spinal injuries that would require surgery.

He claims the cops called him “faggot” while beating him, reports the New York Daily News. A neighbor across the street captured video of the officers attempting to subdue Falcone, but none of the dialogue is audible.

Falcone did not face any charges as a result of the incident. His lawyer, Adam Roth, said his client was “very credible” and had convinced the jury that he was telling the truth.

Lawyers for the city, however, noted that the jury made no finding on whether the police uttered anti-gay slurs at Falcone and cited parts of his story that they said were inconsistent.  They disputed the severity of his injuries, noting he’d had back problems and surgery prior to the incident.

They also argued that Falcone had lied when he denied that he and his brother had been fighting over heroin.

According to lawyers for the city, Falcone resisted arrest when police tried to take him into custody and even spit blood — from injuries suffered during the fight with his brother — into an officer’s mouth.

The city has not definitively decided to appeal the decision, but says it’s reviewing its legal options, citing “inconsistencies in the jury’s verdict.”

The NYPD has not said whether the four officers involved in the incident faced any discipline, though a spokesman for the city’s Law Department noted that neither the department’s Internal Affairs Bureau nor the Civilian Complaint Review Board substantiated Falcone’s accusations. Two of the officers have since retired from the force.