Brian Newman and his Band come to Wolf Trap

Leading his band or blowing his horn alongside Lady Gaga, Brian Newman represents many styles of great American music 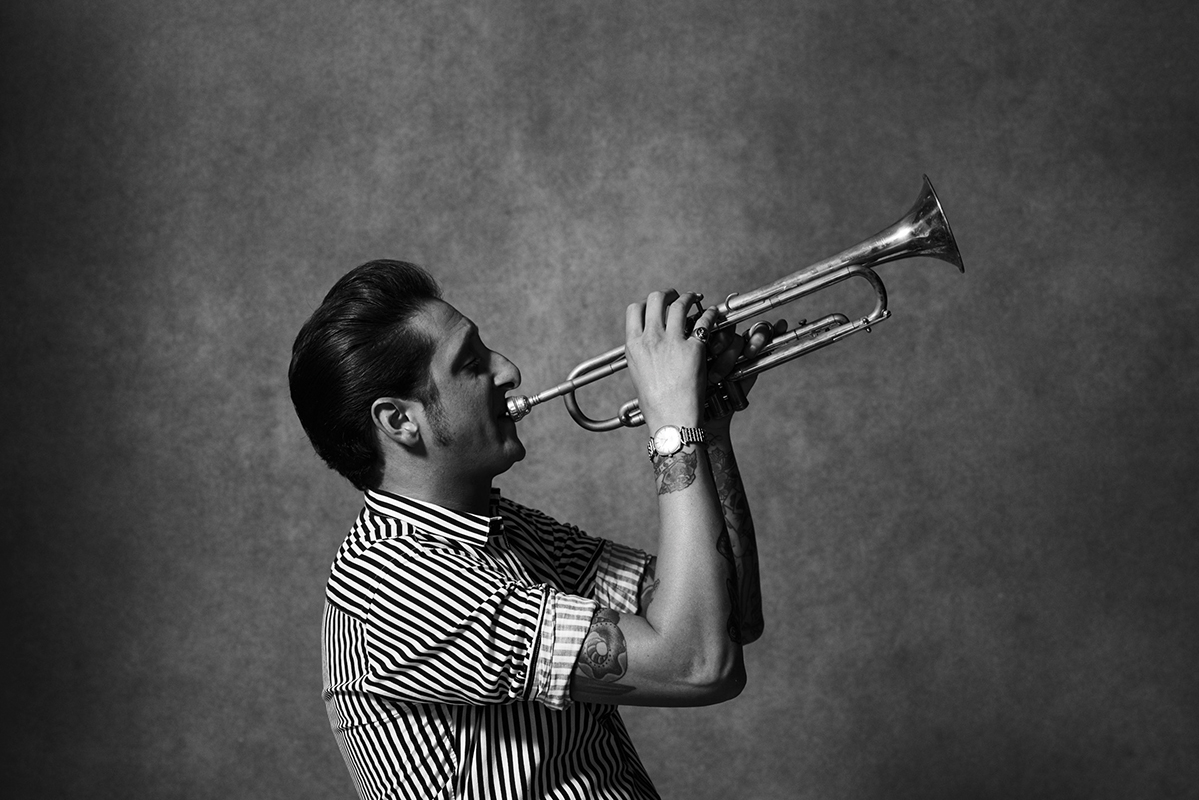 A musician’s musician, jazz trumpeter and bandleader Brian Newman can croon a Cole Porter tune, blast a sizzling horn solo at the bridge, then bring it home for the big finish alongside the other members of his tight quintet.

Most nights, audiences in Las Vegas can catch Newman and his band — Alex Smith on piano, Steve Kortyka playing tenor sax, Daniel Foose on electric bass, and drummer Nolan Byrd — swinging at the NoMad Las Vegas, or backing up Lady Gaga at the Park MGM in her Jazz & Piano residency. As Gaga takes a brief hiatus, Newman and crew are taking their show on the road, and are set to shake, rattle, and roll next week at The Barns at Wolf Trap.

“We’re going to bring the electric band down,” says Newman. “That means the horns have pedals, and we’re playing a little more modern music. It’s still steeped in this American tradition, but I wouldn’t necessarily call it jazz. Whether it’s Sting, or Nirvana, or George Jones, or Willie Nelson, or Duke Ellington — to me, that’s all part of that American vernacular that’s so important to be showcasing, especially in these times in America.”

Inspired by music legends, Newman has also shared the stage with a few, from Wynton Marsalis to Gaga’s Cheek to Cheek album partner Tony Bennett. “Gaga had called me, and she was like, ‘I’m doing this record with Tony, and we want to do some tracks that are a little different, that aren’t the big band orchestra,'” he recalls. “She said, ‘I’m going to send in Danny Bennett,’ Tony’s son [and manager], and they were going to come in and hear us at the Rose Bar. I told the boys, ‘Listen, they’re coming in tonight. We got one set to get on this record.’ Later, I found out that we already had the gig, but at the time I did not know that.”

Newman will return to Vegas in December to close out the year in style with Gaga for her New Year’s Eve Jazz & Piano set. Till then, fans can see the band on tour, making music “in our own style,” according to Newman. “There’s elements of this that are jazz, but it’s just making it vibrant, and making it feel good. Just having a good time with it. That’s the main goal.”

André Hereford covers arts and entertainment for Metro Weekly. He can be reached at ahereford@metroweekly.com. Follow him on Twitter at @here4andre.
← Previous Story Album Review: David Byrne’s “American Utopia on Broadway”
Next Story → Congressional Chorus offers a concert celebrating women composers from yesterday and today