By Doug Rule on November 1, 2019 @ruleonwriting 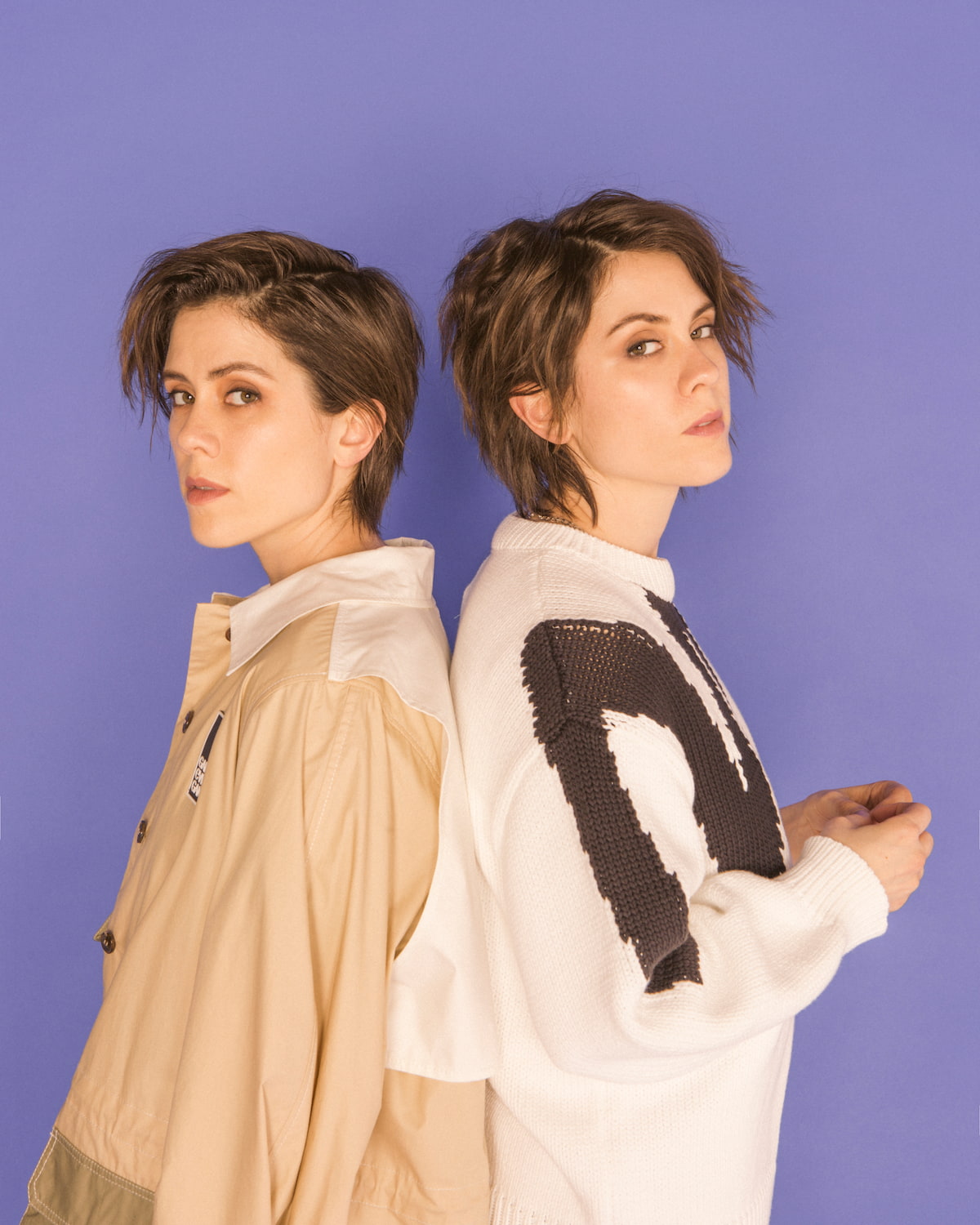 This year, the folk/pop duo Tegan and Sara released both a new book, the dual memoir High School, and a new album, Hey, I’m Just Like You. For good reason, the identical twin Quins decided to promote both at once, by going out on a book tour masquerading as a concert run — or maybe it’s the other way around.

On Sunday evening they led the enthusiastic and enthralled sold-out crowd at the Lincoln Theatre on a trip down memory lane, satisfyingly sprinkled with awkward, amusing, revealing, and touching video footage from when the two were mere adolescents and budding rock stars, all of it captured on the family camcorder.

The sisters each took turns reading select excerpts from High School that captured key moments in their young lives, addressing how they gradually grew apart and also how each separately, and initially secretly, came to terms with being queer. The passages were carefully chosen to introduce the next song in the evening’s short 13-song repertoire, spaced out over a two-hour span.

They also took turns alternating between singing lead and harmony, as well as alternating between standing and strumming a guitar and sitting at and playing the keys, working their way through a setlist front-loaded with a handful of new songs — all among the first that the twins ever wrote, as featured on Hey, I’m Just Like You.

Yet even the group’s biggest hits, including “Boyfriend” and “Closer,” were rendered in new, largely stripped down, slower, and more dramatic versions than the way they are on record. It was a concert, in other words, perfectly suited to day-one and die-hard fans, one that risked becoming a bit too much — or ultimately, too little — for everyone else.

Fortunately, the twins have not altered or scaled back their natural chemistry together, especially their trademark playful between-song banter: they regularly ribbed, and riffed off, each other, as well as interjected self-deprecating jabs here and there.

As a result, there’s never a dull moment when Tegan and Sara are on stage, only the occasional lull. It’s what makes this improbable sister act so enduringly appealing, and so — as they put it on their dozen-year-old hit “Back In Your Head” — so strange and likable.

Tegan & Sara’s Hey, I’m Just Like You Tour next stops at the Stateside at the Paramount Theatre in Austin, Texas, on Friday, Nov. 1, before heading to the U.K. for dates on Nov. 16 in Brighton, Nov. 17 in London, and Nov. 19 in Manchester. For more information visit teganandsara.com.