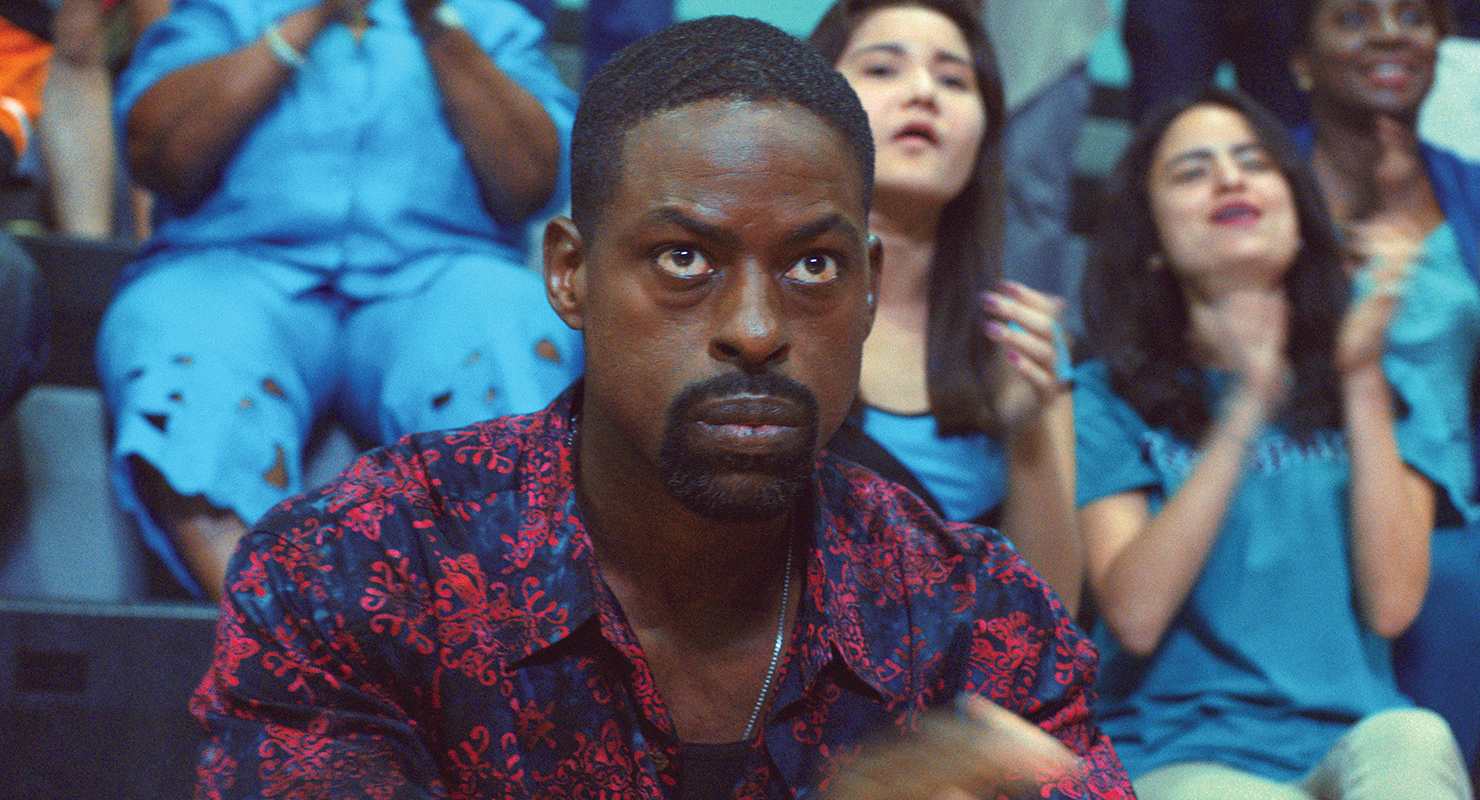 Trey Edward Shults knows suspense. The filmmaker demonstrated as much with his acclaimed 2017 psychological horror feature It Comes at Night, about a close-knit family confined to a house in the woods, in constant fear that “It” might come crashing through the door. Steeped in dread, the film fostered an atmosphere of intense anticipation not unlike the suspense rippling through Shults’ latest, Waves (★★★★☆), a family drama revolving around a high school athlete on the verge of either glory or utter destruction.

Kelvin Harrison, Jr., the expressive young hero of It Comes at Night, is excellent here as Tyler, a wrestler who proudly enjoys the perks of his status as a star athlete at his suburban Florida high school. Tyler also carries a considerable burden of pressure to win on the mat, to impress his coach and college scouts, and live up to his role as Most Likely to Succeed in the eyes of his teammates, girlfriend Alexis (Euphoria‘s Alexa Demie), and his family. He’s most concerned with pleasing his tough but loving dad, Ronald, played by the estimable Sterling K. Brown as an intensely competitive taskmaster. Brown brings a powerful ring of truth to Ronald’s motto for raising a black son to be a success in America: “We do not have the luxury of being average.”

Ronald and his wife Catharine (Renée Elise Goldsberry) push daughter Emily (Taylor Russell), too, but all the pressure on Tyler might just break the overachiever down. He suffers an injury that he chooses to hide. He and Alexis hit a huge roadblock in their relationship. He starts popping Oxys. The suspense builds to that familiar atmosphere of dread, and it’s only a matter of time before the pressure explodes.

Shults nurtures audience anticipation craftily, by first casting an intoxicating haze of blissful young love around Tyler and Alexis. The film’s opening minutes are a lush wave of scenes streaming past in constant motion, set to Trent Reznor and Atticus Ross’ propulsive score. The choice soundtrack, featuring songs by artists from Kendrick Lamar to Radiohead, encapsulates the kids’ contemporary world of burgeoning freedom and encroaching responsibility. Bliss will come to an end, but when and how?

Tyler becomes more and more wound up, and the film drops us inside heated family squabbles and lovers’ quarrels, teasing danger ahead. Shults handily manages the excruciating tension of watching a wrestling bout aware that one of two competitors is injured and could at any moment be subjected to catastrophic damage. Waves crashes suddenly around the fateful corner of suspense, to wrestle with the fallout of a loss that no one in Tyler’s world sees coming, partly because the teen communicates so little about what’s going wrong. And there in the aftermath, the film demonstrates a tender sense of peace, as the family coalesces around a newfound normal, achieved through pain and renewal.

André Hereford covers arts and entertainment for Metro Weekly. He can be reached at ahereford@metroweekly.com. Follow him on Twitter at @here4andre.
← Previous Story “Man Made” explores the transgender community through the lens of bodybuilding
Next Story → Review: ‘Knives Out’ offers clever satire, genuine mystery, and an incredible cast