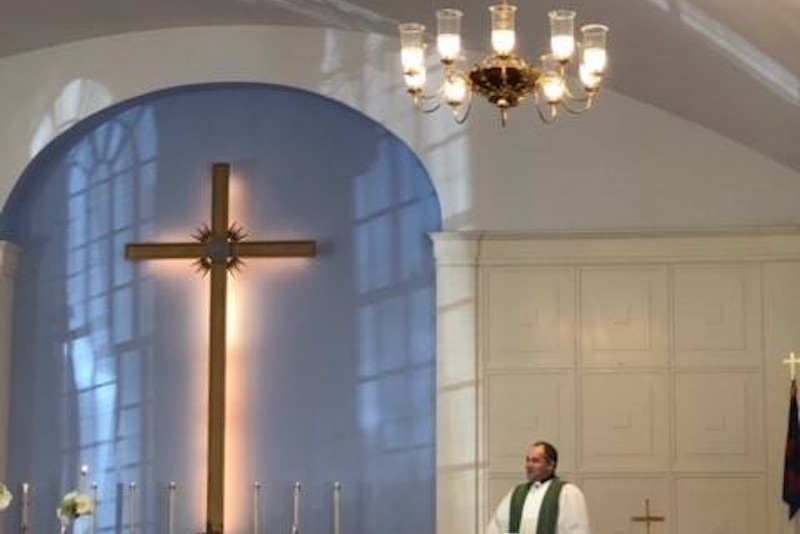 An office manager at a New Jersey church became concerned after a man in his 60s began asking whether the church permitted “gays,” according to police.

The man entered the Good Shepherd Lutheran Church in Glen Rock, N.J., on Christmas Eve at around 1 p.m. Then then began to question the office manager about whether the church permitted gays to be part of the church and began making several anti-gay comments.

Upon leaving, the man left a box full of religious pamphlets near the front door, reports the Ridgewood-Glen Rock area Patch news website.

Police are investigating this matter to determine if the man was involved in a similar incident at the Sikh Temple in Glen Rock on Dec. 21. In that case, a white male entered the temple and began acting strangely.

No threats were made, but the man wandered around the temple stating that they were doing a great job and making a “thumbs up” gesture. He then left in a white Chevy SUV with “Jesus Christ is King” and other words in Spanish on the windows and bumper stickers, as well as an American flag, according to a police blotter.

The church may have reason to be on alert due to this man’s strange behavior, as there have been several high profile attacks against religious communities. On Sunday, a shooter killed two people before being shot to death himself at a church in White Settlement, Texas, a suburb of Fort Worth. On Saturday, five people were injured in a stabbing at a Hanukkah celebration in Rockland County, N.Y. And on Dec. 10, six people were killed during a shooting rampage at a Jersey City kosher market.

John Riley is the local news reporter for Metro Weekly. He can be reached at jriley@metroweekly.com
← Previous Story Alaska lesbian LGBTQ activist reports being slashed and beaten following two threats
Next Story → Oklahoma transgender activist shot to death while working as a taxi driver