Green's play, running Jan. 25 and 26, was inspired by a classic ode to sisterhood, 'Waiting to Exhale' 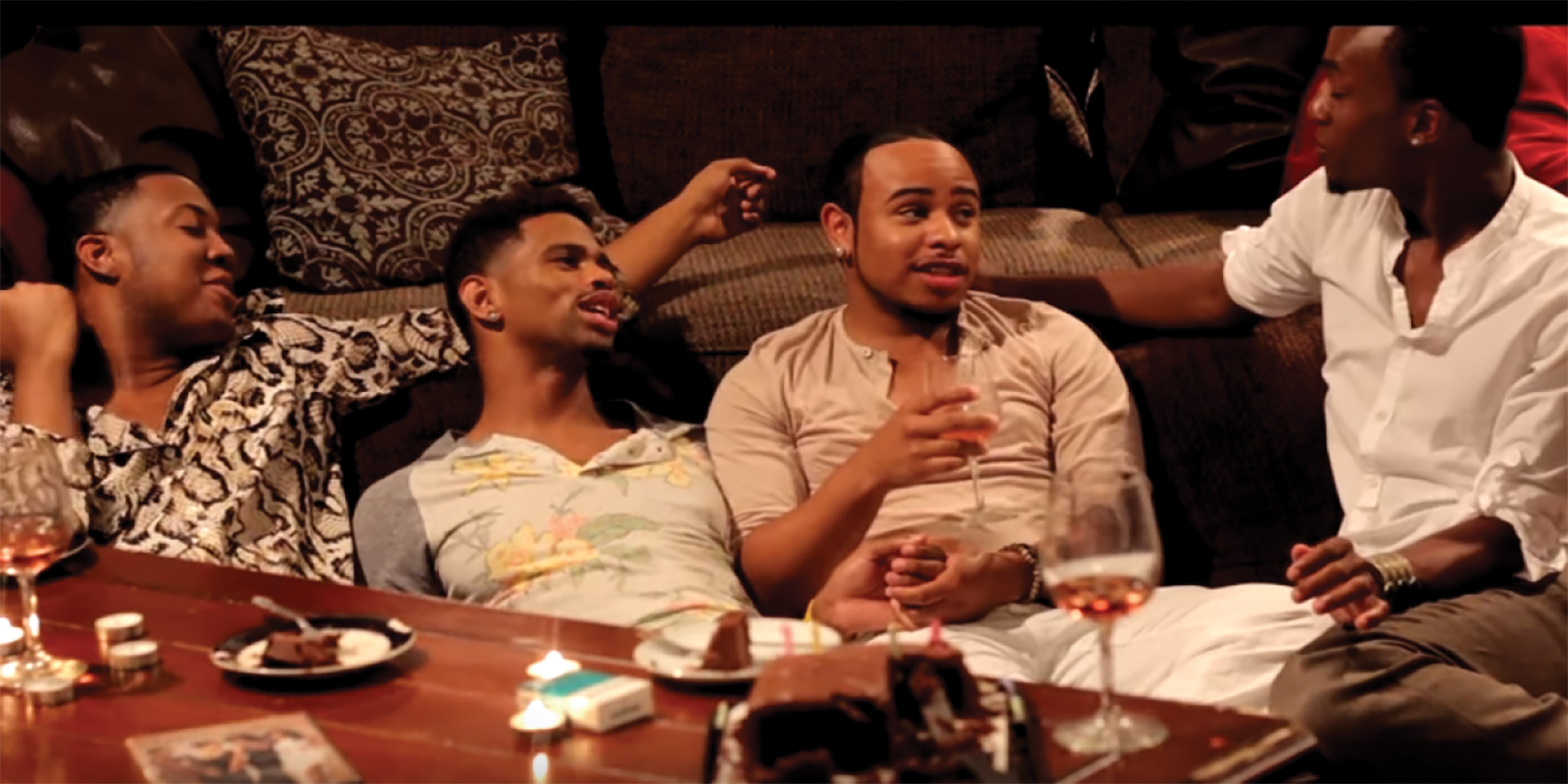 We could take all day and several pages dissecting the affinity many gay men feel for fierce femme foursomes, from the Golden Girls to Girlfriends, from Designing Women to Sex and the City. But playwright and director Anthony Green pinpoints concisely what he sees in the fabulous four ladies whose friendship holds the center of Terry McMillan’s 1992 novel Waiting to Exhale.

The hit 1995 film starring Whitney Houston and Angela Bassett might have made those commonalities clear, bringing the romantic travails of Savannah, Bernadine, Robin, and Gloria to car-torching life. And Exhale continues to live and breathe in the hearts of generations of women and men, Green among them, who relate to the strength and refuge that ‘Vannah, Bernie and friends found in each other.

Green — whose original theatrical play When Boys Exhale premieres January 25 at Anacostia Arts Center — found refuge from a painful loss by turning to Exhale for inspiration. “A friend of mine recently passed away and the one thing we would always do would be to get together and watch Waiting to Exhale,” Green says. “And when we would watch the movie, we saw ourselves in the film, but we didn’t see ourselves on the screen. The two representations of gay characters were very stereotypical. But the experiences that the women were encountering were more similar to what we were actually experiencing in our everyday life.”

Those real-life stories form the foundation of When Boys Exhale. “In our last conversation, I promised to write a story about his life. And I did that through the lens of Waiting to Exhale, with the characters, the Easter eggs to the original movie, and featuring the music.”

Green, who slayed the competition for Best Comedy at the 2019 DC Black Theater & Arts Festival, says his play is neither recreation nor parody.

“For copyright reasons I wanted to make sure it was an original story,” he says. “I had the spirit and a lot of the same themes as the original movie. But no, it won’t be like a carbon copy.”

In fact, this production might be just the first of a future franchise. “I want to do a lot more plays that celebrate the black gay man’s role in black culture,” says Green. “Whether it be taking specific moments from history or taking specific movies that have cultural appeal. Because after this show, we’re going to work on one loosely based off of Set it Off called Run That Stunt. That one will be coming this summer.”

André Hereford covers arts and entertainment for Metro Weekly. He can be reached at ahereford@metroweekly.com. Follow him on Twitter at @here4andre.
← Previous Story Charles Ross ventures into TV with his One-Man Stranger Things: A Parody
Next Story → ‘Sheltered’ review: Alix Sobler’s sharp-witted drama at Theater J