Color Out of Space review: A jaw-dropping sci-fi freakout 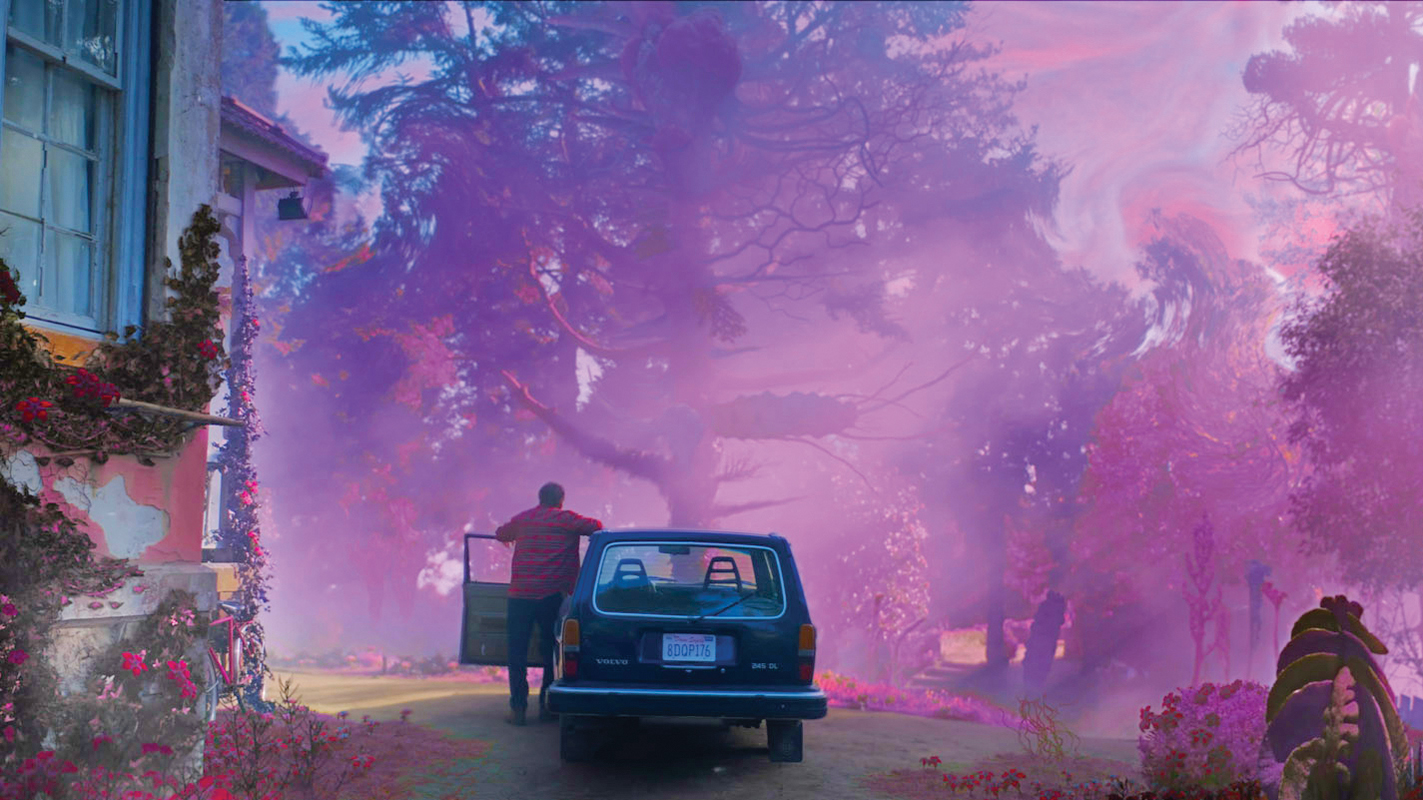 Color Out of Space — Photo courtesy of Gustavo Figueiredo

Be prepared to acid-trip down a rabbit hole with Nicolas Cage in the horror spectacle Color Out of Space (★★★☆☆), for ahead lies twisted imagery that even the most seasoned horror fans might never unsee. Based on the H.P. Lovecraft short story — published in 1927 and adapted several times for the screen, including the 1965 Boris Karloff chiller Die, Monster, Die! — the film traffics more in rising dread and suspense than gore and violence. Ultimately, there’s plenty of all four as a hapless Massachusetts farm family finds their land, their home, their minds and bodies invaded by an entity, or entities, of otherworldly origins.

First, a rock crashes down from the night sky, dousing the Gardners’ modest alpaca farm in a concussive blast of almost magenta light. Almost, because this hue of light is, according to patriarch Nathan (Cage) and everyone else who glimpses it, “not like any color anyone has ever seen before.” The smelly, glowing meteorite emanates that light, and within days, the strange color sprouts from the ground and the trees in the form of flowers that blanket the family’s backyard. Soon, the color radiates at will from the bottom of an old stone well, where some malevolent force now seems to reside. Whatever rode that meteor down to the Gardner farm spreads like poison in the air and water, disrupting the family’s cell phone signals, their wifi, and their sanity.

The invasion afflicts Nathan, his day-trader wife Theresa (Joely Richardson), and their three children — teens Lavinia (Madeleine Arthur) and Benny (Brendan Meyer), and 8-year old Jack (Julian Hilliard) — like a sickness. Writer-director Richard Stanley and co-screenwriter Scarlett Amaris amplify the point by dropping Lovecraft’s meteorite on a family that’s healing from Theresa’s recent, nearly catastrophic bout with cancer. The Gardners have already been invaded, and hardly any of them have much strength or patience left, least of all Theresa and Nathan.

Real-world horror, wrapped in a ruby grapefruit-colored nightmare, Color Out of Space crescendos from melancholy family drama to jaw-dropping sci-fi freakout with a steady flow of effective jump scares and startling reveals. The unknown looms larger and larger, in bursts of mesmerizing intensity — interrupted occasionally by leaden dialogue, and one or two lackluster supporting performances. There’s also a dash of campy humor throughout, mostly for the better, easily detected in a sequence in which the local news comes out to interview a bedraggled and drunk-looking Nathan about the mysterious meteorite. And then there are the alpacas. Nathan is dead-serious about his woolly livestock, leading to consistently amusing instances of Nicolas Cage yelling the word “alpacas” with the fervor of a Shakespearean tearing into Lear. “I want those alpacas back in the barn by ten o’clock!”

Yet, the Oscar-winner’s robust oratory never overshadows the film. Cage is intense, as usual, but the movie — produced by SpectreVision, the team that made the actor’s bonkers 2018 grindhouse revenge thriller Mandy — is even more intense, augmented by well-deployed CGI, practical effects, animatronics, and puppetry. Colors are hyper-vivid, the sounds that accompany the gore are as haunting as the images, and Colin Stetson’s booming score casts its own mesmerizing effect. The intensity of emotion is matched by impressively committed performances from Richardson and Arthur as Theresa and Lavinia, a mother and daughter so often at odds, it’s like they don’t even realize they’re on the same side. 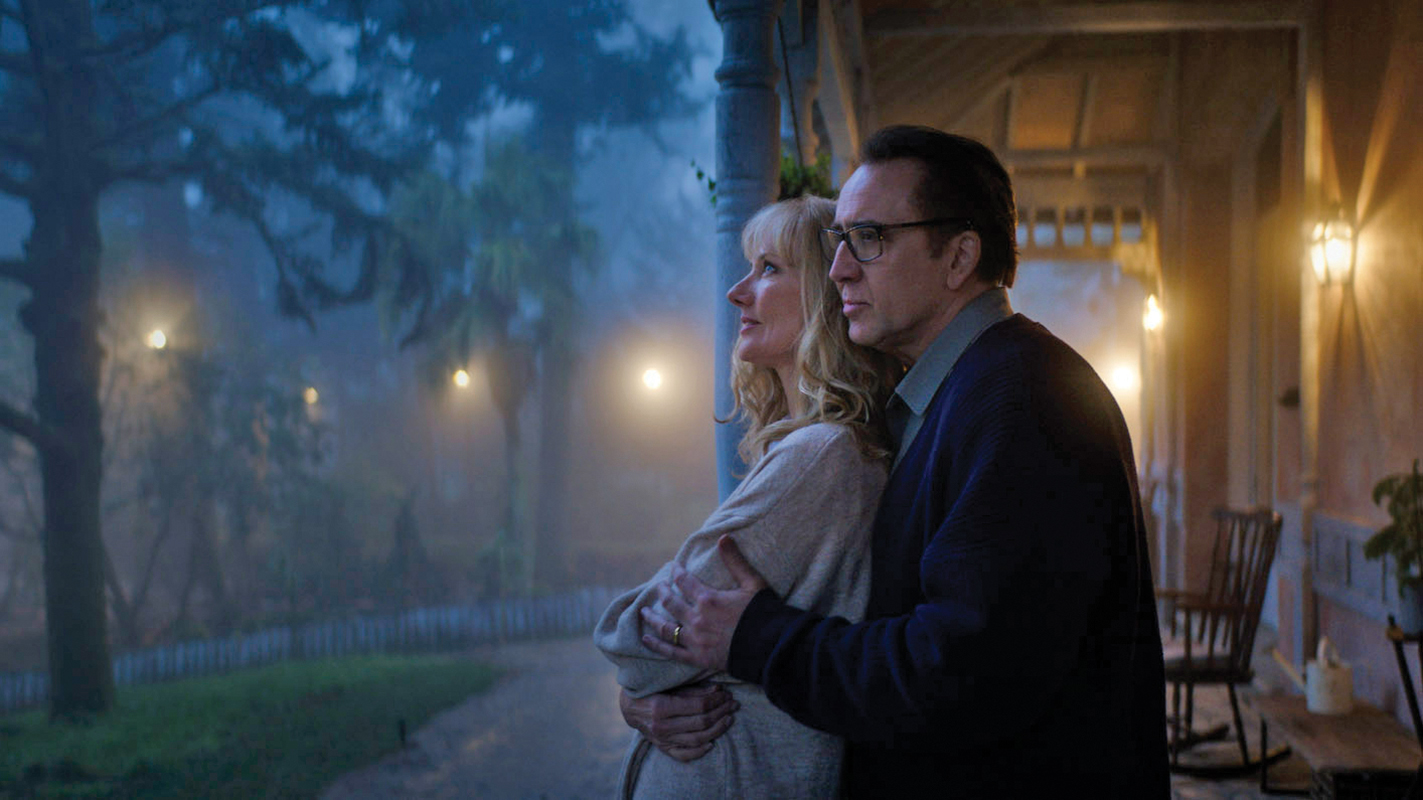 Color Out of Space — Photo courtesy of Gustavo Figueiredo

A budding witch, restless Lavinia is introduced casting a spell chosen from her dog-eared copy of The Necronomicon, Lovecraft’s fictional primer for mastering magic that appears in a number of the author’s stories. She finds a skeptical ally and romantic interest in a handsome hydrologist named Ward (Elliot Knight), who happens to be in the area conducting a water study.

Knight’s blank performance doesn’t engender much rooting interest in the pairing, but he does have a nice scene with Tommy Chong, playing Ezra, a pot-smoking hippie who’s squatting on the lush, wooded property. Ezra might foresee the terrifying fate that awaits the besieged Gardner family, as he connects this creeping cosmic malignancy to the poisoning of the earth, noting how the color is “sucking the life out of everything,” a merciless enigma intent on “changing everything into something like the world it came from, into what it knows.”

Color Out of Space is not rated, and opens January 24 at Landmark’s E Street Cinemas. Visit www.landmarktheatres.com/washington-d-c.

André Hereford covers arts and entertainment for Metro Weekly. He can be reached at ahereford@metroweekly.com. Follow him on Twitter at @here4andre.
← Previous Story Film Review: 1917 delivers a profound and timely anti-war message
Next Story → ‘2020 Oscar Nominated Animated Shorts’ review: Balancing pathos and exuberance