By John Riley on February 24, 2020 @JohnAndresRiley 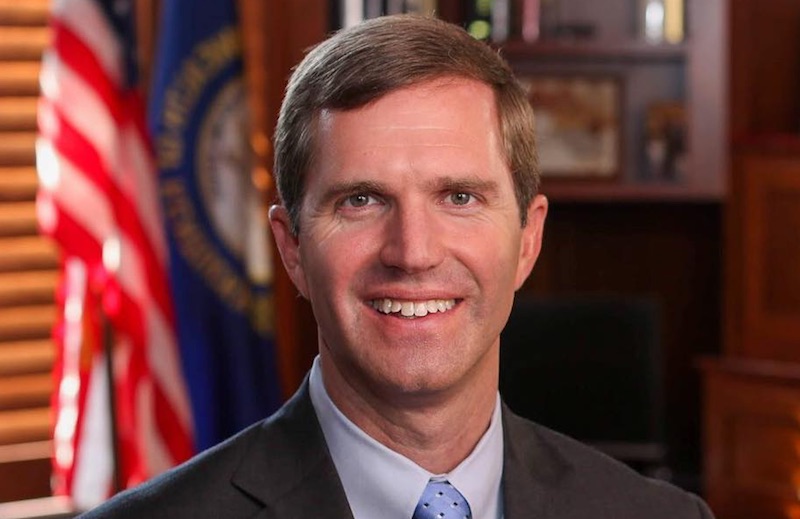 Kentucky Gov. Andy Beshear (D) became the first governor to speak at an LGBTQ rights rally last week, reiterating his support for protecting LGBTQ Kentuckians from discrimination and banning the use of conversion therapy on minors.

Speaking to LGBTQ people and advocacy organizations at the Louisville-based Fairness Campaign’s annual Fairness Rally, Beshear called on lawmakers to pass pro-LGBTQ legislation, saying that for far too long such issues have been ignored.

“You have not been heard nearly enough,” Beshear told the crowd at the rally. “Let’s make sure that changes this session.”

“Kentucky cannot reach its full potential if all of our people don’t feel supported to be themselves,” he added. “Discrimination against our LGBTQ brothers and sisters is absolutely unacceptable in this commonwealth.”

Currently, 18 municipalities in Kentucky have passed an LGBTQ fairness ordinance, which bans discrimination against LGBTQ people in employment, housing and public accommodations.

Beshear called the passage of those laws a “good start” while also lamenting the lack of protections elsewhere, reports the Lexington Herald-Leader.

Yet despite the success of those ordinances, and Beshear’s stated support for similar statewide legislation, Kentucky’s conservative legislature — whether under Democratic or Republican control — has largely passed over any bills that expand LGBTQ rights.

Even worse, in recent legislative sessions, lawmakers have introduced bills intended to curb LGBTQ rights. This year, bills have been introduced to restrict transgender youth from playing on sports teams based on the gender with which they identify, bar doctors from providing gender-affirming treatments to transgender youth, and restrict transgender individuals from restrooms and locker rooms that match their gender identity.

A bill has also been introduced this session to grant religious exemptions to health care workers that would allow them to refuse to provide medical treatments to LGBTQ people or others based on a health care provider’s personal opposition to homosexuality, transgenderism, or extramarital or premarital sex. 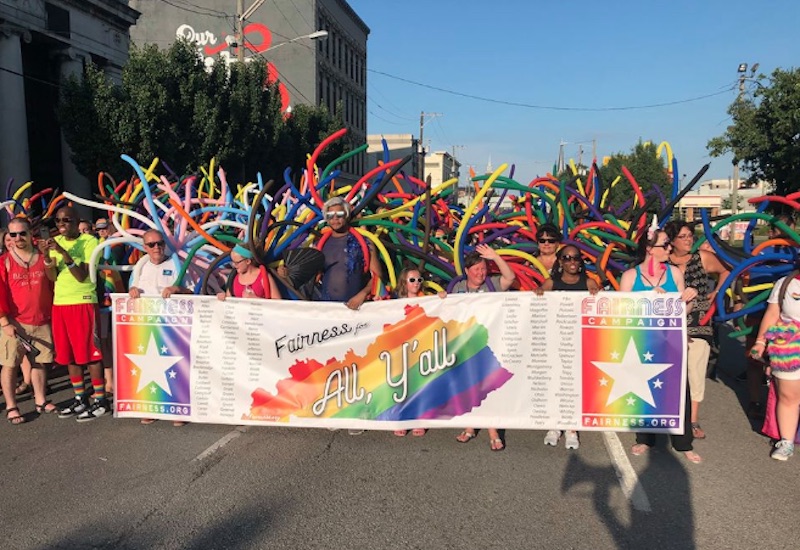 On the pro-LGBTQ side, bills to pass a statewide fairness law and ban conversion therapy have been filed in both chambers, with Democrats sponsoring the measures in the House of Representatives and Republicans sponsoring the bills in the Senate.

The conversion therapy measure in particular seems to have gained traction among some lawmakers. Sen. Alice Forgy Kerr (R-Lexington) implored her fellow lawmakers to watch Boy Erased, a movie based on the true story of a young man sent to a conversion therapy camp, and take that into account when deciding whether to support her bill, reports the Courier-Journal.

In response to a reporter’s question at a post-rally press conference, Beshear said he’d consider looking into pardoning people convicted under Kentucky’s now-defunct anti-sodomy law, which was overturned by the Kentucky Supreme Court in 1992, but refrained from making any concrete promises.

“It’s something we’ll have to think about and look at, but we certainly support the rights of our LGBTQ brothers and sisters and where they’ve been discriminated against we want to look at the issues and take action,” Beshear said.

Beshear also said he wasn’t afraid of any political backlash for speaking at the rally, believing it’s the right thing to do.

“I think it took too long,” Beshear said. “Under this administration, every single Kentuckian counts.”