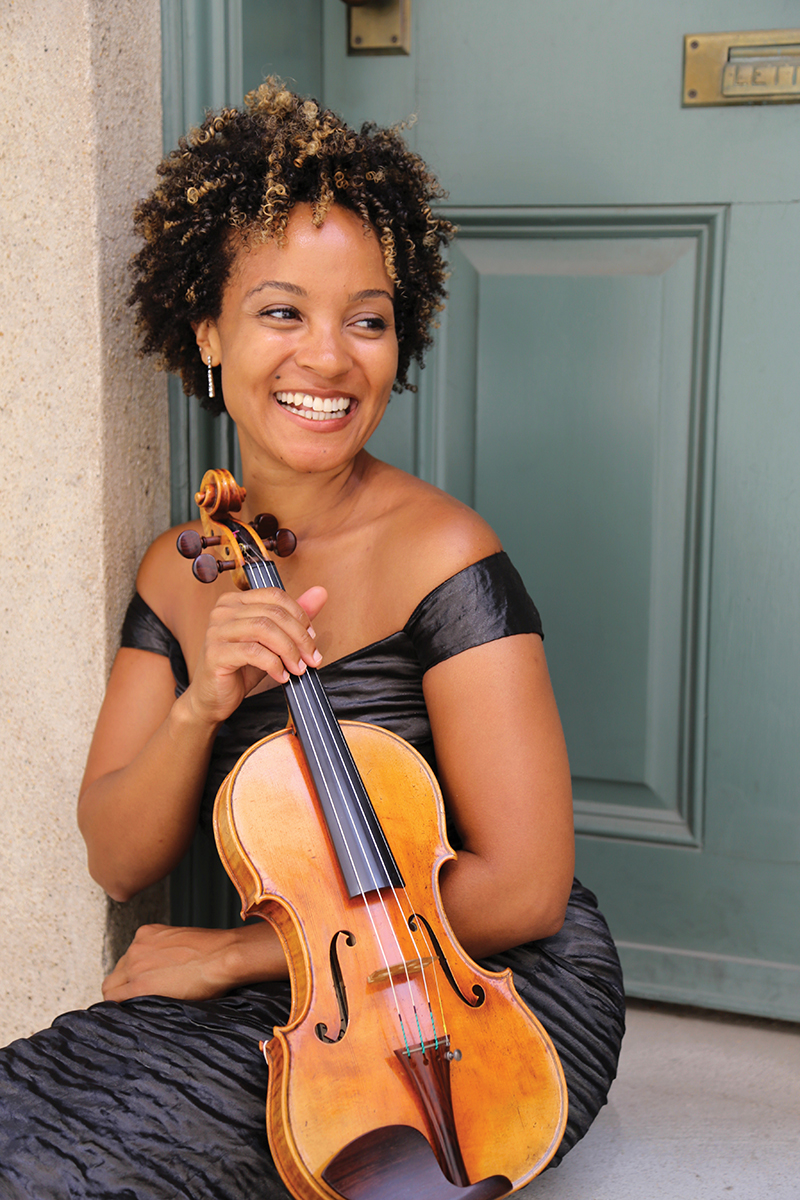 “Some kids beg for a dog, I begged for a violin,” says Melissa White, who first encountered the instrument while watching Sesame Street at age four. “And when I got it, I couldn’t put it down.”

Three decades later, the noted violinist uses her instrument as a source of inspiration for others. Take, for instance, her work with the Harlem Quartet, a group she co-founded in 2006 that performs chamber music to diverse audiences worldwide with a focus on “underserved schools where children don’t have access to music and art.”

The quartet weaves in more contemporary works by Duke Ellington and Wynton Marsalis along with centuries-old standards by Ludwig van Beethoven and Joseph Haydn.

White is also helping to diversify the classical repertoire through her work as a soloist performing with orchestras nationwide, including this weekend with the National Philharmonic for its concert, “Black Classical Music Pioneers.”

“Classical music, as a genre, basically relies on music written in history…by white men,” says Piotr Gajewski, the Philharmonic’s music director and conductor. “Only recently, within the last century or so, has that begun to change. The concert world has been maybe a little bit slow to adapt. [The National Philharmonic is] looking to change all that…. We’ll be mainstreaming works of women, African-Americans, Latino-Americans. We’re looking forward to really just kind of becoming more of a mirror of our community in that way.”

After what Gajewski calls “a little bit of a bump in the road last summer,” the organization is once again on solid footing following a major managerial overhaul.

“We have a new CEO, Jim Kelly, who is doing wonderful things,” he says. “We brought on some new board members, and we’re actually in a really great place where we’re doing some innovative programming and planning already. We’re looking ahead to some great guest artists and some great new repertoire, and bringing more diversity to what we do.”