Jury previously awarded $20 million to Keith Wildhaber, who claimed he was told to "tone down his gayness"

By John Riley on February 14, 2020 @JohnAndresRiley 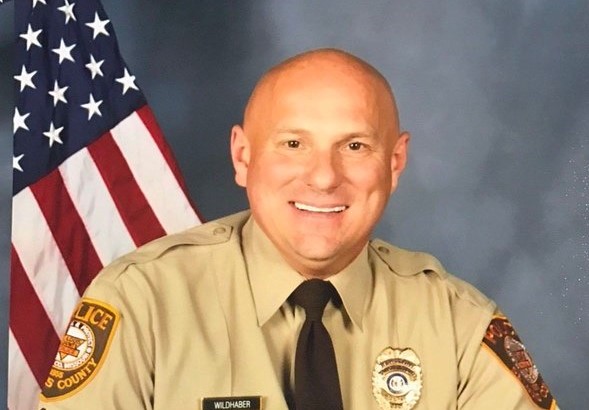 According to the settlement agreement, reached on Jan. 30 and finalized earlier this week, the county must pay Lt. Keith Wildhaber $7 million within 60 days. The remaining $3.25 million is due by Jan. 31, 2021. After his attorneys’ fees are paid, Wildhaber will likely walk away with about $6.5 million.

The amount of the total settlement is a little over half of the $20 million awarded to Wildhaber by a jury last October after a five-day trial in which Wildhaber accused his superiors of passing him over for a promotion 23 times because of his sexual orientation.

But it’s five times higher than the amount it could have been responsible for had it settled with Wildhaber out of court and agreed to his original demands, reports St. Louis NBC affiliate KSDK.

Wildhaber, who joined the police department in 1997, and received positive written reviews, but claimed he was told he was “way too out there with his gayness and he needed to tone it down” in order to earn a promotion.

After he filed a discrimination complaint with the Equal Employment Opportunity Commission, he claims his superiors retaliated against him by transferring him to a different precinct with a less desirable shift. Based on the EEOC’s findings, he then filed suit against the county.

Related: St. Louis cop who was told to ‘tone down his gayness’ awarded $20 million

Wildhaber’s attorneys have said that there were “multiple” offer to settle the case before it ever went to trial, but the county refused. The first time, Wildhaber offered to settle for less than $200,000 before even filing his lawsuit, but the county rejected that offer.

A month later, Wildhaber offered to settle for $850,000. But that offer was also rejected — albeit after a new county executive had come to power.

Some county counselors had speculated openly about appealing the matter, arguing that the jury’s verdict should be thrown out because Missouri’s nondiscrimination law does not explicitly protect people from discrimination based on their sexual orientation. By settling, that appeal — and the additional costs related to heading back to court — can be avoided.

Wildhaber, who has since been promoted and placed in charge of a newly-formed Diversity Unit, told the St. Louis Post-Dispatch that he will remain in his position and wants to finish his career on his own terms.

Asked whether it might be awkward to work with people who discriminated against him, he replied: “I can’t let that bother me…. If somebody gives me a side-eye, I can’t let that affect me.”

He did note, however, that he was upset at not receiving support from LGBTQ advocates, adding: “I had heard nothing from any of them through the process.”