"It seems to me you’re justifying bigotry," Jim Sciutto said 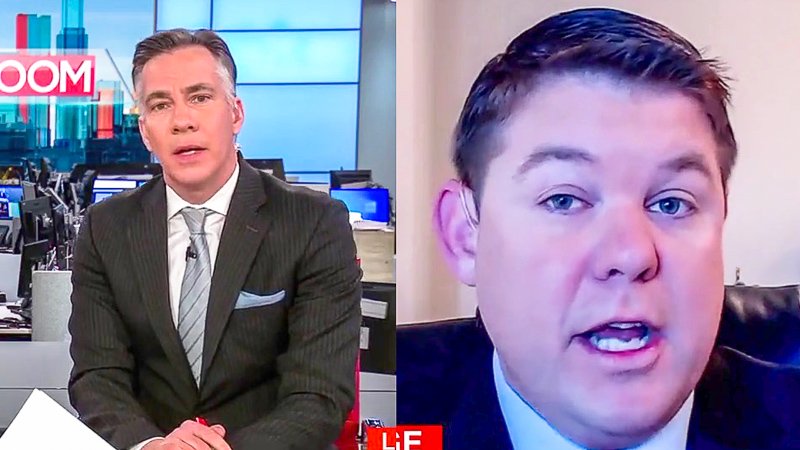 Limbaugh, who has a history of racist, sexist, and anti-LGBTQ comments, claimed America wouldn’t elect Buttigieg as president because he “loves to kiss his husband” Chasten Buttigieg.

CNN host Jim Sciutto asked Ferguson about the comments, to which Ferguson responded by claiming Buttigieg’s masculinity was inferior to Trump’s.

“I don’t think it matters that he’s gay,” Ferguson said, in comments reported by Raw Story. “I think that the thing that you are talking about here is two different issues. One, is anybody going to look masculine next to Donald Trump on stage? I think the only Democrat out there would be [former Vice President] Joe Biden.

“Do I think it should matter on the issue of his sexuality? No,” Ferguson continued, noting that he had discussed the issue on his radio show the previous day with Democratic callers.

“Does it matter that he is an openly gay man? There was a surprising number of Democratic voters that said that it was an issue for them,” he said.

He added he has “no problem with [Buttigieg] being a gay man,” but said there are “Democrats sitting there worried that this is going to be a bigger issue.”

Ferguson then referenced the voter in Iowa who, after learning that Pete Buttigieg is gay, asked to withdraw her vote for the former mayor.

But Sciutto had no time for Ferguson’s veiled attempt at homophobia, shutting it down by directly contrasting Buttigieg record with Trump.

“What’s more manly? Volunteering for military service, as Pete Buttigieg did, or avoiding it?” Sciutto asked.

Ferguson said that “serving your country is something that’s a great thing,” but refused back down.

CNN host Poppy Harlow then asked, “In what world is the definition of the qualification for being president of the United States how manly someone appears?”

“I did not say it was a qualification,” Ferguson responded. “When you put two different candidates on stage and there are people that make millions of dollars on both sides of the aisle that talk about what you wear for goodness sakes — men and women — what you say–“

Ferguson attempted to justify his argument by once again referencing Biden’s masculinity compared to Trump, before Sciutto stepped in to put an end to it all.

“It seems to me you’re justifying bigotry,” he said.

“Not at all,” Ferguson responded.

“Are you not?” Sciutto said. “Because here’s the thing, consultants might have said it’s a negative to be a person of color, you might have heard that. This is the year 2020. I’m just curious what you’re justifying here.”

Watch the exchange below:

Rush Limbaugh: Americans won’t vote for Pete Buttigieg because he ‘loves to kiss his husband’