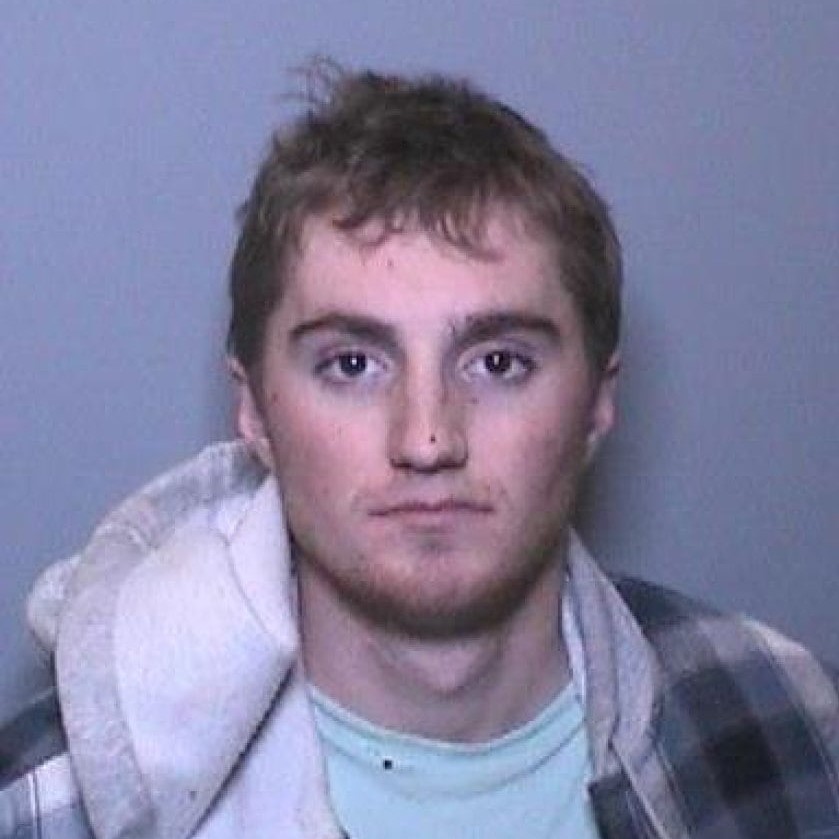 A 21-year-old man has been arrested in California after making racist and homophobic comments during an outburst in a classroom.

Dayton Kingery, from Greenwich, Conn., was filmed by fellow students last week at Chapman University in Orange, Calif., as he shouted slurs and allegedly destroyed another student’s property during the tirade, the Los Angeles Times reports.

Kingery was sitting in a classroom at the university when he told his fellow students that he had been drinking all day. Then things escalated.

“I f**king hate n****rs,” Kingery is heard saying in a video posted to Twitter.

“You should probably chill, buddy,” one student responds, but Kingery repeatedly utters the slur as the other students protest.

Someone tells Kingery he has “got to get out of here,” adding that his use of the slurs is “really not funny.”

“No, it’s the perfect combination I’m cussing you,” Kingery says, adding, “That’s exactly how I wanted it to go. I’m terrible at butthole stuff.”

This was recorded this morning during a lecture at Chapman. I’m posting this as a reminder as to why celebrating black history will always be important, why our work is not done. Racism is not “over” #thisisamerica pic.twitter.com/fzAVSmPuW8

A second video shows Kingery’s behavior worsening, saying “you don’t know who I am” and threatening to “fucking bury” a student who is filming him, adding, “I’m worth like $50 million.”

He then turns his attention to another student, shouting, “What’d you say? This fucking…this faggot right here.”

The students then push Kingery from the classroom, throwing his backpack to him in the corridor outside.

“That’s not my backpack, you fucking faggot,” Kingery says, throwing it down the corridor. He is then seen jumping on the backpack and falling over. As he stands up, he says, “Hope your laptop was in there you fucking faggot.”

I can’t believe nobody beat this kids ass 😂 pic.twitter.com/vhtVc42NdZ

Chapman President Daniele Struppa posted a statement to Twitter saying that Kingery was “no longer a student” at the university.

“Racist and homophobic conduct will not be tolerated on this campus and we took decisive and swift action,” Struppa said. “As of this afternoon, the individual responsible for this incident is no longer a student at Chapman University.”

Struppa also offered support and additional resources to those affected by the incident.

“I also want to extend my deepest apologies to the Black and LGBTQIA communities who were specifically targeted during today’s incident,” Struppa said in another tweet.

(2/2) We will soon be communicating additional resources available to you (via your Chapman email) as a member of the campus community. A situation such as this is difficult, it affected many, and we want to provide the needed support as we all move through this difficult time."

Orange police Sgt. Phil McMullin told the Los Angeles Times that Kingery was arrested on suspicion of making criminal threats and felony vandalism, after it was alleged that he broke a computer inside the backpack he jumped on.

He also reportedly resisted arrest, fighting with a public safety officer at the university. The officer is over 65, and McMullin said a count of elder abuse had also been added to Kingery’s charges.