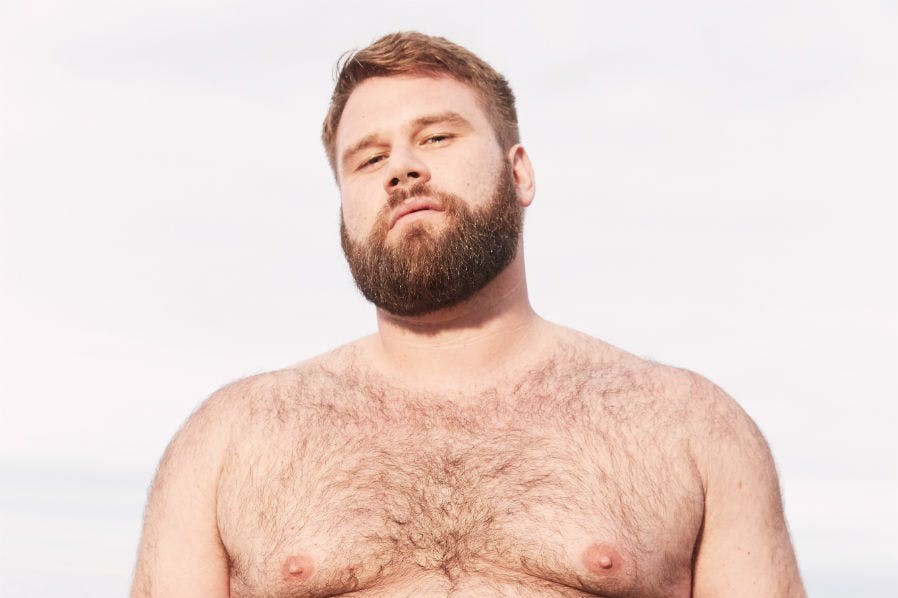 Abercombie & Fitch has cut ties with a gay plus-size model after racist comments were unearthed on his social media.

The comments by Michael McCauley, who has appeared in adverts for Target and Sling, included calling Black Lives Matter “extremists” and making fun of the Academy Awards’ lack of diversity.

In a statement to Queerty, Abercrombie & Fitch said it has “worked hard over the last few years, particularly under new leadership, to improve and be more inclusive with everything we do, including our marketing, our size ranges, our charitable partners, our store experiences and our hiring practices.”

“A&F’s Face Your Fierce campaign was created to help promote diversity, equity and inclusion, and the comments made by Mike McCauley clearly do not support that goal,” the statement read. “They also contradict the values of our company, our associates and our customers. As such, we are no longer working with him.”

McCauley, who touts himself as “America’s Favorite Teddy Bear Model” on his Instagram, was hired to be part of Abercrombie & Fitch’s “Face Your Fierce” campaign last month.

However, after Queerty published an interview with McCauley, a number of social media users started sharing posts from McCauley’s Facebook account that contained racist and insensitive comments.

In one post, McCauley says that Black Lives Matter — an organization that campaigns against violence and systemic racism towards black people — comprises “extremists that don’t really represent the majority of the black community.”

In another post, he wrote that BLM was “blocking the streets downtown and just made me late for a crucial meeting. Thank you for making your point — I’m glad your life matters more than mine.”

In a video posted on Facebook, McCauley responded to the #OscarsSoWhite movement in 2016 — started by activist and attorney April Reign in response to a lack of diversity among nominees — by saying he would boycott the Grammy Awards for not having “enough white people.”

“Jada Pinkett Smith, so, uh, since you’re going to be boycotting the Oscars, I’ve decided I’m going to boycott the Grammys because not enough white people are nominated,” he said.

McCauley initially responded to criticism by sharing a short statement saying that his comments were “not intended to be hurtful.”

“I realize how insensitive they are and I’m sorry for the harm they’ve caused,” he wrote.

However, after that response was further criticized for being “half-assed” and “boilerplate,” McCauley shared a six-minute long video on his Instagram saying he was “really, really sorry about all the comments that have come out recently from my past on Facebook. And I just want you guys to know, I don’t agree with any of that stuff that I said.”

He added: “It’s really shocking to see myself say those kinds of things. And I want you guys to know that is no way the person I am today.”

“I really hope you guys can see past these comments and know I’m doing my part to make this right,” he said. “I’m reaching out to my local Black Lives Matter chapter here in L.A. and I’m going to make sure I am educated as much as I possibly can on everything their movement is about, and if there is any way I can make this right and apologize directly to them, and potentially use my platform to make sure that other people don’t think this kind of language is OK, and understand why what I said is so offensive, and so hurtful and racist…because that’s not the world I want to live in and I don’t want to ever put that message out there.”

Transgender woman shot while being treated by paramedics in Charlotte, N.C.

Rhuaridh Marr is Metro Weekly's managing editor. He can be reached at rmarr@metroweekly.com.
← Previous Story LGBTQ activists call on FDA to allow LGBTQ people to donate blood
Next Story → Miley Cyrus says she left her church after gay people were sent to conversion therapy