AvantBard Theatre sets a sultry mood for Tennessee Williams' Suddenly Last Summer (★★★☆☆) by commencing the evening with Williams' lesser-known one-act, Talk to Me Like the Rain and Let Me Listen. Featuring an unnamed Woman (Miss Kitty) and Man (Erik Harrison) lounging in a Hell's Kitchen flophouse, the brief drama — written in 1953, four years before Summer — bears no relationship to the later play, and traverses only the slightest plot of its own.

The audience surrounds scenic designer David C. Ghatan's set of tall window panes practically caging the couple inside, echoing their palpable sense of feeling trapped — with each other, with their lot in life. Director Christopher Henley sends the Woman ranging from windowpane to windowpane as she sings her pain, then, in a shout, the play is done. Talk to Me Like the Rain serves as a pleasing, if insubstantial, amuse-bouche for the Southern-fried main course of Williams' lengthier one-act classic.

The widow Venable has summoned psychiatrist Doctor Cukrowicz (Matt Sparacino) to her manse to discuss ways of treating Cathy into silence. The play, of course, builds to Cathy spilling every awful detail of what happened to her same-sex-loving cousin Sebastian, and Barker molds her performance suitably to the rising crescendo of Cathy's emotions and stunning revelations. Hers is a florid turn, but if there's any writer whose language can absorb such flamboyant moves, it's Tennessee Williams.

Sparacino goes too far in the other direction, rendering an opaque Cukrowicz who works as interlocutor to draw out Cathy's truth, but doesn't much affect the temperature otherwise. Harrison, who spends most of Talk to Me Like the Rain lounging in silence, finds a consistently amusing register for his Summer supporting role as Cathy's dim brother George, alongside Megan Morgan's smart turn as their mother Mrs. Holly, caught between her love for Cathy and her fealty to Violet's dough. Wrapped in her fox stole, Mrs. Holly appears desperate to please the more powerful Violet, despite the potential cost to her own daughter. Money, power, and morality mix bitterly in the Venable household, sweetened by the honey-dripping poetry of the Bard of the South.

Suddenly Last Summer runs in repertory with Ada and the Engine through April 5 at the Gunston Arts Center, 2700 South Lang Street in Arlington, Va. Tickets are $40. Call 202-628-6161, or visit www.avantbard.org.

'Chemical Exile: Synthesis' is a stand-alone production, but it ties in with a year's worth of interactive productions. 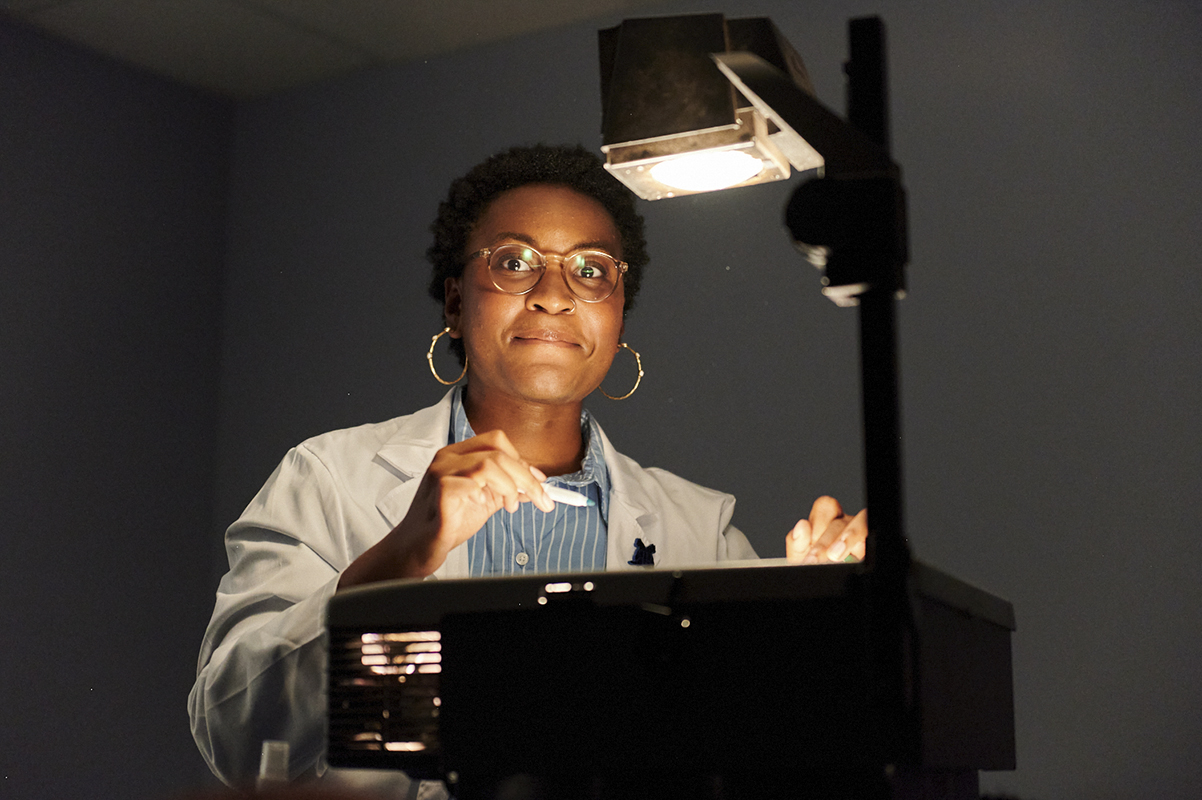 After returning from Amsterdam last fall, chemist Dr. Theodora Morris barely recognized her hometown, finding today's D.C. to be little like what she remembered. A plausible, if not altogether common, experience, that.

In this case, however, the story isn't actually real but a work of fiction concocted by a group of playwrights with Rorschach Theatre.

The work, Chemical Exile, is presented as the second, season-long immersive experience through the innovative company's "Psychogeographies Project."

"We have always been interested in immersive theater, ways you can kind of surround the audience with the world of the play," says Jenny McConnell Frederick, who co-founded Rorschach Theatre with Randy Baker over 20 years ago.