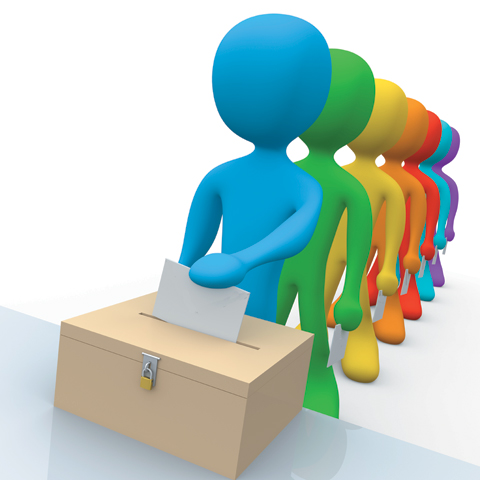 NBC has released exit polling showing that LGBTQ voters turned out in higher numbers, relative to their proportion of the population, in this year’s Democratic primaries.

In the states that voted on Tuesday, March 10, known as “Mini-Tuesday,” LGBTQ voters represented double or triple their proportion of the population.

That level of voter turnout follows a similar pattern exhibited in the states that voted in the March 3  “Super Tuesday” primaries, in which 9% of the electorate identified as LGBTQ, double the 4.4.% across those 14 states.

According to NBC News’ exit polls of Super Tuesday states, LGBTQ Democratic voters were substantially younger, with more than one-third being younger than 30 years old, and 65% of LGBTQ people under the age of 45.

Those same exit polls found that LGBTQ “Super Tuesday” voters are a more likely to identify as liberal, with 50% calling themselves “very liberal” and 30% being “somewhat liberal.” Just 4% of LGBTQ Democratic voters say they are conservative. Unsurprisingly, NBC News polls from the 2018 midterm elections showed that 82% of LGBTQ voters cast votes for Democratic presidential candidates.

Ahead of the 2020 elections, HRC has made major investments in, and has sent organizers to, six key states: Arizona, Michigan, Nevada, Ohio, Pennsylvania, and Wisconsin, in the hope of activating so-called “Equality Voters” — those for whom a candidate’s stance on LGTBQ issues would be a determining factor. The hope is that by activating those voters and getting them to the polls, HRC can help defeat President Trump in the presidential race and also get pro-equality candidates elected or re-elected in the U.S. Senate, House of Representatives, and local offices.

“LGBTQ voters have shown up in record numbers in states across the country and cemented our status as a crucial constituency to court,” HRC President Alphonso David said in a statement. “LGBTQ people and our allies are among the most politically engaged voters in the country, and Democratic presidential candidates are taking notice. LGBTQ and Equality Voters are fired up and ready to send the Trump-Pence administration packing.”