Police say evidence, including one suspect's confession, may lead to hate crime charges against the men 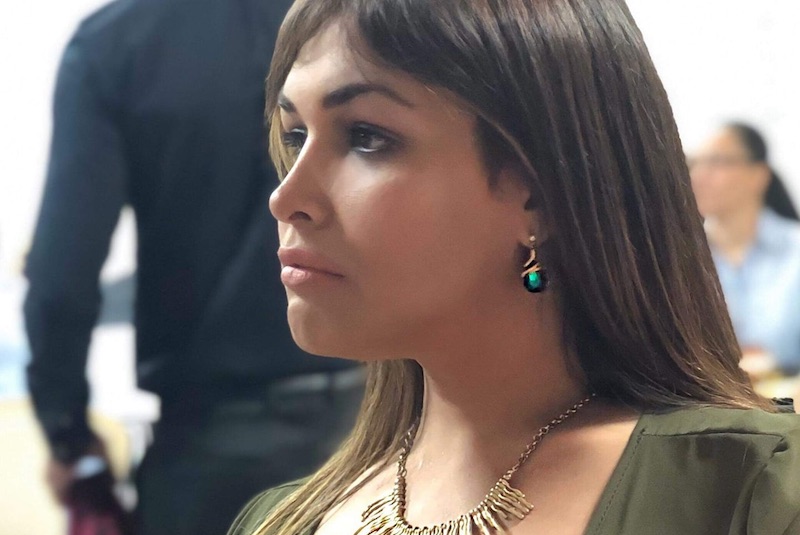 Serena Angelique Velazquez, one of two transgender women whose bodies were found in a burned out car in Puerto Rico – Photo: Facebook.

The Federal Bureau of Investigation will prosecute two men arrested for the murder of two transgender women in Puerto Rico last week.

The men, ages 19 and 21, were arrested on Wednesday for the murders of Serena Angelique Velázquez Ramos and Layla Peláez Sánchez, whose bodies were found inside the charred remains of a vehicle left on the side of the road in Humacao. Police say one of the suspects confessed, but that they have evidence against both.

Capt. Teddy Morales, the director of the Criminal Investigation Corps of Humacao, said that from the confession, the men reportedly were partying with the two women, believing them to be cisgender. After discovering the women were transgender, they reportedly began planning to kill them. Morales previously said police had discovered videos, shared on social media, showing the suspects with Velázquez and Peláez.

Morales told El Nuevo Dia that, based on communication between the local prosecutor’s office and  federal prosecutors, the evidence seems to indicate that the men were motivated by animus based on the women’s sexual orientation or gender identity. As such, the FBI can assume jurisdiction to prosecute the crimes under the federal hate crimes statute.

The announcement of the arrests came just hours after LGBTQ activists in Puerto Rico held a virtual press conference criticizing police and the government of Puerto Rico for their response to 10 murders of LGBTQ individuals over the past 15 months, including the murders of five transgender or gender-nonconforming individuals in the past two months.

In addition to Velázquez and Peláez, the other victims include Kevin Fret, an openly gay trap music artist who was killed ; Alexa Negron Luciano, a transgender woman falsely accused of peeping in a women’s bathroom and stalked before being killed on camera; Emilio Colón, a 79-year-old man killed in his home in Caguas; Carlos Morales Robin and Luis Díaz, two men killed near the Monument to El Jíbaro last year; Javier Morales, whose cause of death has not been determined but whose naked corpse was found in Salinas in mid-February; Yampi Mendez, a transgender man killed in Moca in March; and Penelope Díaz, a transgender inmate at Bayamon correctional complex earlier this month, who was beaten and lynched in her cell. Of those remaining eight murders, the perpetrator has only been identified in one — Penelope Díaz’s.

LGBTQ activists have also raised concerns about several violent attacks lodged against LGBTQ people where the victims were not fatally injured, such as a number that occurred in a rest area near the Monument to El Jíbaro last year.

The Wednesday press conference, organized by the Broad Committee for the Search for Equity, or CABE, in Spanish, criticized the response to the murders, the seeming unwillingness of law enforcement officials to prosecute them as hate crimes, and the government’s failure to prioritize or dedicate resources to combat an anti-LGBTQ atmosphere while uplifting LGBTQ people, particularly transgender individuals. 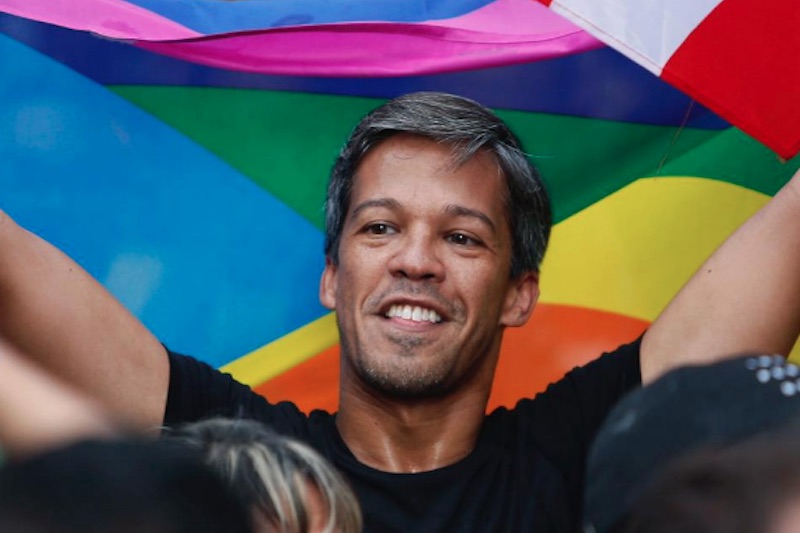 On Monday, CABE sent a letter to Puerto Rico’s Secretary of Public Security, Pedro Janer, and to Police Bureau Commissioner Henry Escalera demanding a meeting with both officials about the status of the investigations into the remaining unsolved murders, plans for preventing anti-LGBTQ crimes, and protocols to ensure police are not allowing their personal biases to impede investigations into incidents involving LGBTQ victims.

Serrano later issued a statement in which he celebrated the arrest of the two suspects in Velázquez and Peláez’s murders, but said that more needs to be done to bring about justice for the LGBTQ victims, saying it is important that crimes committed against an individual because of their sexual orientation or gender identity should be classified, and prosecuted as, hate crimes.

“Let us be clear: these arrests do not mean that this epidemic of anti-LGBTTIQ+ violence has ended,” Serrano said. “We will remain vigilant to resolve all cases, [ensure] that the police comply with their protocols on hate crimes and the treatment of LGBTTIQ+ people, [ensure] that justice is carried out, and above all, that a hate crime never happens again in our homeland. We are all Puerto Rico, and LGBTTIQ+ people deserve to live in peace, equity, and freedom.”

Other activists, including CABE spokesperson Carmen Milagros Vélez Vega, said the Puerto Rican government and lawmakers who have close ties to fundamentalist churches also bear some responsibility in creating a culture where homophobia is considered acceptable.

“The violence we are experiencing has its roots in hateful actions and rhetoric by fundamentalist politicians and religious leaders who incite others to persecute, demonize, and attack LGBTTIQ+ people,” Vélez noted. “Enough of using us as scapegoats for your divisive agendas. We are as human as the rest of society, and we deserve the same respect, the same freedom and the same equity.”

Natasha Alor, a transgender activist, called for justice for the victims and urged Puerto Ricans to create a society where transgender people can be treated with respect. She said that many transgender people are afraid to leave their homes for fear that they will become targets.

“It is very sad that there are people in this country who are afraid to go out in the street just because of who they are,” she said.

The Human Rights Campaign also weighed in, calling the string of deaths a “crisis” that the government must take action to resolve.

“This violence must end,” HRC President Alphonso David said in a statement. “Each of the 10 people who have been killed had a family, friends and a community. When we lose someone, especially under violent circumstances, it leaves a long trail of unshakeable trauma. The Human Rights Campaign is committed to supporting our partners on the ground and the Puerto Rican LGBTQ community as long as it takes for the government to take this seriously.”

Michael Vazquez, the director of the HRC Foundation’s Religion and Faith Program, say he has been dismayed at the slew of killings and particularly the anti-LGBTQ rhetoric being spread by religious communities on the island.

“The foundations of my spiritual life were formed in an evangelical church in the countryside of Puerto Rico. That is where I learned that at the core of Christianity is an ethic of justice, love and inclusion, all of which have informed my life’s work as I have fought against hate and exclusion, personally and professionally,” Vazquez said in a statement. “HRC is working closely with our partners on the ground in Puerto Rico to rapidly respond to this growing crisis.”

Editor’s note: This story was updated to include additional comment from the Human Rights Campaign.

John Riley is the local news reporter for Metro Weekly. He can be reached at jriley@metroweekly.com
← Previous Story Gay adult film producer claims restrictions on filming due to COVID-19 are “causing people to die”
Next Story → Beverly Hills police chief accused of calling lesbian woman “gross” has resigned