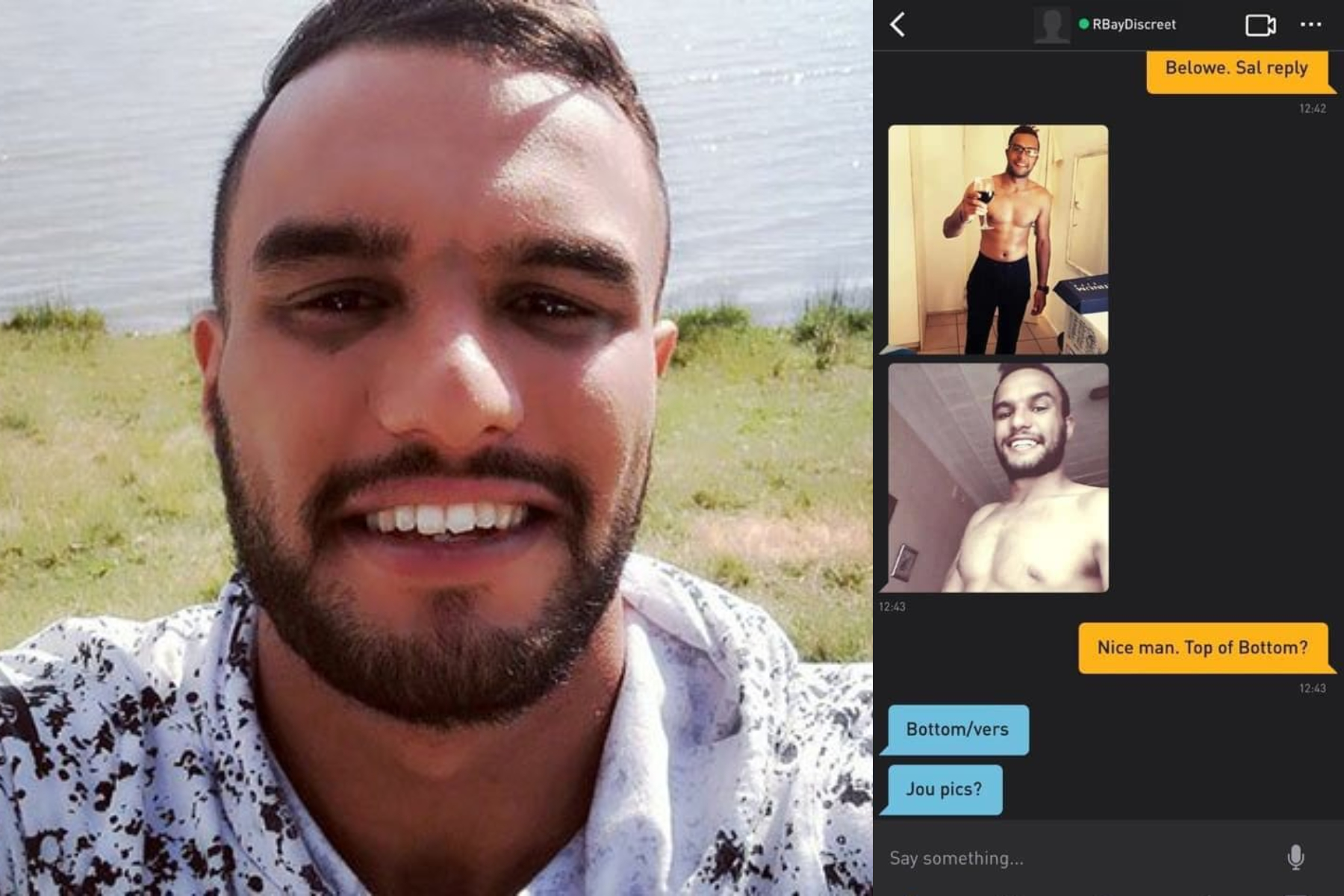 A South African man with a history of inflammatory statement towards the LGBTQ community, including blaming the COVID-19 pandemic on gay people, allegedly used Grindr to cruise for sex with other men.

This month, he said COVID-19 is “God’s judgment on a godless world,” alongside pictures of LGBTQ Pride parades, Mambo Online reports.

However, a Facebook group called “Expose Christian Otto” claims to have evidence of Otto’s Grindr profile, under the name RBayDiscreet, listing himself as “bottom/vers” and seeking sex.

The group’s administrators said they were not trying to attack Otto by exposing the profile they claimed belonged to him, but instead were trying to “[protect] vulnerable people from [him].”

Additional posts included snippets of text conversations that the group claimed proved Otto was in Richards Bay — hence the “RBayDiscreet” profile name — during the time the Grindr messages were sent.

In one WhatsApp conversation, a profile allegedly belonging to Otto writes: “I thought I could trust you dude. You say you deleted the Grindr chats. What are you trying to do? Delete and block me!”

The group shared a statement telling Otto that it was “time you stop” and saying they “will continue to expose you and raise up awareness against your hate speech.”

“You might have a ‘God’ or ‘prophet’ complex, but get one thing straight, you are NOT a prophet nor some form or religious authority, you are simply a desperate individual that constantly looks for clout and fame in what ever sick way you find next,” the message reads. “You think controversial opinions will get you attention, well now you have it, but I doubt in the way you want it.”

Speaking to Mamba Online, Otto said that the Grindr profile was faked and an attempt to smear him, saying he “thought Grindr was something that you cut metal with.

“All they are doing is creating falsehood against me,” he said. “They just took old photos off of my Facebook account and they created this profile. It’s not rocket science.”

He also rejected claims that his social media posts constitute hate speech, instead accusing his critics of hatred. In a subsequent video posted to his Facebook, he said, “I do not apologize for my Christianity or what I believe in” and accused LGBTQ people of harassing him.

While Otto denies ownership of the Grindr profile — which was deleted after it was shared by the Facebook group — his social media posts have led to an official complaint being submitted to South Africa’s Human Rights Commission.

The Rainbow Network, an LGBTQ group comprised of members of the country’s Democratic Alliance political party, said that though they respect freedom of speech and religious liberty, they “must, in no uncertain terms, condemn the use of religious freedom as a defence against bigotry, discrimination and hate speech.”

“Otto’s assertion that homosexuality is a mental illness and that those who do not conform to the gender binary must suffer from mental disorders, including a description of transgender individuals as delusional,” City of Ekurhuleni Councillor Kade Guerreiro told Mamba Online.

Guerreiro added: “Otto’s remarks are shamelessly inflammatory and homophobic, and are particularly dangerous at a time when, in addition to the monumental battle against discrimination and social abuse, the LGBTIQ community stands with the rest of our country, as we face a distressing and uncertain battle against the Covid-19 pandemic.”

In response to the human rights complaint, Otto told Mamba Online that he is a “God-fearing” Christian.

“I do not force my beliefs down any persons’ throats, but I do have the religious freedom to share mine just as the LGBTQ movement have the right to share theirs,” he said. “They have their own truth and I have mine, but we should respect each other in both of our truths.”

Rhuaridh Marr is Metro Weekly's online editor. He can be reached at rmarr@metroweekly.com.
← Previous Story Folsom Street Fair and Up Your Alley festivals to be held virtually in 2020
Next Story → A third transgender woman has been killed in Puerto Rico over the past two weeks