A Sainsbury's security guard ordered the men to separate, but ignored straight couples, they claim 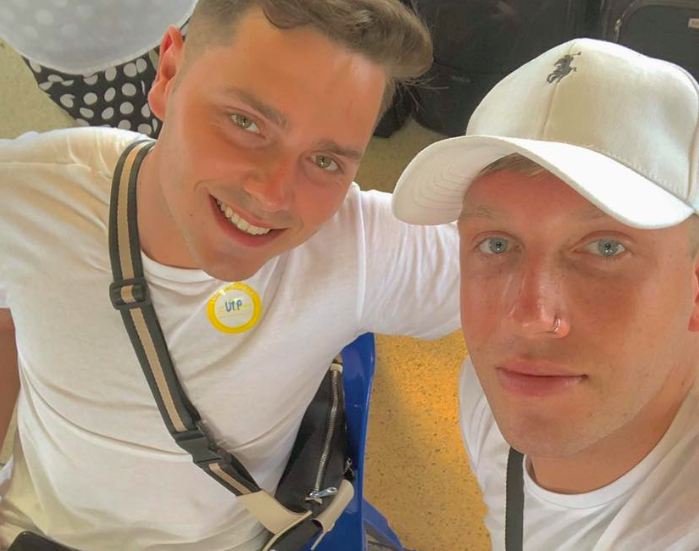 A British gay couple claim they were ordered to leave a supermarket in London after being told they couldn’t shop together due to social distancing.

Jake Holliday, 29, posted a video to Facebook Live claiming that a security guard at a Sainsbury’s supermarket approached him and his boyfriend, Rhys, while they were shopping and told them they had to separate.

According to Holliday, this was despite other opposite-sex couples shopping together in the store.

“We queued up like everybody else with a two-meter gap, as you can see outside there are men and women in together as a couple, so we’ve just walked in as we would as a couple,” Holliday said in the video.

Sainsbury’s guidelines for social distancing state that customers should only send one adult from each household to do their shopping, noting, “Our store teams will be asking groups with more than one adult to choose one adult to shop and will ask other adults to wait.”

But Holliday claimed that there were “there or four couples” in the store when he and his boyfriend were told to separate.

“I understand some shops are trying to restrict it to no more than two people coming in at a time, but obviously there are men and women coming in together,” he said. “That man’s probably going out now to try and separate them, but there were three or four couples that were coming in — men and women — allowed to go in shopping, but me and Rhys got separated.”

A manager, whose voice can be heard in the video, said that one couple was allowed into the store because the woman was the man’s carer, but otherwise paired shopping was not allowed.

“It’s nothing against your sexuality,” she said. “If we ask them on the door if they are together and they lie to us, we then stop them while they’re walking around the shop and ask one of them to leave.”

Holliday accused the security guard of being “obviously homophobic” due to the presence of other heterosexual couples who were not asked to separate.

The manager said she had “no issue” with the couple completing their shopping, but asked one of them to wait outside while the other finished.

Speaking to Metro.co.uk, Holliday said he and his boyfriend were left feeling like “criminals.”

“The way we were treated was so humiliating and embarrassing — the whole store looked at us as if we were criminals,” he said, adding that security guards “were circling us and nobody could seem to explain why male and female couples were allowed, but we weren’t.”

A Sainsbury’s spokesperson said that the supermarket chain, the U.K.’s second-largest, is an inclusive retailer, but reiterated that households should only send one adult to carry out shopping duties.

“We’re asking all our customers to send one adult per household to do their shopping where this is possible,” the spokesperson told Metro.co.uk. “This is to help us keep everyone safe and serve more households in less time. We are sorry for any confusion this may have caused.”

Rhuaridh Marr is Metro Weekly's managing editor. He can be reached at rmarr@metroweekly.com.
← Previous Story Turkish government frets that drawing rainbows will make children gay
Next Story → Trans youth claims he was raped, then stripped, beaten and tortured by gang in Ukraine