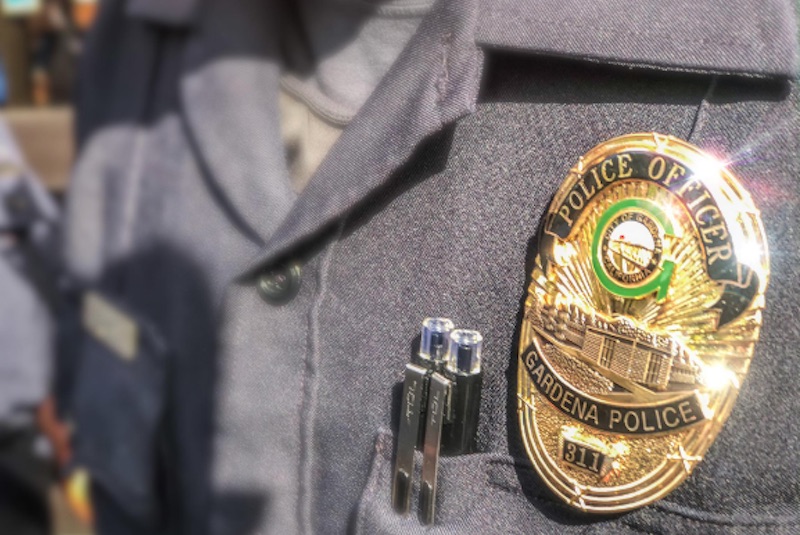 A former police lieutenant has filed a lawsuit against the city of Gardena, Calif., claiming he was fired from the force because he is gay and has HIV.

Former Lt. Steven Prendergast, who worked as both an officer and, later in his career, a spokesman for the Gardena Police Department from 1995 to 2019, filed the lawsuit in Los Angeles Superior Court.

Prendergast alleges that his firing was a form of discrimination based on sexual orientation, as well as disability or medical condition. He also claims the department failed to prevent on-the-job discrimination and harassment by his fellow officers.

In the lawsuit, Prendergast alleges that he was falsely accused of inappropriately touching two fellow officers during a trip to Washington, D.C. for National Police Week in 2019. He is seeking an unspecified amount of damages, reports the Daily Breeze.

Officials with the city and the police department told the Daily Breeze they had not yet been served with the lawsuit.

“It is the City’s consistent practice not to comment on lawsuits that have not been served,” the city and police department said in a statement. “The City does however strictly enforce its equal employment guidelines, including prohibitions on workplace harassment, against and for the protection of all ranks of its employees, from entry level positions to top level managers. The City will respond in court at the appropriate time.”

Prendergast claims that since being hired, he received regular promotions for his work and never had complaints about his work ethic or dedication. But, he says in the lawsuit, he did face homophobic remarks from some of his colleagues because he was gay and married to a man. He also claims he was denied access to the medical care of his choice because of his HIV diagnosis.

Prendergast denies the allegations that he inappropriately touched his fellow officers during National Police Week, saying there were no witnesses to the alleged act.

He also noted in the lawsuit that heterosexual officers who had admitted to inappropriately touching fellow officers were not terminated.

Prendergast believes the allegation was used to justify his firing, which was actually motivated by his sexual orientation and HIV stratus. He added that an internal investigation conducted by Police Chief Michael Saffell “was a farce that was intended solely to give the City the pretextual reason to terminate” him.

John Riley is the local news reporter for Metro Weekly. He can be reached at jriley@metroweekly.com
← Previous Story Gay man asks Dallas court to recognize his common law marriage to ex-partner
Next Story → Transgender woman identified as victim in San Antonio barbershop slaying