The eight $2,000 scholarships mark the highest amount the LGBTQ sports association has ever given out in a year 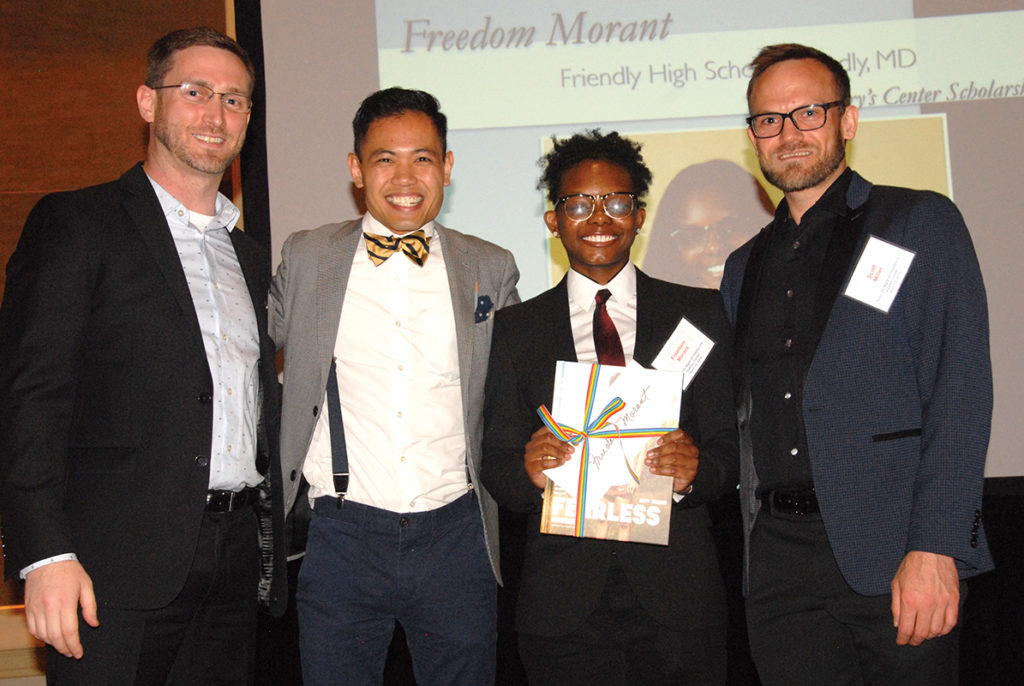 A past scholarship recipient at TeamDC’s Night of Champions — Photo: Ward Morrison

The scholarships — which are worth $2,000 each, marking the largest amount the organization has ever given out in a single year — are awarded annually to student-athletes from the D.C. Metro area who have received good grades and made outstanding athletic achievements over the course of their four years in high school.

Applicants must also submit an essay detailing how their LGBTQ identity has influenced their past successes, ability to persevere in the face of obstacles, or their future goals and endeavors.

“Each of these students have demonstrated impressive leadership in the classroom and on the athletic field,” Rene Tiongquico, the co-chair of the Team DC College Scholarship Committee, said in a statement.

“Since the Scholarship Program was created in 2008, our goal has been not only to support openly out student-athletes, but to educate and foster decisions with coaches, educators, and other school administrators about the challenges facing LGBTQ athletes,” added fellow co-chair Kevin Minoli.

Including this year’s awards, Team DC has given out 73 scholarships, totaling $94,000, over the past 12 years. Applications for next year’s scholarship will open on Nov. 1.

Typically, the eight scholarship recipients would be honored at Team DC’s annual Night of Champions Award Dinner, but that event has been canceled due to concerns over holding large events that might facilitate the spread of the COVID-19 virus.

“Despite the challenges presented by the ongoing COVID-19 pandemic…we felt it was important to maintain our commitment to help these young people as they begin their college careers,” Team DC Board President Tommy Rossman said in a statement. “We are proud to support efforts like the Team DC Scholarship Program that make sports a safe and more welcoming place for all competitors.”

Team DC also announced the first-ever recipient of its Horizon Award, which will honor an educator or coach that has demonstrated support for LGBTQ student-athletes. The award, which comes with a $500 cash prize, will be presented in 2021 to Mr. Robert Rigby, a longtime educator in the Fairfax County school system who has been one of the key advocates in recent years pushing the Fairfax County School Board to adopt LGBTQ-inclusive nondiscrimination policies.

The date and time when Rigby will receive the award has yet to be announced, and will likely shift based on any restrictions that local governments place on large-scale gatherings.

For more information on Team DC or its scholarship program, visit www.teamdc.org.