"Black people are dying at the hands of police, our country is in crisis, and we all need to take action" 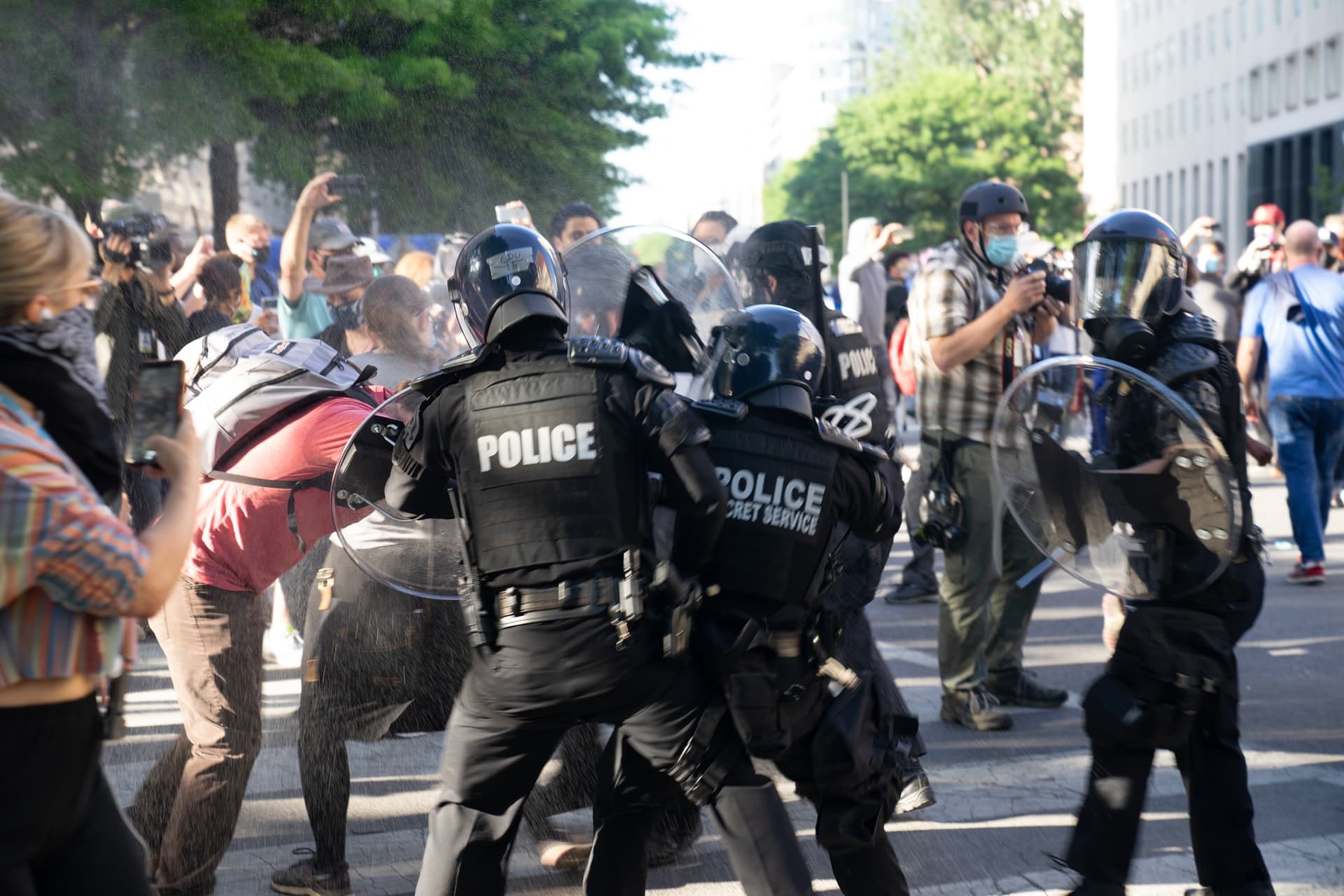 More than 350 LGBTQ and civil rights organizations are calling for “long-term transformational change” in the nation’s policing.

In an open letter spearheaded by the Human Rights Campaign, the nation’s largest LGBTQ rights organizations, they demand long-term, structural changes to policing, including the divestment of police resources and reinvestment of funds in communities.

It comes in the wake of nationwide protests over police brutality and systemic racism against Black Americans, sparked by the death of George Floyd, who was killed last month after a white Minneapolis police officer knelt on his neck for almost nine minutes.

In addition to urging Congress to pass the Justice in Policing Act — which seeks to combat police misconduct, excessive force, and racial bias in policing — the organizations outline four key principles in the letter that they argue should be included in any attempts at systemic change.

As well as the reinvestment of police funding into communities, they argue for increasing police accountability for officers involved in killings and excessive use of force, and reducing the “power and scope of police responsibilities” by shifting certain responsibilities from armed officers to other trained professionals.

“Ongoing police brutality and systemic racism have plagued this nation for generations and it’s time we join together to say enough is enough,” HRC President Alphonso David said in a statement. “It is time we take urgent and immediate action for structural change, for divestment of police resources and reinvestment in communities. Every day the racial violence that has filled our television, computer and phone screens is a stark reminder of how far we still must go to ensure that the promise of America is not dependent on the color of one’s skin.

“From Michael Brown, Tamir Rice, Sandra Bland, Philando Castile, Eric Garner, Stephon Clark, Freddie Gray, George Floyd, Breonna Taylor, Mya Hall, Tony McDade, Rayshard Brooks, and many more who were gone too soon — we are united to change the systems that target our Black and Brown siblings,” he continued. “The time for structural change and transformation is now.”

David thanked the organizations who joined HRC on the letter for standing “united to urge immediate and urgent action to rectify a legacy of white supremacy and anti-Black racism that continues to lead to police violence and killing of Black people across the country.”

“The LGBTQ community is familiar with fighting against systems of power that are set up to serve the privileged few,” David said. “We must speak out as strongly as we can and urge for change now.”

In the letter, the organizations call out police killings of Black Americans and “ongoing police brutality and systemic racism” that has “plagued this nation for generations.”

“Black people have been killed, Black people are dying at the hands of police, our country is in crisis, and we all need to take action,” the letter states. “We cannot sit on the sidelines, we cannot acquiesce, and we cannot assign responsibility to others. We, as leaders in the LGBTQ movement, must rise up and call for structural change, for divestment of police resources and reinvestment in communities, and for long-term transformational change. Now is the time to take action, and this letter amplifies our strong calls for urgent and immediate action to be taken.”

The letter notes the “increased frequency the shocking video footage of police brutality. Officers have been recorded instigating violence, screaming obscenities, dragging individuals out of cars, using unnecessary force, holding individuals at gunpoint, and kneeling on peoples’ necks to the desperate plea of ‘I can’t breathe.'”

“These occurrences are stark reminders of a police system that needs structural changes, deconstruction, and transformation,” the letter continues. “No one should fear for their lives when they are pulled over by the police. Parents should not have to “have a talk” about how to engage with the police to their children. We as a nation are bleeding, and it is now, once again, time to call for change at every level of government.”

On divestment of funds from police budgets, the organizations note that crime “is often a symptom of scarcity and our frayed social safety net is sorely underfunded.”

Rather than maintain police funding as is, they argue that crime rates can be reduced by instead “investing in direct assistance programs, affordable housing, education, mental health services, substance abuse treatment, and early intervention programs (including violence interruption programs).”

The organizations also call for first responder responsibilities to be shifted away from police and instead move healthcare workers, such as social workers and psychiatrists, to the frontline of health crisis events.

“Inadequate healthcare and a lack of social safety nets have led to increased police interaction with individuals experiencing mental health crises,” the letter states. “As a result, police officers are often called to assist in mental health emergencies, despite having little or no relevant training. This should change.”

Predictive policing, which uses algorithmic techniques based on historical data to forecast potential crimes, should also be abandoned, they argue, because it disproportionately affects minority communities by reinforcing “discriminatory biases in the criminal justice system,” which results in “over-policing of vulnerable communities, such as people of color and those from the LGBTQ community.”

Lastly, they argue that police union contracts should be made public and officers held financially liable for killings and excessive use of force, including ending paid administrative leave and eligibility to be rehired by police departments should an officer be fired.

“The disciplinary history of a police officer whose personnel records are riddled with instances of misconduct and bad behavior should not be protected from public scrutiny,” the letter states. “Making these contracts public and removing barriers that restrict access to records of police misconduct would allow for greater transparency and oversight and are necessary for public safety.”

In concluding the letter, they organizations say that there is “no state, no municipal jurisdiction, and no law enforcement agency where transformational changes are not necessary and urgent.”

“When celebrating Pride Month this June, we must remember that the protests and riots from Compton’s Cafeteria to Stonewall were sparked by Black and Latinx transgender women calling for police reform due to harassment and mistreatment of LGBTQ people,” the letter states. “We commemorate the history of the LGBTQ Movement, namely our resistance to police harassment and brutality across the nation, when such violence was common and expected.”

“We remember this time as transformative, where we overcame our pain and fear to push for the ability to live a more authentic and free life. Today, we join together again to say that enough is enough. The time for structural change and transformation is now.”