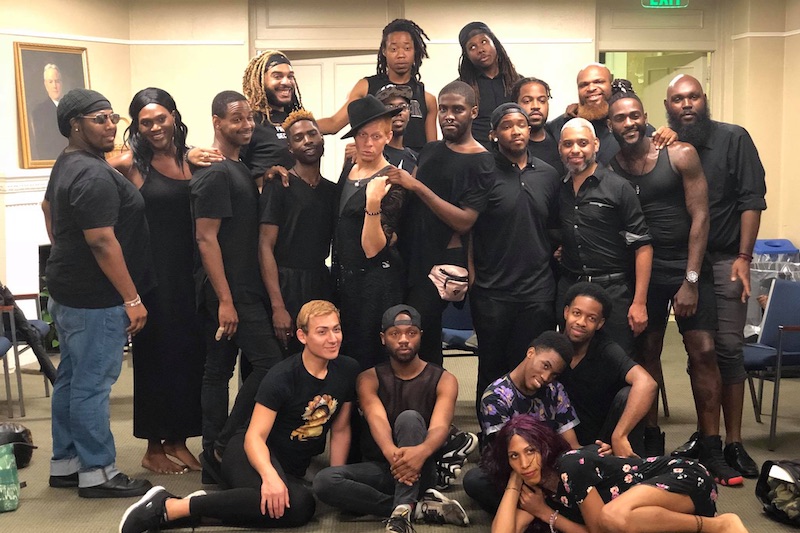 Breaking Ground, one of BHT’s past grant recipients – Photo: Facebook.

The BHT Foundation, formerly known as Brother Help Thyself, Inc., has vowed to center the importance of providing financial support in the form of grants to organizations focusing on social justice, racial justice, and civil rights.

Amid ongoing protests and demonstrations throughout the world to protest systemic racism, racial inequity, and police brutality, several LGBTQ organizations — mindful of the activist and revolutionary roots of the LGBTQ rights movement — have said they intend to stand in solidarity with black and brown communities and center their concerns.

“Now, more than ever, it is vital for each and every one of us to stand against racism,” BHT said in an open letter to the community posted on its website. “‘Not acting racist’…is not enough. We must be anti-racist.”

For the BHT Foundation, which provides grant money to local D.C. and Baltimore area LGBTQ nonprofits, that means standing in solidarity with the Black Lives Matter and other racial justice movements, and steering grants towards qualified LGBTQ organizations that specialize in fighting for social justice or standing up for historically marginalized and under-served populations.

On June 4, during a special meeting of BHT Foundation’s board of directors, the board approved four emergency grants to specific civil rights organizations, with $3,000 each going to the Baltimore Action Legal Team, which defends Baltimore residents who attempt to exercise their civil liberties such as freedom of speech or freedom of assembly; the D.C. chapter of Black Lives Matter; and Life After Release, an organization that works with people who were formerly incarcerated.

In order to expedite additional funds to deserving nonprofits, BHT is suspending its regular grant cycle for 2020.

An abbreviated, emergency grant cycle will launch on July 15, with an application deadline of Aug. 31 for any potential grant recipients. Grants will be awarded in mid-October.

Nina Love, the president of BHT Foundation, told Metro Weekly in an interview that the organization had previously intended to hold an emergency grant cycle to help nonprofits struggling as a result of the ongoing COVID-19 pandemic, but the importance of centering on racial justice became clear after the officer-involved death of Minneapolis resident George Floyd sparked wide-scale demonstrations.

“We started looking last year at how the grant applications reflect our values as an organization,” Love said. “We are currently looking at our requirements for grant applications The threshold we have is currently $2 million in revenue for a nonprofit [wishing to receive a grant], and that is much too high, when we talk about wanting to help the underdog.

“We’re trying to look at how we measure whether an organization is eligible: if they are filling a gap in resources or services, if they are demonstrating a positive impact on the community, or if they serve a population that is typically overlooked,” Love added. “We’re going to be looking at giving priority to those that receive less government and corporate support, those that have a smaller gross revenue, and those that serve under-funded and under-represented populations.”

Nonprofit organizations seeking to apply for an emergency grant can apply by visiting www.bhtfoundation.org.

John Riley is the local news reporter for Metro Weekly. He can be reached at jriley@metroweekly.com
← Previous Story Video and Photos of Prides Past: RuPaul, the DC Cowboys, Jennifer Holliday, more!
Next Story → Pride 2020: Pride-related events and special offers happening throughout June