Chris Cooper, the black bird-watcher who made national headlines after a video he shot of a white woman in Central Park calling the police on him following a dispute over her failure to keep her dog on a leash, is using his platform to endorse New York City Councilman Ritchie Torres for an open congressional seat in the South Bronx.

Cooper, an openly gay East Village resident, has a history of LGBTQ activism, including participating in a counter-protest against a 2011 rally held by then-State Sen. Ruben Díaz, Sr. (D-Bronx) to oppose a bill to legalize same-sex marriage in the Empire State.

Díaz, a Pentecostal minister and a fiercely anti-gay politician who is now a City Councilman, is the frontrunner to succeed Congressman José Serrano (D-N.Y.) as the representative for New York’s 15th Congressional District — although recent polling puts him only two points ahead of Torres, with 34% of voters undecided and several progressive candidates splitting the anti-Díaz vote.

In an interview with the New York Daily News, Cooper said he wanted to use the platform he received after video of his confrontation with white woman Amy Cooper (no relation) to support Torres over Díaz — whose anti-LGBTQ views concern him.

“Ritchie in his own person unites a whole bunch of things. He is openly gay. He is Latino. He is the intersection of a couple of things that are about equality and justice where people aren’t getting their fair shake,” Cooper said.

Cooper said he hopes his messages resonates with “anybody who believes in fairness, anybody who looked at what happened to me in Central Park and thinks it’s not right.”

He noted that Díaz has amassed a long history of anti-LGBTQ comments and actions during his years in public office.

In addition to voting against marriage equality when he was in the State Senate, Diaz voted against a law to expand nondiscrimination protections to transgender New Yorkers, and sued to stop an expansion of Harvey Milk High School, a public school for LGBTQ students.

In 2016, he invited U.S. Senator and then-presidential candidate Ted Cruz to New York to help him rally socially conservative and anti-LGBTQ voters behind his candidacy.

More recently, after winning election to the City Council, Díaz was stripped of his position as chairman of the Council committee overseeing for-hire vehicles after he said the body was “controlled by the homosexual community” in a Spanish-language TV program. He has refused to apologize for the comments.

Cooper’s comments to the Daily News come in the wake of several national LGBTQ organizations calling on some of the other progressives in the race to drop out and endorse Torres, for fear that their presence in the race will simply enable Díaz to win the primary, which all but ensures his election to Congress in November in one of the country’s most heavily Democratic districts.

“Rubén Díaz Sr. has been on gay people’s radar for a long time as far as how he has come after us over and over and tried to stifle our fundamental equal rights,” Cooper said. “That’s how the race got on my radar.

“Ritchie’s been openly gay and doing great stuff in the City Council for a while,” he added. “Hell yeah, I’ll support Ritchie.”

Torres graciously accepted Cooper’s endorsement, praising him as a “symbol of racial justice and a lifelong champion of LGBT equality” and as someone who “knows that the poisonous politics of Rubén Díaz Sr. represent a profound threat.” 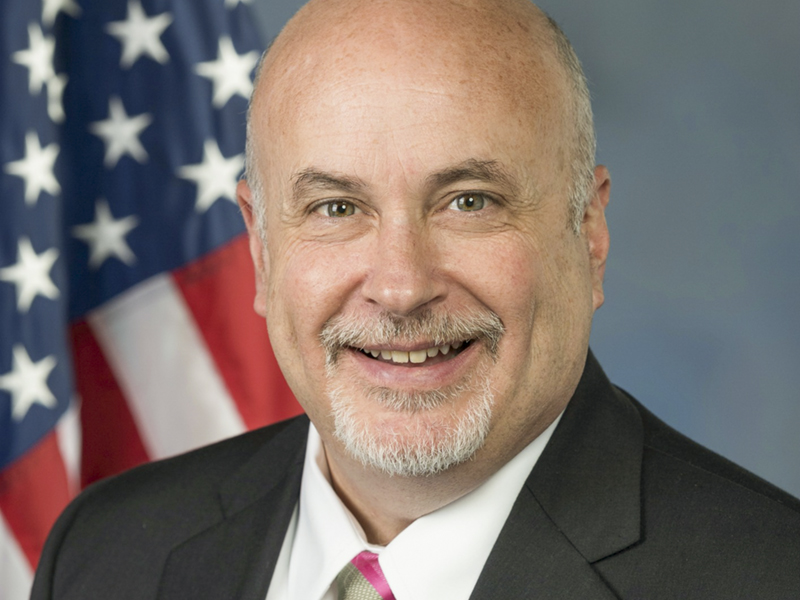 The first bill creates an eight-member commission -- consisting of individuals with expertise in museum planning or LGBTQ+ research and culture -- to look into the viability of establishing a national LGBTQ+ museum.